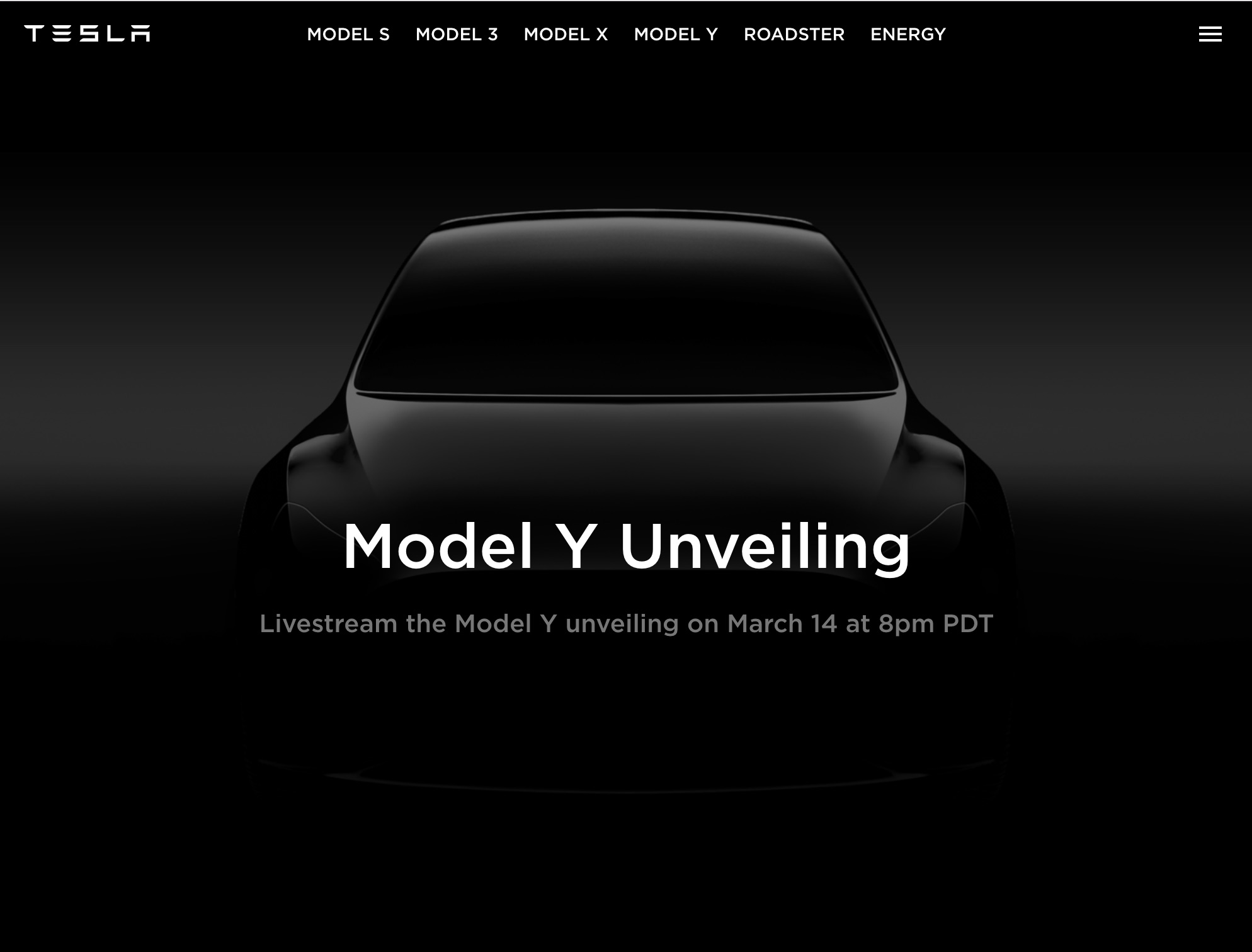 Tesla has added Model Y to its website ahead of the vehicle’s official March 14 unveiling completing CEO Elon Musk’s vision for a fleet of S-E-X-Y electric cars.

Tesla is set to debut a compact sports utility vehicle that’s expected to see of nearly 1 million units per year and become the company’s top-selling vehicle.

Visitors to Tesla’s website who click on “Model Y” will be redirected to a landing page that shows an image, first teased by CEO Elon Musk during Tesla’s 2017 Shareholder Meeting. By adjusting the light balance on Tesla’s Model Y teaser image, we can see a slight resemblance to the Model 3, which the vehicle is derived from.

Tooling for Tesla Model Y will begin this year, according to the company’s fourth quarter and 2018 full year update letter.

With 75% of Model Y’s components being shared with the Model 3, Tesla expects to be able to hit volume production by the end of 2020 from Gigafactory 1 in Sparks, Nevada.

A of the Tesla Model Y unveiling event will begin at 8 pm PDT.