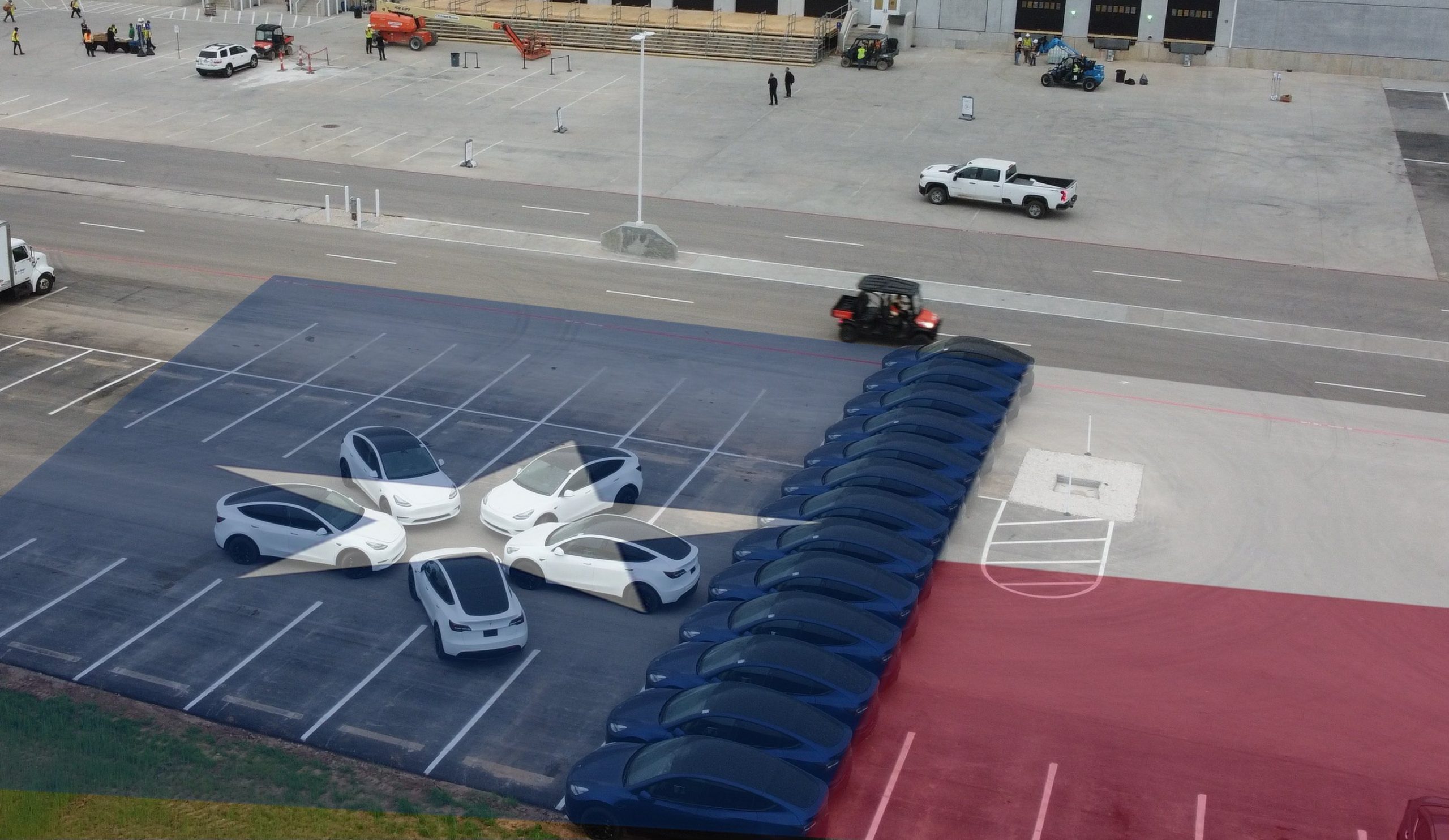 Preparations for the Cyber Rodeo at Gigafactory Texas are fully underway, and Tesla seems to be preparing something special for the event’s attendees. If speculations are right, Tesla may be creating a treat for the eyes using different colored Model Ys parked in a rather special formation.

Images of Model Ys from Gigafactory Texas have been recorded over the past few days, with drone flyovers of the complex showing a growing number of red, black, blue, and white Model Ys. Interestingly enough, five of these white Model Ys were photographed being parked in a star formation. This was eye-catching enough, but the vehicles were also placed beside a line of blue Model Ys.

The formation of the parked Model Ys caught the attention of the Tesla community, including EV enthusiast Owen Sparks, who noted that the star-shaped white Model Ys and the line of blue vehicles seemed to be the start of a Texas flag formation. This seems quite plausible considering that Tesla has been producing red and white Model Ys recently. Needless to say, the creative depiction of the Lone Star flag would likely be one of the highlights of the Cyber Rodeo.

As the date for the Cyber Rodeo approaches, Tesla has launched an official FAQ site for the event. As per the company, the doors to the event would open at 4:00 p.m. local time, with remarks beginning around sunset. Attendees of the event are advised that no re-entry would be permitted. The event is also exclusively for adults, and Tesla made it a point to highlight that tickets to the Cyber Rodeo could neither be purchased nor transferred to another person.

The company has listed several items that will be prohibited at the event. These include smoking and vaping devices, professional audio/video recording equipment, pets, drones or any other remote flying device, firearms or weapons of any kind, illegal substances, and outside food or beverages. These restrictions should be manageable and worth it, as the Cyber Rodeo is looking to be an extremely fun party.

There are quite a lot of expectations for the Cyber Rodeo. Considering the name of the event, speculations are high that the Cybertruck’s updated prototype would be making an appearance. Other upcoming vehicles like the Tesla Semi have been spotted in Giga Texas recently, too, so it will not be surprising if the company brings its next-generation Roadster to the Cyber Rodeo as well.

Watch a recent drone flyover of Tesla’s Gigafactory Texas site in the video below.