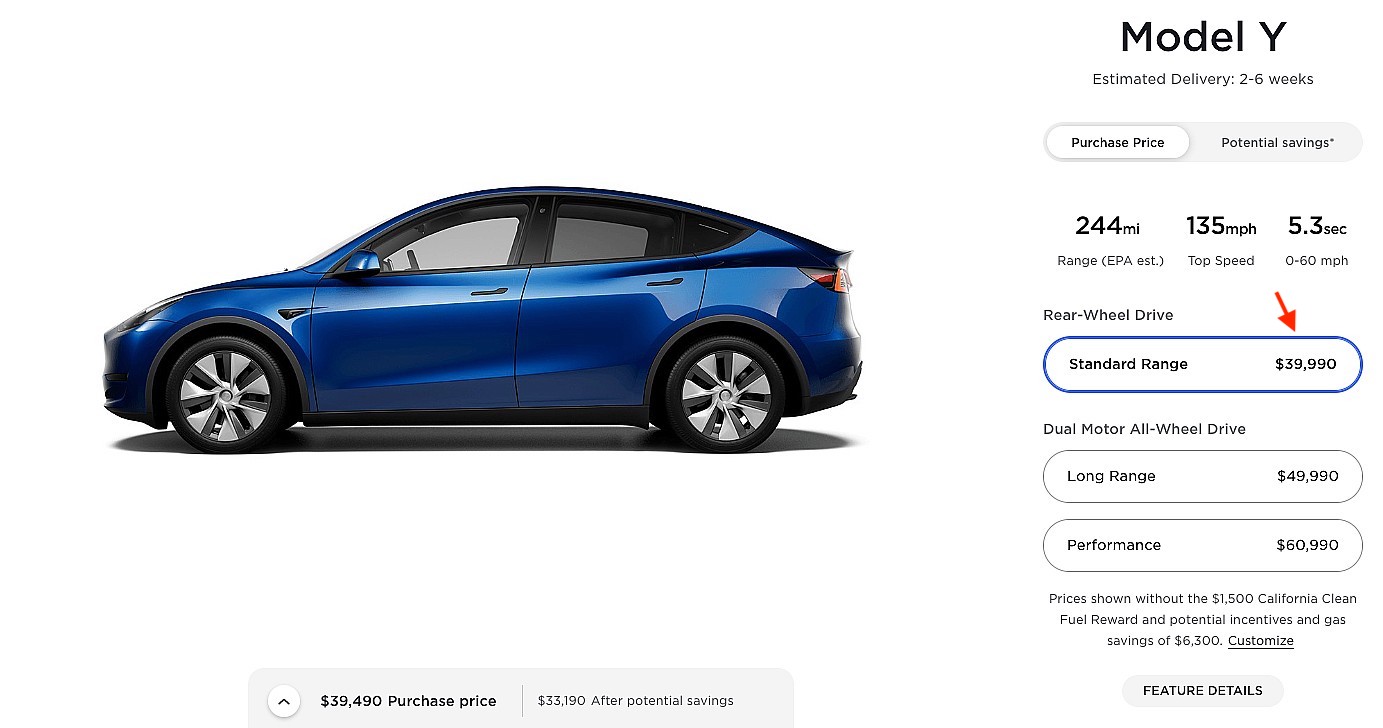 The price updates for the Model Y and Model 3 only affect the vehicles’ base variants, with the price of the Long Range Dual Motor AWD versions of both EVs remaining the same. Interestingly enough, the price of the Model 3 Performance and Model Y Performance actually got higher, with the former now costing $55,990 from $54,990, and the latter now starting at $60,990, up $1,000 from its previous price of $59,990.

The base Model 3 and Model Y’s price adjustments would make the two vehicles attainable to a larger number of potential buyers. At less than $37,000 to start, the Model 3 Standard Range Plus would cost just above $35,000 with California’s $1,500 Clean Fuel Reward. If one were to consider the potential $7,000 tax credit planned by the Biden administration, the Model 3 Standard Range Plus would effectively cost below $30,000.

The same is true for the Model Y Standard Range. At $39,990, the entry-level variant of the all-electric crossover has effectively matched the price of key competitors in the market such as the Volkswagen ID.4, which has a starting MSRP of $39,995, or even some popular ICE crossovers like the Toyota RAV4, whose Prime XSE trim costs $42,600. Coupled with the potential $7,000 tax credit from the Biden administration, the base Model Y could very well be one of the most bang-for-your-buck crossovers in the market.

With the recent price adjustments in place, Tesla has taken yet another step at achieving its initial target estimates for the Model 3 and Model Y’s starting price. The Model 3, after all, was expected to start at $35,000, and the Model Y was announced with a starting price of $39,000. At its current prices, the Model 3 and Model Y could very well break through the mainstream market, allowing Tesla to attract budget-conscious buyers even before the release of its highly-anticipated $25K car.