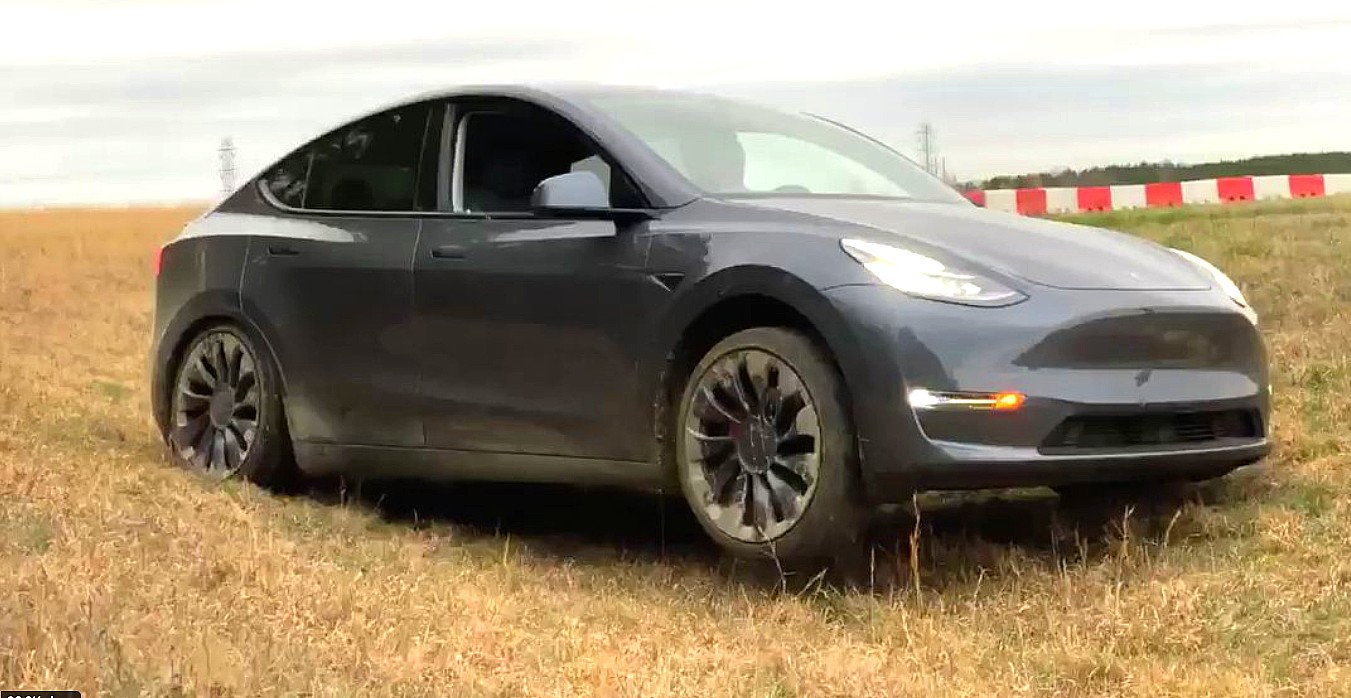 (Credit: Out of Spec Motoring/Twitter)

The Model Y is pretty unique in the way that it is the only Tesla today with a dedicated “Off-Road Assist” mode. This feature, despite being more of a side function for the Model Y, bodes very well for the Cybertruck’s off-road and overlanding capabilities.

The Tesla Model Y’s design gives the impression that the vehicle is designed for the city, and this is no more emphasized in the Performance variant, which sits low on the ground with large 21″ Überturbine Wheels. The Model Y Performance is built for quickness and handling, but if a recent video is any indication, even such a vehicle can hint at some of Tesla’s off-road tech that is currently in development.

The Out of Spec Motoring group recently managed to get their hands on a brand new Model Y Performance, thanks to owner-enthusiast Brian of the i1Tesla YouTube channel. The motoring group tested the Model Y’s track capabilities, and they came away impressed at the vehicle’s driving dynamics. But in a recent tweet, the group also demonstrated how Tesla’s Off-Road Assist feature worked on the Model Y.

The test was brief, and the location of the run was only the uneven, grassy outskirts of the North Carolina Center for Automotive Research track. But even in the quick test, it was evident that the Model Y’s “off-road” assist feature performed quite a bit better than the AWD systems used by Tesla in its previous vehicles, like the Model X and the Dual Motor Model 3.

The group, for one, opted to check how the Model Y handles a situation where some of its tires are off the ground, compromising its traction. Based on the short clip, the all-electric crossover did not seem to have any problems sending power to the correct wheels. This allowed the Model Y to navigate the uneven terrain without any difficulty.

While critics would be quick to point out that Out of Spec Motoring‘s Model Y off-road test only provided a slight strain on the all-electric crossover’s systems, it should be noted that the vehicle will likely provide Tesla with valuable data that could then be used for the company’s upcoming vehicles like the Cybertruck.

Unlike the Model Y, the Cybertruck is designed as a true rough-and-tough vehicle, and it would require a dedicated off-road assist feature that’s enough to match or perhaps even shame industry leaders such as Jeep and land Rover. This is especially true if Tesla were to target the overlanding market, a community of buyers that prioritize vehicles that can handle the elements for extended periods of time.

The Model Y’s Off-Road Assist feature will likely be used for the most part to traverse terrain much like the one used by Out of Spec Motoring in its brief test. Yet the feature could very well turn out to be the next Track Mode, a capability that will likely allow the company’s flagship vehicles to dominate on the closed circuit when they get released. While the Model 3’s Track Mode would likely enable the next-gen Roadster to outclass other supercars, the Model Y’s off-road assist would likely pave the way for the Cybertruck’s disruption of the pickup truck market.