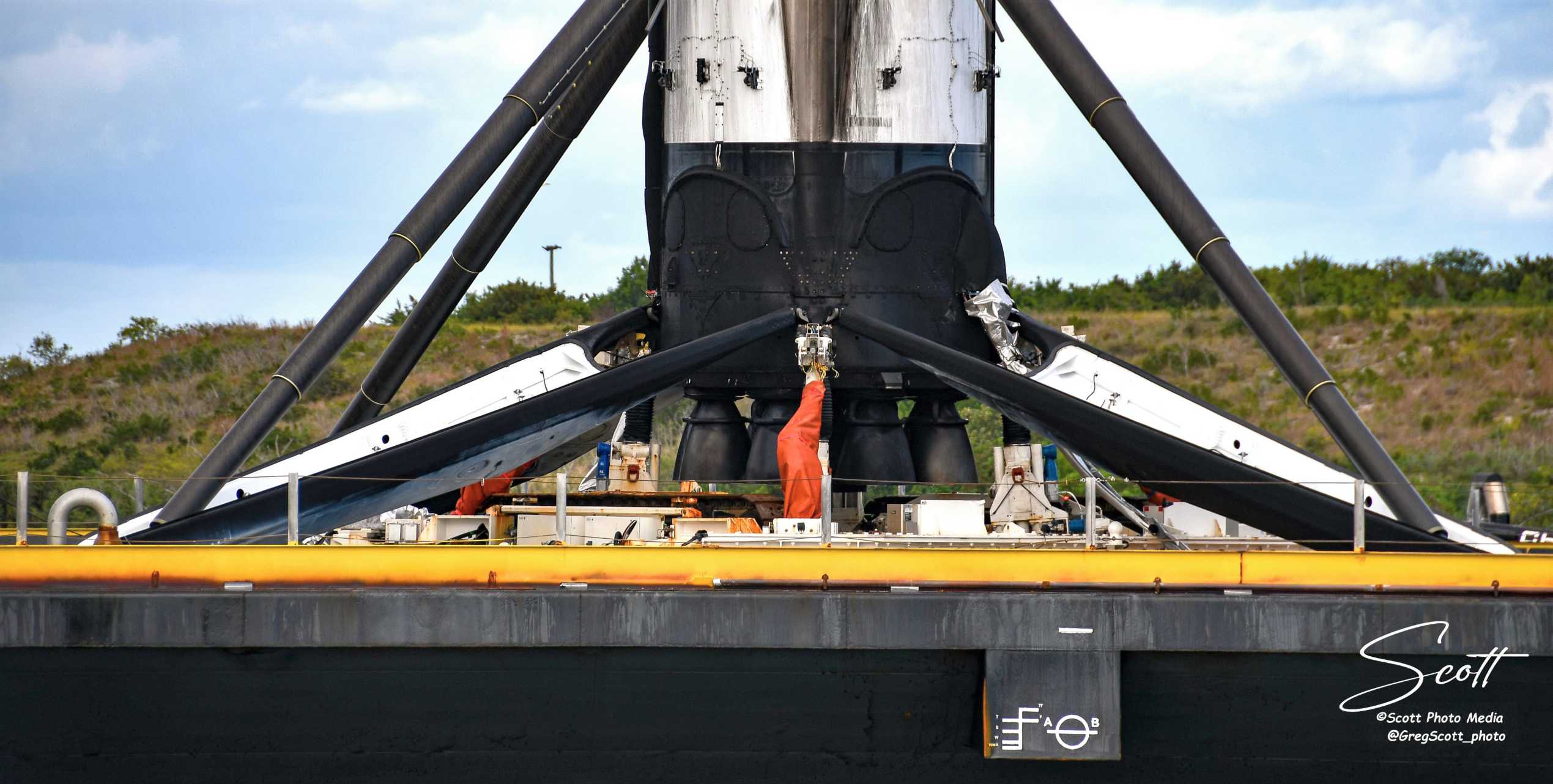 SpaceX has completed its 13th and final launch and landing of the year and decade, marked by a Falcon 9 booster’s successful return to Port Canaveral and subsequent processing to prepare it for another orbital-class mission.

Over the course of that recovery, SpaceX broke the record for the fastest Falcon 9 processing by several hours, a small but significant step towards the company’s ultimate goal of launching and landing the same Falcon 9 booster in less than 24 hours. Additionally, SpaceX appears to have finished processing booster B1056 on December 21st, the 4th anniversary of Falcon 9’s first successful landing after an orbital-class launch.

Since that first success on December 21st, 2015, SpaceX has rapidly moved through several distinct iterations of Falcon hardware, constantly improving components, systems, and the overall fit, finish, and reliability of the rocket. Over the last four years, SpaceX has landed an incredible 47 Falcon 9 and Falcon Heavy boosters as part of 60 orbital-class launches, while the company recently launched Falcon 9 B1048 for the fourth time and flew the same two Falcon Heavy boosters in April and June. Ultimately, 2019 has been a spectacularly successful year for SpaceX, and – by the numbers – 2020 is set to be several times more ambitious, still.

On December 20th, less than a day after arriving in Port Canaveral, SpaceX technicians began the process of retracting Falcon 9 booster B1056’s four deployed landing legs. As it turns out, B1056 – returning to port for the second time after its third launch – became the first Falcon 9 booster to have all of its landing legs successfully (and semi-permanently) retracted in May 2019. To accomplish the feat, SpaceX designed a custom retraction mechanism that simultaneously serves as the crane jig used to lift the booster while vertical.

“The crux of the need for a relatively complex crane-and-jig method of leg retraction rests on SpaceX’s landing leg design. Put simply, after rapidly deploying with a combination of gravity and hydraulics, Falcon 9 landing legs have no built-in way to return to their stowed state. Each of the four legs are quite large, weighing around 600 kg (1300 lb) and stretching about 10m (33 ft) from hinge to tip. They use an intricate telescoping carbon fiber deployment mechanism to give them legs enough strength to stand up to the stresses of Falcon 9 booster landings.

Combined, the legs’ size and telescoping mechanism makes the addition of an onboard retraction mechanism impractical. All the needed hardware would struggle to find a good place for installation and would quite literally be dead weight during launches and landings, stealing from Falcon 9/Heavy payload capacity and generally serving no purpose until a booster has been lifted off the ground with a giant crane.”

Impressively, SpaceX took less than an hour and a half to successfully retract all four of thrice-flown Falcon 9 B1056’s also thrice-flown landing legs. Less than three hours after the rocket’s legs were snugly retracted, SpaceX immediately attached a second crane and brought the booster horizontal. Altogether, this made Falcon 9 B1056’s third recovery the fastest SpaceX has ever performed by 3-6 hours – seemingly small progress but still no mean feat.

SpaceX’s fastest-ever Falcon 9 recovery – from the drone ship berthing to the booster departing the port on a transporter – occurred with B1049 after its third launch and landing, taking just 2.01 days (48.25 hours). Falcon 9 B1056’s third recovery appears to have beaten that record by at least several hours, brought horizontal and installed on a SpaceX transporter perhaps less than 1.75 days (42 hours) after arriving in port – more than 10% faster than B1049’s previous record.

Meanwhile, SpaceX lifted a fairing half recovered off the surface of the Atlantic Ocean by GO Ms. Tree, appearing unharmed after having potentially been dropped when the ship’s secondary (fairing) fishing net tore while moving the Falcon 9 hardware.

With any luck, that fairing half will be in good enough shape to be reused on a future Starlink mission, seemingly unlikely but proven to be well within the realm of possibility after SpaceX’s very first fairing reuse involved two halves recovered off the ocean surface after Falcon Heavy Block 5’s April 2019 debut. B1056, however, is all but guaranteed to fly again – this time on its fourth launch – in the near future. SpaceX has dozens of launches planned in 2020, so there will be plenty of opportunities.