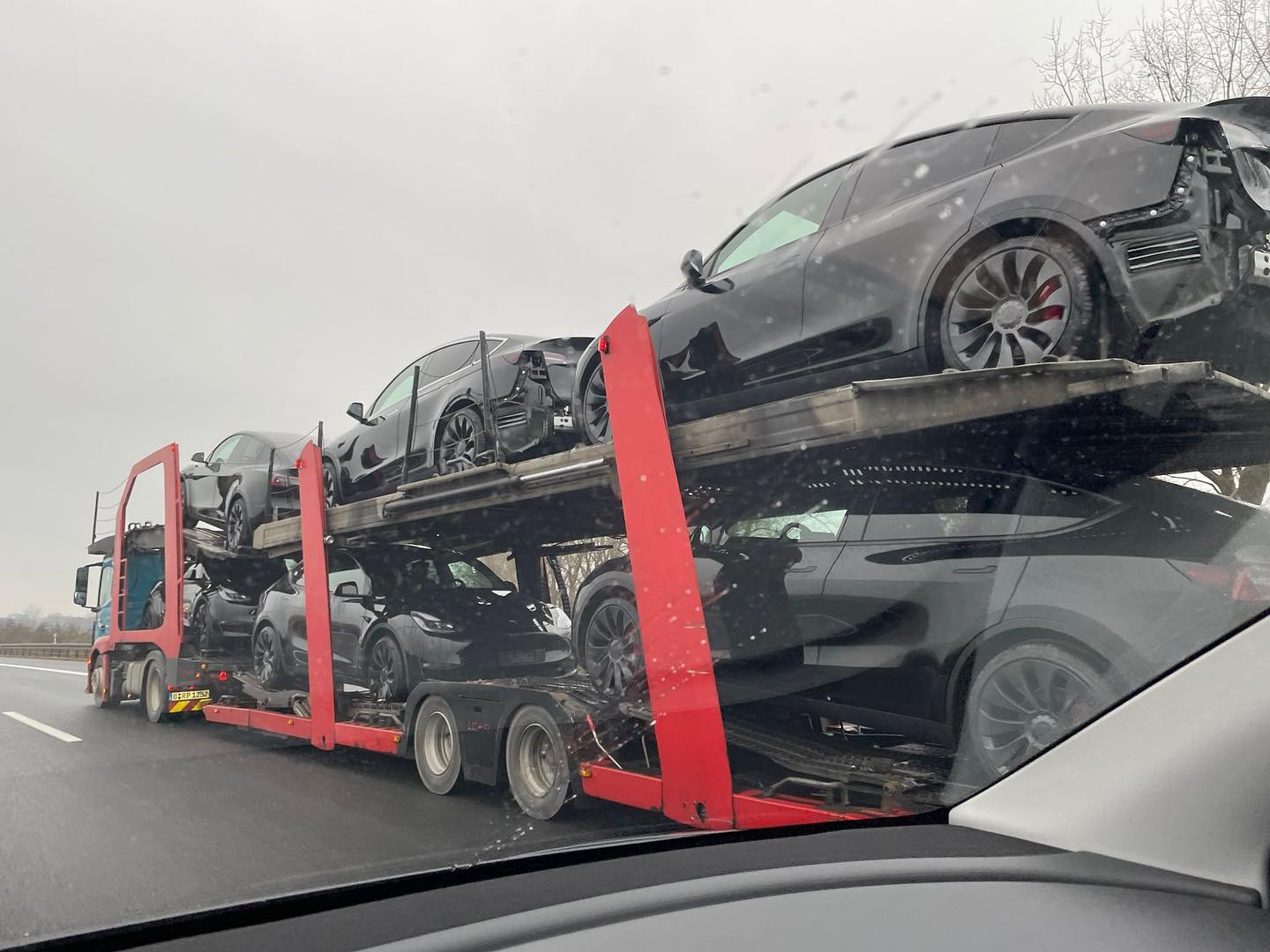 Tesla Model Y Performance variants were spotted on vehicle haulers in Germany, leaving the soon-to-be-approved production facility the automaker plans to open near Berlin in early 2022.

Images of Model Y Performance configurations were spotted by Steve and Julian Igembb on Facebook and shared by user @TeslaAdri on Twitter. The photographs show six Model Y Performance vehicles on haulers, likely being transported to a nearby facility for crash testing, emissions assessments, and range rating research as the vehicle will eventually be produced at the plant and delivered to customers. 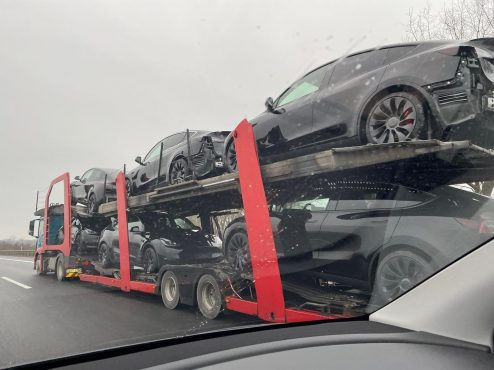 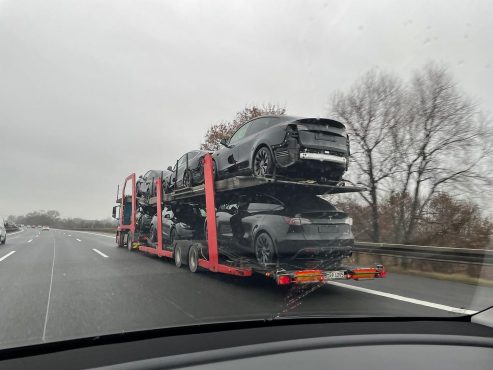 The Performance trim can be recognized in several ways: red brake calipers or a red line under the “Dual Motor” badge, located on the vehicle’s trunk.

The Model Y is Tesla’s most recently released vehicle, being delivered for the first time in March 2020. Since then, the vehicle has become Tesla’s best-seller, overtaking the Model 3 sedan. It has taken priority at Tesla’s first European production facility and will be produced there initially, with other vehicles to follow after the all-electric crossover has been fully ramped at the plant.

Prior to the Model 3 Performance being built at Tesla’s Gigafactory Shanghai plant in China, images of that vehicle were also spotted being transported to an unknown location on vehicle haulers.

Gigafactory Berlin was expected to begin production before the end of 2021. However, various bottlenecks in regulatory processes have pushed Tesla’s initial production at Giga Berlin to early 2022. Tesla has sparred regularly with local environmental groups, who have raised concerns over groundwater and other potentially hazardous elements, like a storage tank, at the site. Recent holdups have been related to a hearing related to water pumping at a nearby facility, as the Eggersdorf waterworks facility approved increased water pumping rates for the facility without necessary testing. The Administrative Court in Frankfurt confirmed that the hearing was supposed to take place on December 6. However, it was postponed and has still not taken place.

As a result, various sources close to the mater expected the factory to not begin production by the end of 2021. It now seems that, with less than two days left in the year, Tesla will start production in early 2022.