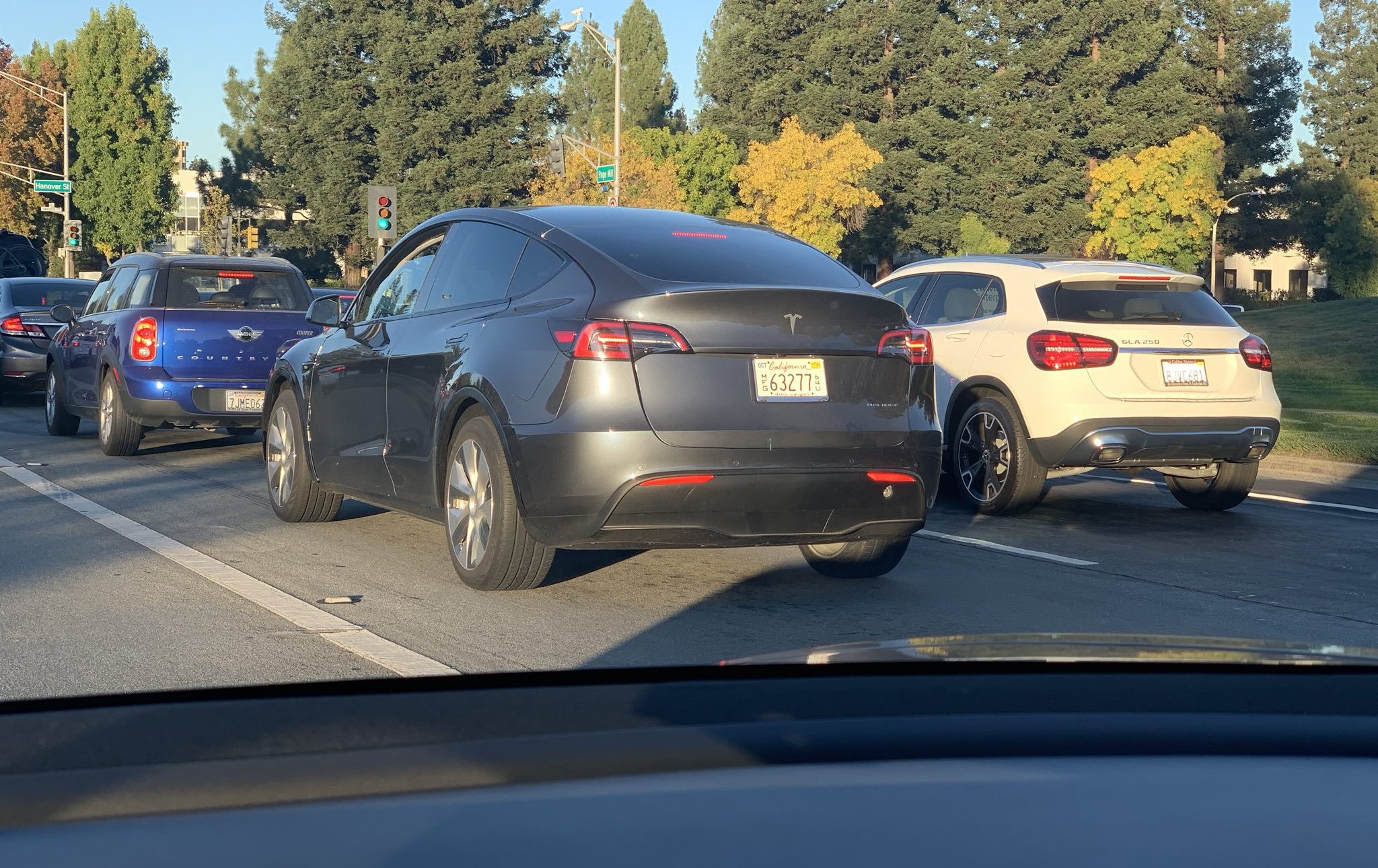 A Tesla Model Y release candidate was recently spotted testing in real-world traffic conditions by a Model 3 owner during a morning commute. The vehicle, a Midnight Silver Model Y with tinted rear windows, appears to be the same unit that was sighted in WA as part of an apparent long-range driving test.

The sighting was shared on Twitter by Model 3 owner Brian Armer, who happened to be listening to Tesla Chief Designer Franz von Holzhausen’s interview in a recent episode of Ryan McCaffrey’s Ride the Lightning podcast. Interestingly enough, the Model Y was beside a Mercedes-Benz GLA 250, a compact SUV that can seat five, as it was waiting for the traffic light to change.

Similar to Tesla’s other vehicles, the Model Y in the recent sighting accelerated smoothly with its Power Sports Aero Wheels. From the viewpoint of the Model 3 owner, the Y looks somewhat like a smaller Model X. That’s a pretty good sign for the upcoming vehicle, considering that the Model X has a reputation for being one of the most recognizable and most spacious all-electric SUVs in the market today.

The increasing frequencies of Model Y sightings in recent days suggest that Tesla is heavily testing the upcoming vehicle on American roads. Previous sightings in WA, for one, suggest that the vehicle was being tested for long-distance drives. This coming winter, it would not be surprising if Model Y release candidates will be reported testing in icy areas.

Considering that similar sightings were recorded during the months leading up to the start of Model 3 production, Tesla might be preparing a pleasant surprise for Model Y reservation holders who are expecting the electric car maker to start the crossover’s production in Fall 2020. Speculations are currently abounding that Tesla may start Model Y production at the Fremont factory as early as Q1 2020, which is a bit out of character for Tesla but a welcome surprise nonetheless.

The electric car maker has not commented on these speculations as of yet, though if the Model Y enters production even a month or a few weeks before Fall 2020, then the company and its CEO, Elon Musk, would have done something unique — it would have learned how to underpromise and overdeliver. And that is something that truly bodes well for the company’s future.