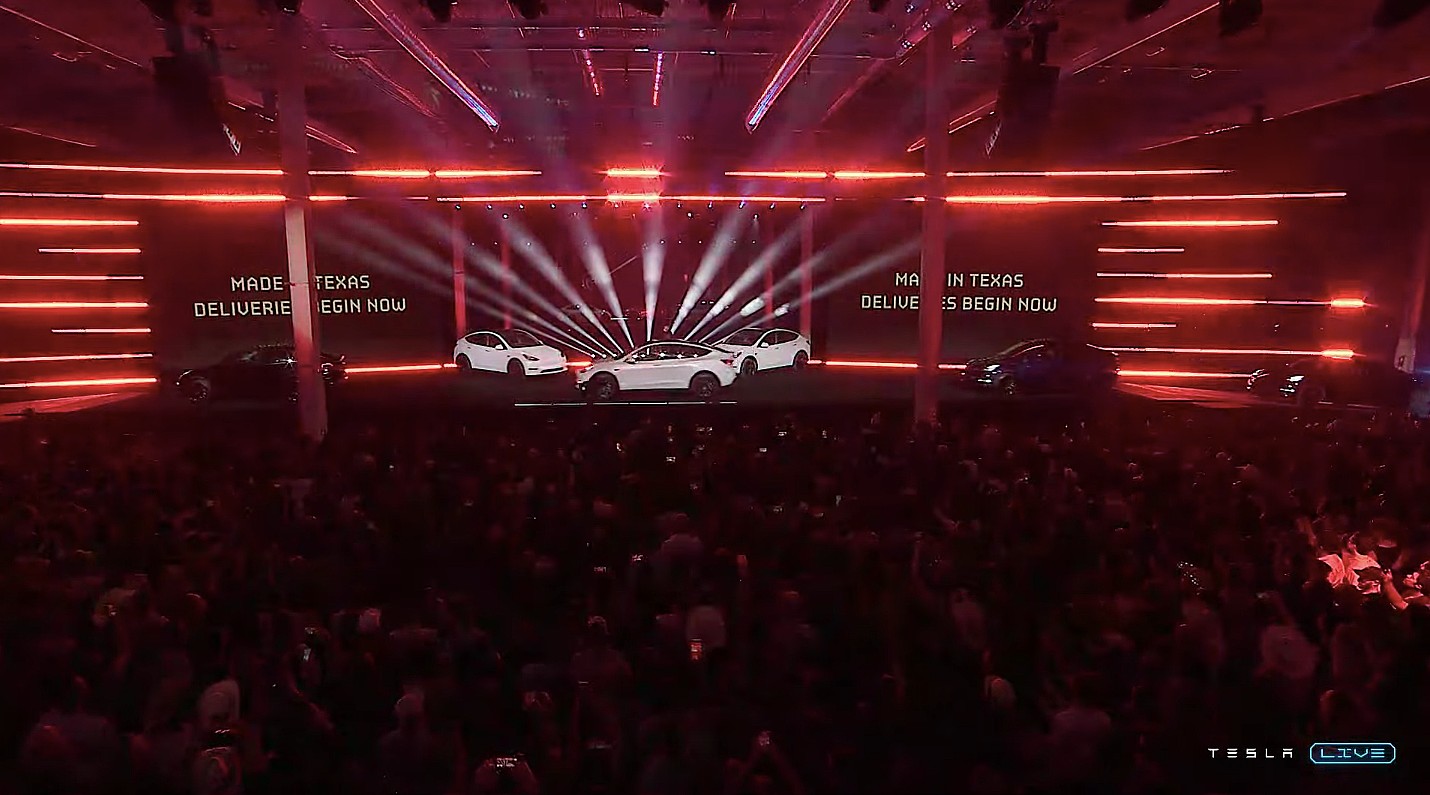 Reports are emerging that Tesla has now started deliveries of the Model Y Standard Range Dual Motor AWD, a variant of its all-electric crossover that was sighted during the Cyber Rodeo at Gigafactory Texas last week. The vehicle is reportedly only available for Tesla employees for now, but this might change within the following weeks.

During the Cyber Rodeo, some attendees of the event were surprised to see that some of the Model Ys in the Giga Texas complex were listed as Standard Range AWD. This was quite surprising considering that the vehicle has not been announced by Tesla at all, and it is not available on the company’s current Model Y order page. That being said, Cyber Rodeo attendees observed that the vehicle seemed to have 279 miles of range.

Interestingly enough, these observations matched a Model Y variant that was added to the EPA website earlier this year. Few details were available about the rather mysterious Model Y, though the variant was listed with 279 miles of range. This incited rumors that Tesla was looking to release a new Standard Range version of its best-selling all-electric crossover.

These seemed to have been confirmed recently, as an email reportedly sent by the company last Friday indicated that the Model Y Standard Range Dual Motor AWD is now available for purchase, though only for the company’s employees. Longtime Tesla podcast host Ryan McCaffrey, in a comment on Reddit, noted that he had seen the company email, and Tesla fan blog Electrek claimed the same. Both the Ride the Lightning podcast host and EV fan blog noted that the Model Y Standard Range AWD would be priced at $59,990.

While a base variant Model Y for nearly $60,000 is undoubtedly steep, the vehicle would likely still prove to be quite popular. Unlike the base Model Y from China, which is Rear Wheel Drive only, the Texas-made Model Y Standard Range features two electric motors. The vehicle is also equipped with Tesla’s 4680 battery cells, which are at the bleeding edge of the company’s technology. These innovations, at least to a point, could help justify the Model Y Standard Range AWD’s price.