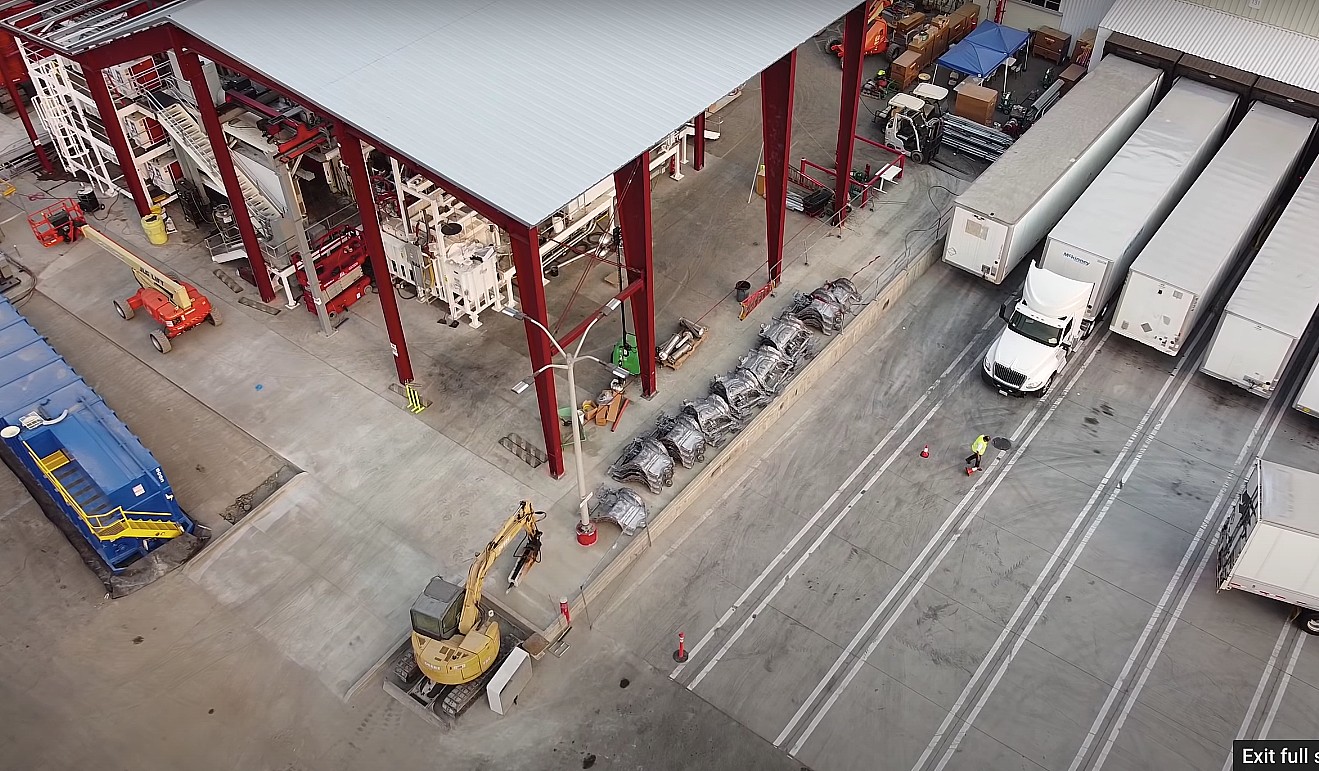 During the Tesla Model Y’s teardown by auto veteran Sandy Munro, it was observed that the all-electric crossover only had two massive casts for its rear underbody. This was seen as a significant improvement from the Model 3, whose rear casting was notably over-engineered with about 70 pieces of metal. Yet even with these improvements, Tesla and its CEO, Elon Musk, noted that eventually, the Model Y’s rear underbody will only be comprised of a single piece.

Aerial footage of the Fremont Factory suggests that the electric car maker has begun to test the production of the Model Y’s single-piece rear casts. Tesla enthusiast Gabeincal recently conducted a flyover of Tesla’s Fremont facilities, from the Roadrunner line in Kato Road to the new developments in the main vehicle production plant. Based on the Tesla enthusiast’s drone footage, it seemed evident that the company is currently deploying what appears to be a second “Giga Press” machine on the grounds of the Fremont factory.

The “Giga Press,” which is produced by Italy-based Idra Group, is arguably one of the largest of its kind in the market, with a clamping force of 55,000 to 61,000 kilonewtons. So far, there are two of these machines in the Fremont Factory, and one is already producing vehicle parts. Interestingly enough, the parts that were spotted in the drone flyover seem to be single-piece casts for the Model Y’s rear subframe.

With this in mind, it appears that Tesla is now at a point where it is optimizing the Model Y’s production process. Reports have pointed to Gigafactory Shanghai also receiving a “Giga Press” for its Model Y production line in its Phase 2 zone, and filings from the electric car maker indicate that Giga Berlin will deploy a whopping eight “Giga Presses” for its operations. The utilization of these machines, together with other innovations, should allow Tesla to improve its operating costs, as observed by auto teardown expert Sandy Munro during his analysis of the Model Y.

Elon Musk has previously stated that the idea for using large casts for the Model Y was inspired by the Hot Wheels versions of Tesla’s vehicles. “As Sandy accurately pointed out, the rear of the Model 3 looks like a patchwork quilt. It’s not great… The current version of the Model Y has basically two big high-pressure die-cast aluminum castings that are joined. Later this year, we will transition a single piece casting that also integrates the two rear crash rails,” he said.

The Tesla Model Y is still being ramped in the Fremont Factory, and with the “Giga Presses” coming online, it would only be a matter of time before the production of the all-electric crossover could be optimized and improved. This bodes well for Tesla overall, especially considering that the company faced numerous challenges during the ramp of the Model 3. The ongoing Model Y ramp, as well as the relatively quick deployment of the “Giga Press” machines, shows that Tesla intends to evade the issues that plagued it during the Model 3’s initial production.

Watch the recent footage of Tesla’s “Giga Press” machines at the Fremont factory in the video below.