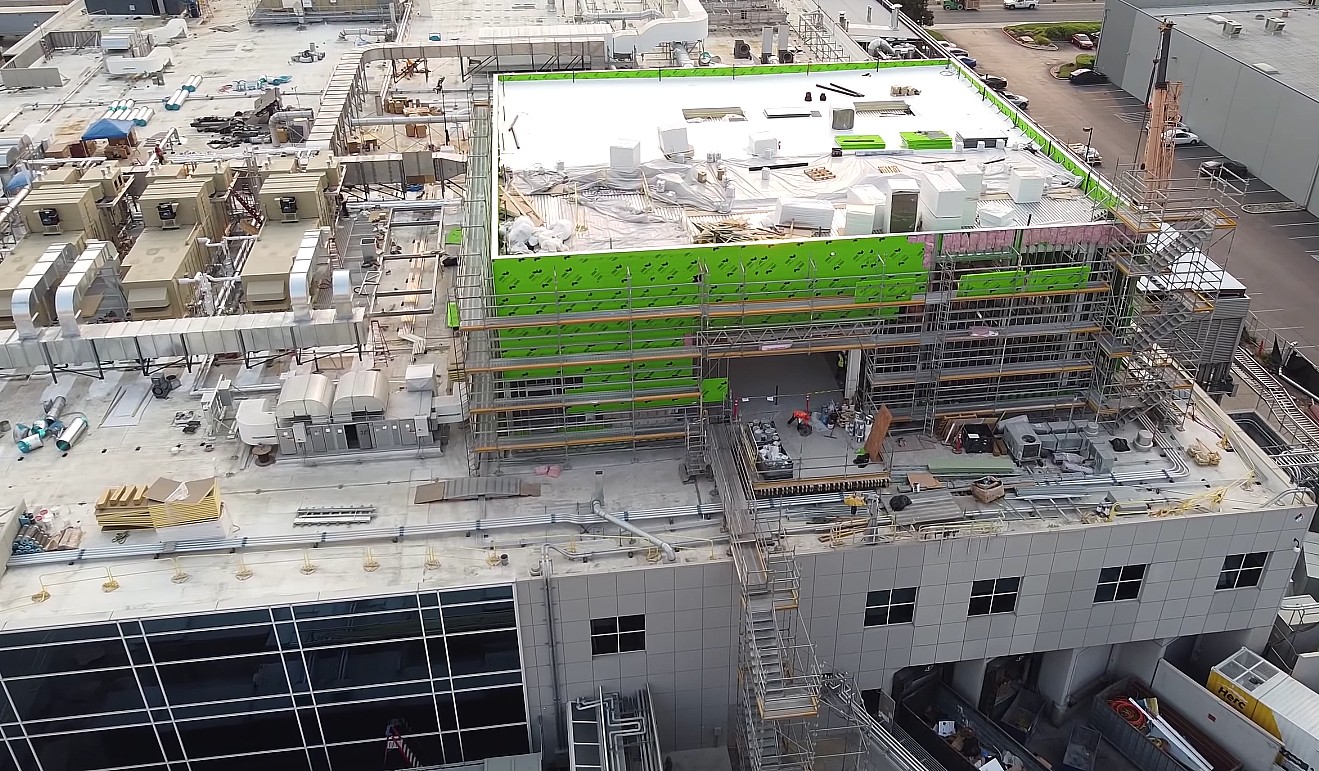 Tesla’s Battery Day is less than two weeks away, and as anticipation continues to build in the lead-up to the event, the electric car maker seems to be hard at work getting its pilot cell production line ready for its first visitors. Fortunately, it appears that Tesla’s “Roadrunner” facility is coming together pretty well, with work seemingly ramping as the Tesla community enters the final stretch to Battery Day.

Tesla enthusiast and drone operator Gabeincal recently conducted a flyover of the Roadrunner facility, which is located close to the Fremont factory. A look at the site shows that work in the facility is ongoing, and the massive cube-like extension at the top of the Kato Road building is also taking form. Interestingly enough, the materials spotted around the building in earlier flyovers of the site have been reduced, suggesting that equipment and other related materials may have been moved inside the facility.

Also notable was the extra floor that Tesla is adding onto the Kato Road building. Fondly dubbed by the Tesla community as the “Magic Cube,” the structure has seen notable progress in recent weeks. This time around, the drone operator was able to get pretty close to the structure as well, getting a rare glimpse of its high ceilings and expansive floor area. Tesla has so far not shared any information about the role that the “cube” plays in the Roadrunner line.

Initial reports about the Roadrunner site were shared last year, when CNBC reported that the Kato Road facility was being used by Tesla as a “skunkworks lab” to design and produce battery cells and battery manufacturing equipment. The publication’s report did not specify which cells were being produced on the site, though speculations suggested that the site was involved in Tesla’s initiative to develop and release a million-mile battery.

Tesla’s fillings to the City of Fremont suggest that the Roadrunner facility will be housing 45 research and development employees and up to 425 manufacturing workers that are spread through several shifts from Monday to Friday. Seemingly in preparation of a ramp in its operations, Tesla has posted a number of battery cell manufacturing-related job listings for the site, including Cell Engineers, Production Process Engineers, and Controls Engineers, to name a few.

While the Roadrunner facility’s battery cell output will likely be limited due to its size, the facility may be enough to support the company’s upcoming low-volume vehicles like the Plaid Model S and Plaid Model X, as well as the next-generation Roadster. All three vehicles are expected to be at the bleeding edge of the electric car maker’s tech, making them a perfect fit for the company’s first custom-designed battery cells.

Watch the recent drone flyover of Tesla’s Kato Road facility in the video below.