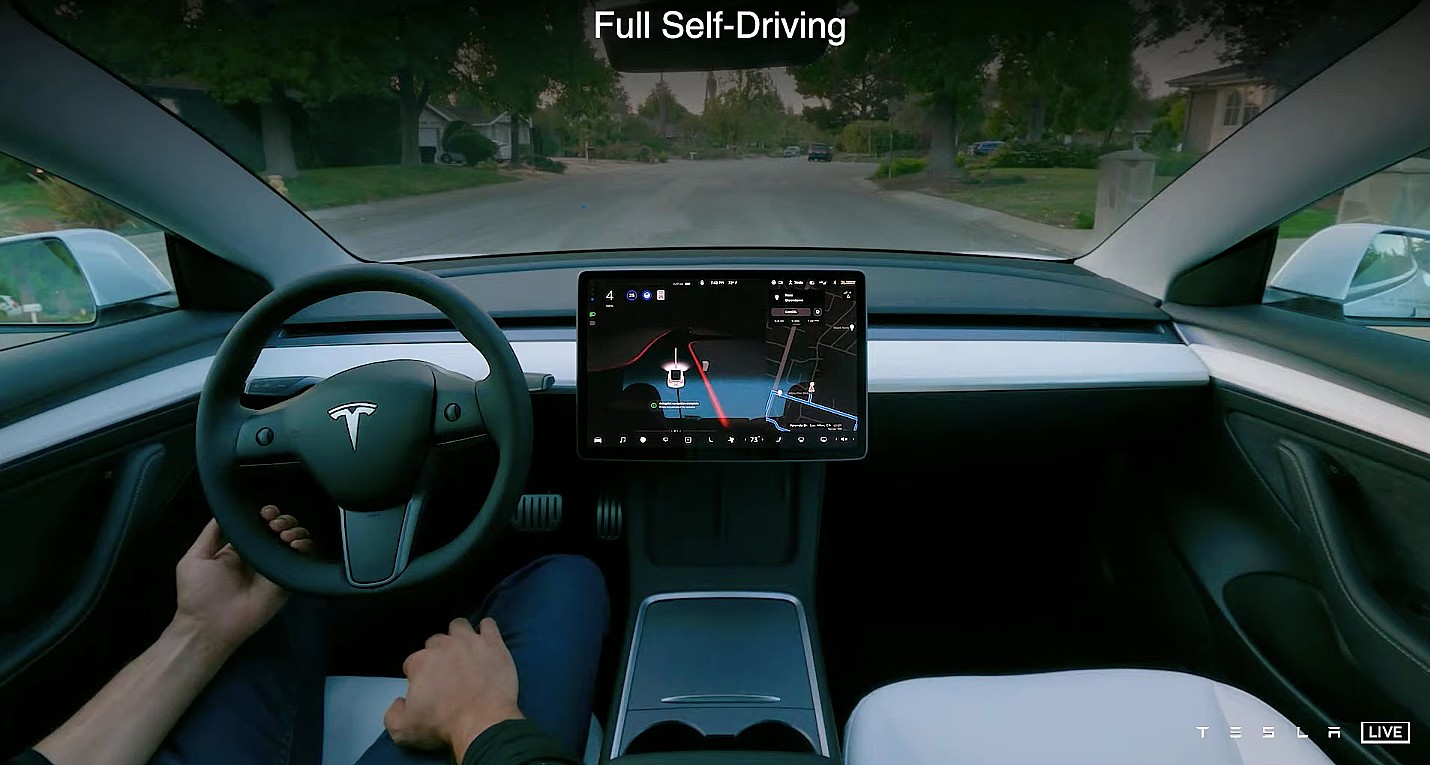 Tesla has filed a new patent for “Parallel Processing System Runtime State Reload,” comprising of a system of three or more processors working in conjunction to effectively eliminate the possibility of hardware failure during the use of Autopilot or Full Self-Driving. The patent outlines a robust system of parallel processors that can operate in the event that one of them fails or experiences a runtime state error. “Should one of the parallel processors fail, at least one other processor would be available to continue performing autonomous driving functions,” the patent shows.

The patent was filed and published on August 26th and comes just a week after the company’s Artificial Intelligence Day event that was held last Thursday. Outlining a system of at least three processors operating in parallel, it is monitored by circuitry and can locate and identify if one of the three parallel-operating processors is having a runtime state error. The circuitry will then identify a second processor to switch to in the event of a runtime error, access the runtime state of the second processor, and load the runtime state of the second, operational processor into the first processor, which is experiencing a runtime error.

Tesla describes the patent in detail:

Technically speaking, the autonomous vehicle needs only one processor to function as described in an accurate fashion. However, these processors can be overloaded with data when loading into the Neural Network and could experience short-term and non-permanent operational errors. When this occurs, the system would then switch to one of the other processors for normal operation, with at least two backup processors in this patent, as it repeatedly mentions a series of three.

The second processor would then activate and load the runtime state into the first processor to make the primary processor chip operational once again:

The purpose of this patent is to continue system availability, even when the primary processor is experiencing functionality issues due to overuse. The two additional processors essentially act as “backup” and can determine whether autonomous driving systems are meant to be enabled if the first processor experiences an error. “With one particular example of this aspect, the parallel processing system supports autonomous driving and the respective sub-systems of the at least three parallel processors are safety sub-systems that determine whether autonomous driving is to be enabled.”

It also appears that this patent aligns with Tesla CEO Elon Musk’s previous description of the Dojo self-driving Supercomputer, which was detailed at AI Day. To increase the accuracy and encourage the parallel operation of the processors, the system will utilize a clock input to calibrate the two processors, increasing the accuracy of the system.

Tesla has focused on accurate FSD operation and has revised its strategy on several occasions. After moving to a camera-only approach earlier this year for the Model 3 and Model Y, the company is experiencing more accurate FSD operation through the harmonized processing of its eight exterior cameras. The operation of internal processors, which are responsible for compiling, compressing, and sending data to the Neural Network, can fail temporarily, so the presence of backup processors to continue comprehending self-driving data is a positive idea.

The full patent is available below: