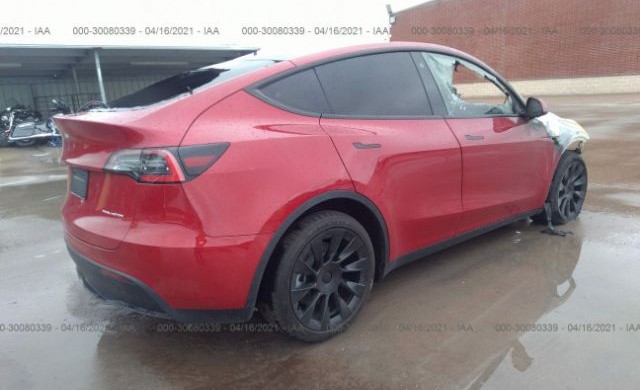 Back in March, reports from Texas emerged stating that a brand new Model Y had caught fire and took down a garage as a result. The news spread in social media quickly, with Dallas Texas TV even noting that the blaze, which “everybody saw all over Dallas,” was caused by a Tesla “basically exploding.”

While such a narrative is nothing new, there were some strange parts to the story. For one, the Model Y remained largely intact, and while its entire front end was annihilated by the blaze, its battery pack seemed completely intact. This was very different from other verified Tesla fires, which usually end with the entire vehicle being caught in flames. Despite this, the story gained some ground, with social media dubbing the incident “justteslathings.”

Unfortunately for Dallas Texas TV, its conclusions about the Model Y seem premature at best. This is because the Model Y involved in the incident, which was eventually brought to a salvage yard, recently provided some very compelling video evidence. Footage from the incident, as shared on Twitter by noted Tesla hacker @greentheonly, was recorded on the USB drive installed in the vehicle’s glovebox, and it confirmed that the fire started in the house before it enveloped the Model Y.

Other images from the salvage yard confirmed that the Model Y’s battery pack was practically undamaged from the incident. This suggests that the all-electric crossover was definitely not the cause of the structural fire. The battery, after all, is arguably the most combustible part of an electric car, and even then, fires involving EV battery packs are still quite rare. Fires involving Teslas may catch headlines and massive media coverage, but they simply do not happen frequently.

The discrepancy between the frequency of EV and ICE fires was recently highlighted by automotive teardown expert Sandy Munro, who criticized authorities for investigating a handful of Tesla incidents while ignoring the hundreds of thousands of ICE fires that happen in the United States every year. Munro’s criticism is extremely valid, as evidenced by the abundance of national and international news coverage of incidents like the Tesla Model S fire in Texas earlier this year, and the general lack of coverage of fires involving the internal combustion engine.

Dallas Texas TV did not issue a retraction of its post about the Model Y “basically exploding” last March, though it deleted its tweet earlier today. With video evidence from the car itself and images of an intact battery, after all, it would be very difficult to argue that the all-electric crossover was indeed the culprit behind the unfortunate structural fire.