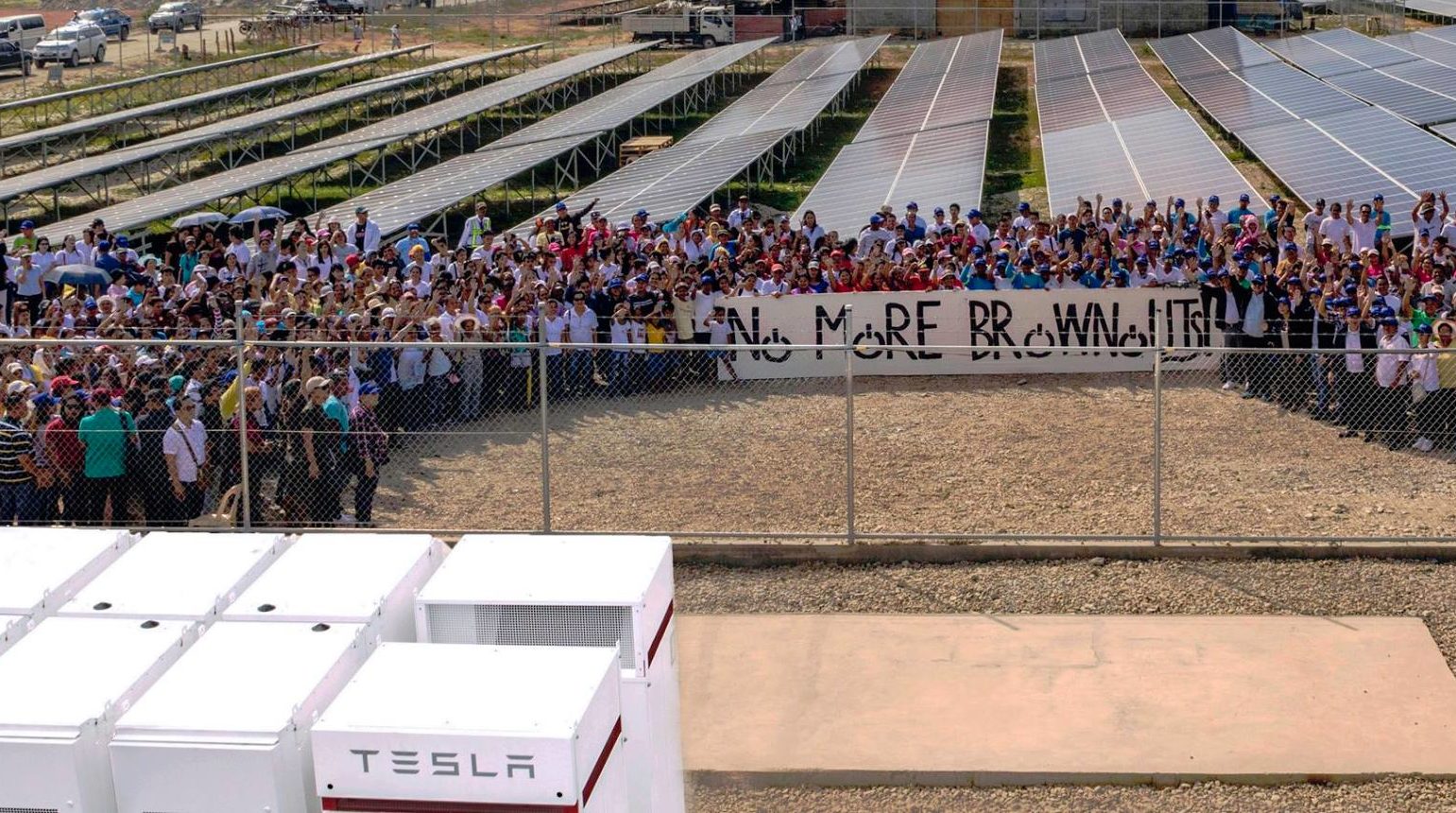 Tesla has deployed its Powerpack batteries to the Philippines, helping a local solar company construct a 2MW/2MWh micro-grid for the town of Paluan, which has been suffering from notorious power outages for years. The project went online back in December, giving the town round-the-clock electric power for the first time.

To complete the project, Tesla partnered with local renewable energy company Solar Philippines. According to a report from Energy Storage News, Solar Philippines believes that the 2MW/2MWh will be enough to provide reliable power to the town’s residents 24 hours a day, at 50% less than the usual electricity costs. A 2MW diesel generator is on standby as well, ready to provide extra power when the need arises.

Solar Philippines founder Leandro Leviste believes that the Powerpack installation in Paluan would be the first of many renewable solutions in the country. The Solar Phils. executive further noted that “there is no reason” why other towns in the country would not follow suit, considering the cost benefits offered by solar-battery installations.

Tesla Powerpacks were installed on a small town in the Philippines. The term ‘brownouts’ seen in the banner is a local slang for power outages. [Credit: Solar Phils]

The benefits of the solar-battery system are notable. Thanks to the 2MW/2MWh micro-grid, the town’s residents were able to experience a Christmas absent of power outages for the first time. Schools in the area have also begun using computers. An ice plant, which would support the local fishermen, is also being planned. The town’s residents aired their gratitude to Solar Phils. and Tesla in a recent photograph, proudly declaring that there are no more power outages in the area since the batteries and solar arrays were installed.

The tiny town of Paluan, located just below the largest island in the Philippines, is home to around 16,000 people, according to a census conducted in 2015. The town is infamous for its struggles with electricity, with power outages becoming a part of its residents’ daily routines. The town first got electricity back in 1978, though the region’s grid was only able to provide power for 4 hours a day. This was improved in 2014, when the Philippines’ National Power Corporation was able to provide the town with electricity for 16 hours on a daily basis. Despite this improvement, however, power outages were still common, with some lasting for several days.

Tesla’s Powerpack systems have become game changers for areas with unstable electricity. Over the past few months, Tesla’s 100 MW/129 MWh big battery near Jamestown in South Australia had helped the region’s beleaguered energy grid hundreds of times, at one point even providing backup energy after a coal-powered plant unexpectedly experienced a power loss in December. Tesla had also announced other, more ambitious projects for the country, such as a 250 MW/650 MWh virtual power plant involving 50,000 residential units and Tesla Powerwall 2 batteries.

As we noted in a recent report, however, Tesla’s initiatives in South Australia are currently hitting roadblocks from the government, with newly-elected premier Steven Marshall stating that he would not support the company’s virtual power plant initiative. LNP senator and Minister for Resources Matt Canavan also dismissed Tesla’s efforts, calling the Powerpack farm near Jamestown the “Kim Kardashian” of energy.