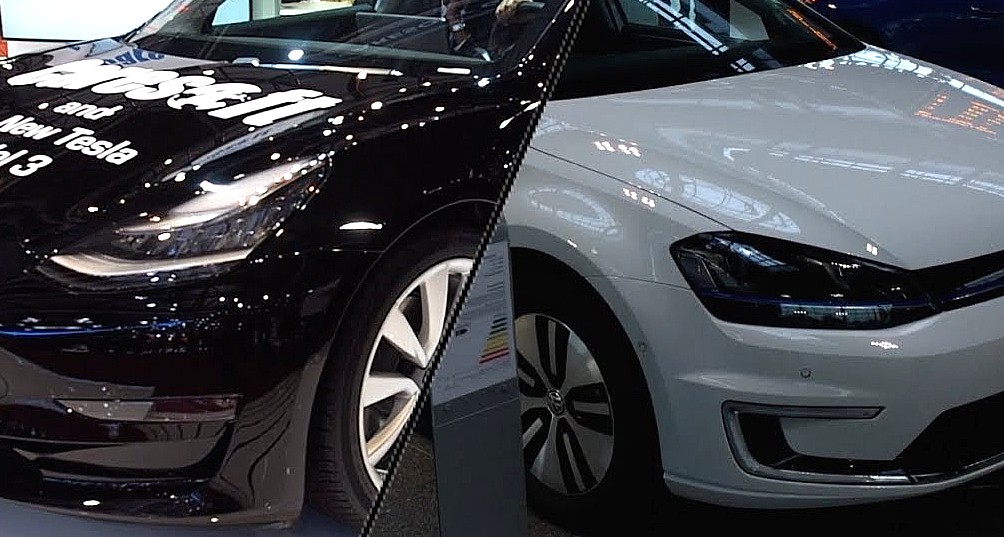 Tesla rival Volkswagen has taken a stand against a debunked yet insistent argument against all-electric vehicles. In a recent study involving one of its  most popular vehicles, the German automaker declared that EVs have a smaller carbon footprint than their internal combustion-powered counterparts, even if they are not charged from renewable sources.

Volkswagen used two of its vehicles, a Golf TDI and an e-Golf for its study. The e-Golf produced 57g/km of carbon dioxide per vehicle, which is higher than the Golf TDI’s 29g/km of CO2 per vehicle during its production phase. This is the only time that the electric car’s carbon footprint exceeded that of its diesel counterpart, since when it came to charging and operating the vehicles, the e-Golf proved far cleaner than its diesel-powered sibling.

The Volkswagen-backed study mirrors the findings of a previous analysis by research organization BloombergNEF, which concluded that the CO2 emissions produced by electric vehicles charged from non-renewable power were still 40% lower than cars operating with internal combustion engines. This gap, of course, is set to get smaller with the introduction of more efficient battery technology and more sustainable automotive manufacturing processes.

Credit is due to Volkswagen for taking a stand against a persistent piece of misinformation that has been peddled for years. The study, if any, is yet another sign that one of Germany’s largest of automakers is beginning to take the upcoming electric car revolution seriously.

This is highlighted by Volkswagen’s recent public comments, as shown when the carmaker acknowledged Tesla for establishing that the demand for electric vehicles is there. The company also made headlines when CEO Herbert Diess encouraged BMW and Daimler to commit to an all-electric future. After Das Auto’s agreement, BMW member of the board Klaus Fröhlich confirmed that Germany would be moving away from other alternative forms of propulsion like hydrogen, as the country’s automakers will be focusing on all-electric vehicles instead.

While Volkswagen is arguably one of Tesla’s loudest rivals with its constant releases of concept all-electric vehicles that are yet to enter production, the company has shown some earnest interest in the electric car maker’s work. During the final days of Elon Musk’s short-lived attempt to take Tesla private last year, the CEO received a number of offers from investors willing to fund company’s privatization at $420 per share. The deal, which was estimated to cost around $30 billion, attracted a number of prominent investors, one of which was none other than Volkswagen AG.