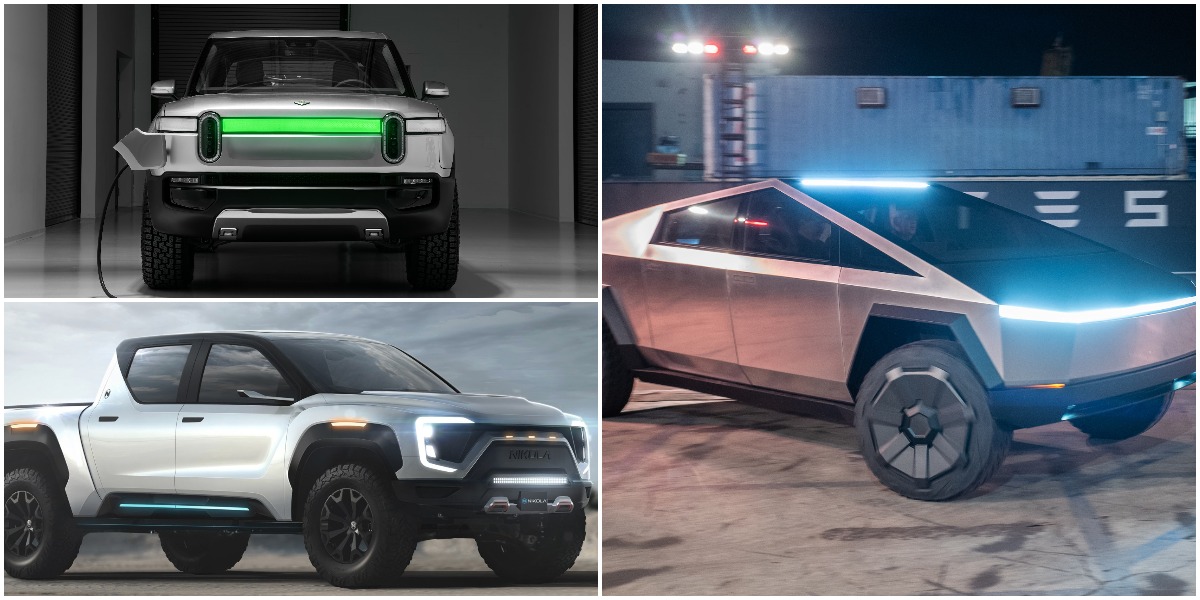 After the all-electric Model S sedan paved the way for battery-powered SUVs and crossovers, it was only a matter of time before pickup trucks would come along to share the spotlight. Rivian’s R1T hit the ground running for a while, but Tesla’s Cybertruck unveil officially started the race for worksite hauling and adventure with zero emissions. Nikola Motors later followed up with its own truck – the Badger – powered with hydrogen fuel cells.

How all of these vehicles will do with consumers is the question on everyone’s mind now, and the team at PartCatalog.com has put together some Twitter data to help predict the answer.

Using Twitter’s geospatial metadata made available to developers and Google’s Trends software, PartCatalog created a color-coded map showing the most anticipated electric truck in the US in a state-by-state breakdown. Over 90,000 tweets were tracked for the project, using hashtags and models mentioned as data drivers. Specifically, tagged location, mentioned location, and profile location formed the basis of the state determinations.

The results were quite interesting.

Altogether, Rivian’s R1T was the top-mentioned zero-emissions pickup in 17 states, Tesla’s Cybertruck in 15 states, and Nikola’s Badger in 13 states. Bollinger’s B2 made a splash with 4 states, and Lordstown’s Endeavor picked off 1 state. The results look to be a bit regionalized with Rivian drawing chatter in the north-central and northeastern parts of the US, Nikola in the south and southwest, and Tesla making headway right through the middle on a diagonal course.

These results could be based on a variety of reasons aside from consumer preferences for vehicle styling and capabilities. Company location is another factor to consider. For instance, the Lordstown Endurance was most mentioned in Ohio only, which is also the state where the company is headquartered. Tesla’s popularity in California comes as no surprise given it’s the auto maker’s home state and has become a world leader in all-electric vehicles. However, it’s interesting that Nikola’s Badger is most discussed in Texas, given Tesla’s recent Cybertruck factory competition, which ended in a win for the Lone Star state. 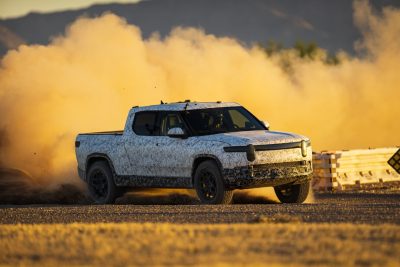 Nikola’s home base is now in Arizona, likely playing a role in its data findings there, but its popularity has also reached upwards to Massachusetts and Pennsylvania. The oil industry in Pennsylvania could play a role here, being that Nikola’s primary customer focus is the trucking industry and converting its diesel-focused world to cleaner fuel cells. Massachusetts, though, doesn’t have the same expectation given its environmental efforts overall.

The conversation surrounding electric pickup trucks is likely to become even more diverse as more prominent players get into the game. As more details about Ford’s battery-powered F-150 are revealed, some, if not all, of the other truck makers may see their popularity have more competition. The connection between Rivian and Ford, namely the $500 million investment made into the nascent manufacturer that was recently semi-canceled, may also have some interesting playout.

Of course, having at least one electric truck delivered to customers will be the most relevant measure of their opinions, and next year looks to be the earliest we’ll see that happen.