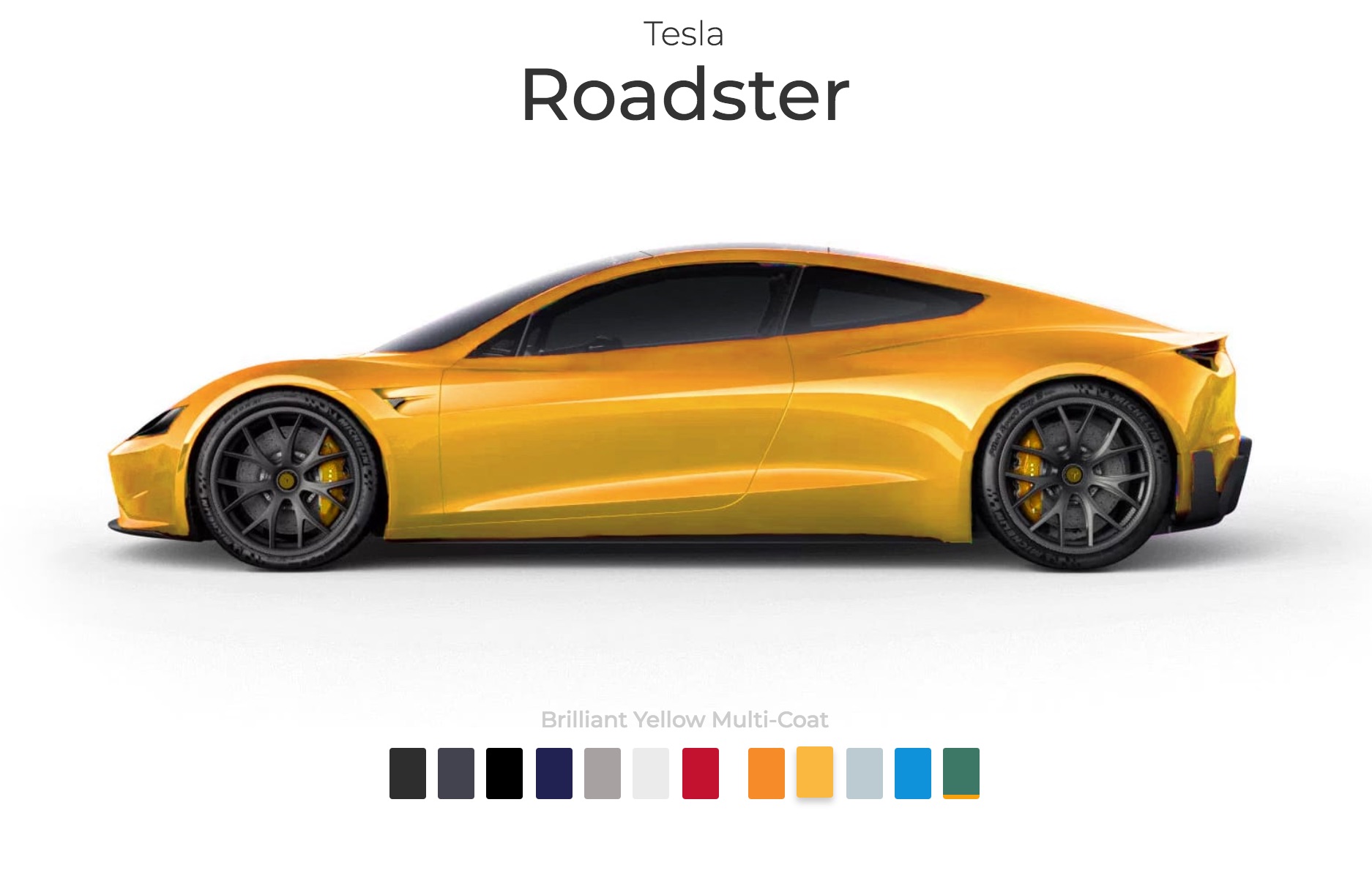 Tesla CEO Elon Musk took the world by storm when he debuted a gorgeous next generation Roadster at the recent Tesla Semi unveiling event. The sequel to the company’s first ever production car, the new Roadster has record-shattering performance in several categories and capable of achieving 620 miles of range from its massive 200 kWh battery pack. “The point of doing this is to give a hardcore smackdown to gasoline cars,” said Musk when he revealed a gorgeous red prototype of the car. “These are all world records.”

Almost as quick as the Roadster’s touted 1.9 second 0-60 mph and 8.9 second 1/4 mile times, attendees of the Tesla Semi event impulsively plunked down their initial $5,000 deposits for the chance to one day take a journey through Maximum Plaid.

Though a Roadster Design Studio won’t be made available until closer to 2020 when the vehicle is slated for first production, at the earliest, that hasn’t stopped some fans from daydreaming about having the electric beast in their very own garage.

Graphic designer Miguel Castro from Spain took this imagination one step further by building an interactive color picker for the electric supercar. Beyond the red and grey Roadster prototypes seen at the Tesla Semi unveiling event, Castro gives us a good look at what a Multi-coat “Brilliant Yellow” or “Electric Blue” Roadster may look like.

Visit the interactive Roadster color picker to visualize the vehicle in your favorite color. 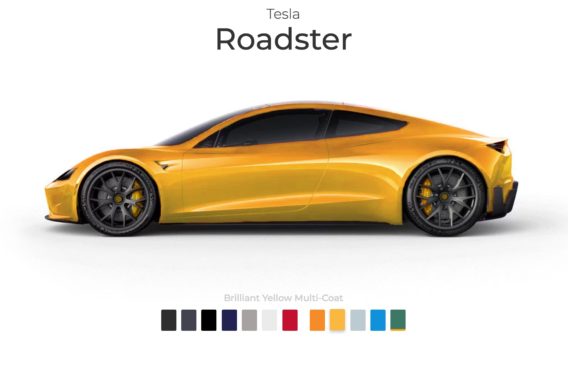