More than a year after Tesla first introduced its flagship Model S and Model X P100D, and offered P90DL owners the opportunity to transform their cars to “World’s quickest production car” status, the California-based electric car maker is finally making good on its promise on the performance upgrade.

Now, fourteen months later, Tesla P90DL owners are reporting service appointments being made for the 90 kWh to 100 kWh performance battery pack upgrade, with first installs taking place as early as next week.

Tech_Guy who first discovered Tesla’s performance-limiting algorithm, something the company would later remove through an over-the-air software update, is unsurprisingly first in line for the P90DL to P100D upgrade.

The following invoice shows a line item for a 100 kWh battery pack upgrade with part number 1135371-00-A. The upgrade is being made available to select P90DL vehicles that are equipped with the revised front fascia, air suspension and battery packs that have the proper connector (Tesla is known to make several battery revisions for the same vehicle model, sometimes requiring different hardware between packs).

The performance retrofit is priced at $20,000 for P90DL owners that have already taken delivery of the vehicle when the upgrade announcement was first made.

Beyond the increase in battery capacity from 90 kWh to 100 kWh, and addition of Ludicrous plus mode, the upgrade package will also replace the P90DL’s “next gen seats” with current production premium seats that have been crash tested with the more powerful 100 kWh battery pack.

DON’T MISS: What makes the Tesla 100 kWh battery so different? 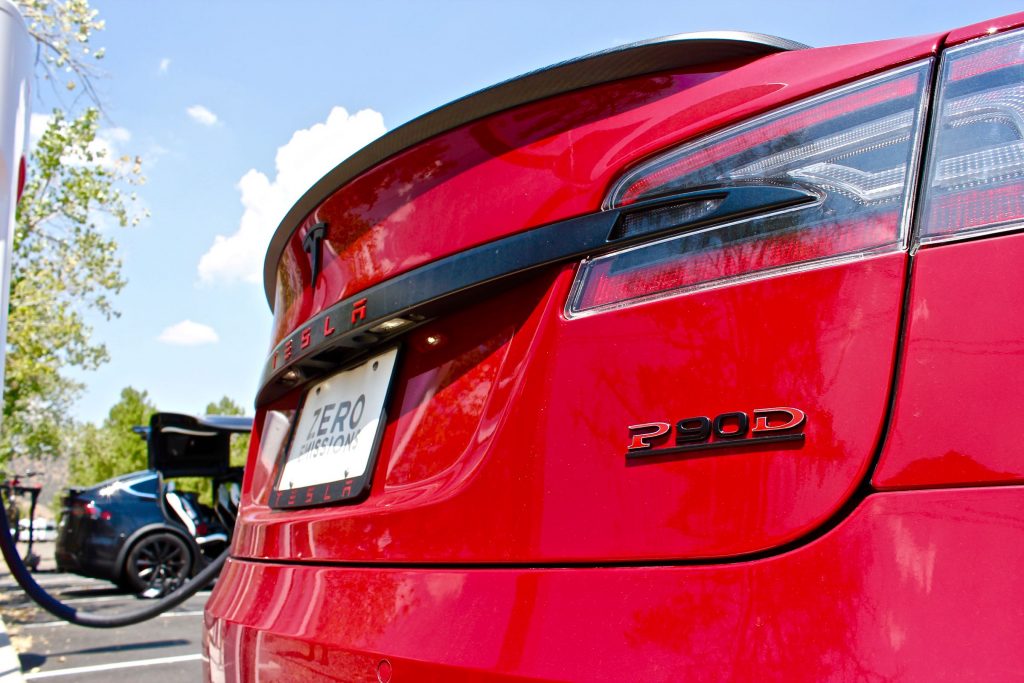 The communication by Tesla serves as relief to anxious buyers of the performance upgrade, many of whom were placed on an interest list for nearly a year, and initially told that the retrofit was yet to be released. “We are diligently working on it, but no release date is currently available. You remain on the interest list, hence you will be contacted as soon as details become available.” said Tesla in Jan of 2017.

Tesla did not provide reasons for the year-long delay, but one can speculate that it had to do with the initial production shortfall of the company’s largest 100 kWh battery pack. CEO Elon Musk noted in October 2016 during a company’s earnings call that the 100 kWh battery production line was one of his top three priorities. All the while, the company would continue to dump its inventory of Model S and X P90D vehicles, before finally discontinuing the 90 kWh battery pack and P90DL variant, thus making the P100D with Ludicrous+ its highest performing model.