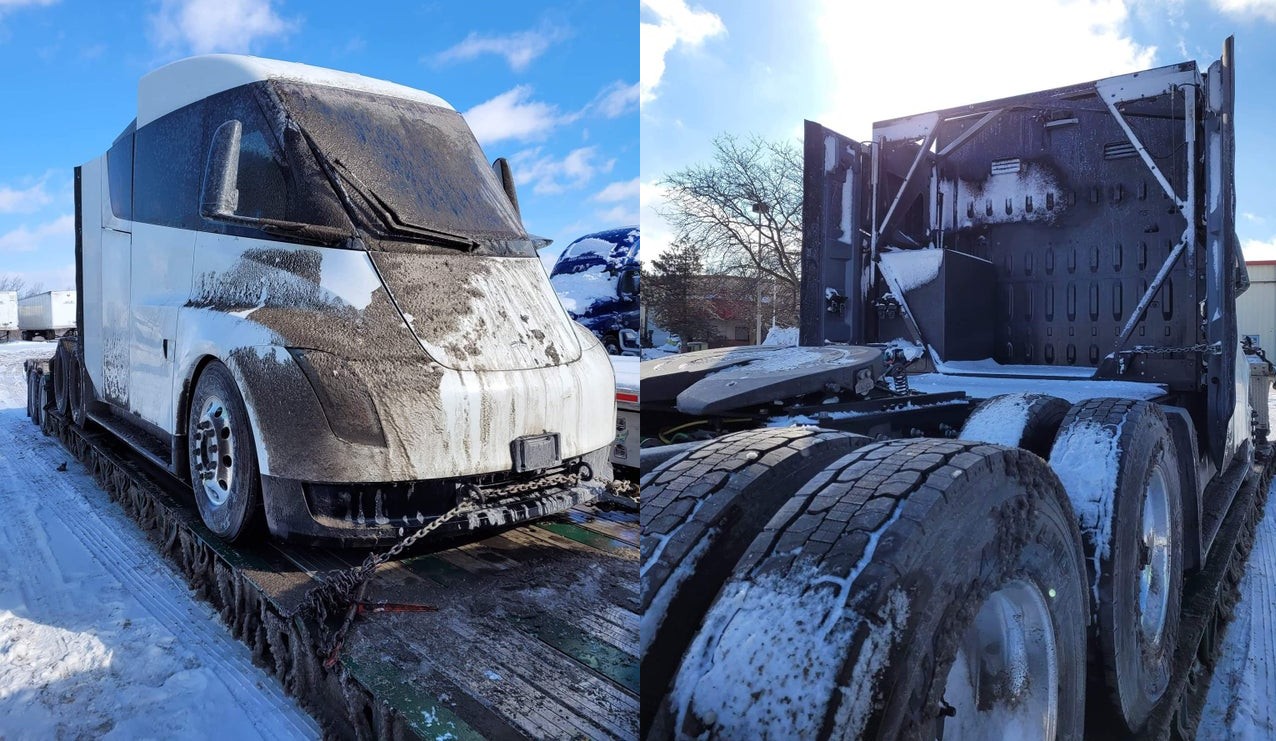 A white Tesla Semi has recently been spotted in Chicago, IL being transported at the back of a flatbed truck. Interestingly enough, the all-electric Class 8 truck appeared like it underwent some serious testing, as evidenced by its extremely dirty appearance and the layers of mud and snow caked around its body and tires. Even more interestingly, this Semi seems to be different compared to the vehicle that was spotted recently in California.

Images of the dirty white Tesla Semi were shared on the r/TeslaMotors subreddit, where a number of eagle-eyed EV enthusiasts immediately noticed that the vehicle featured some differences compared to the Semi being transported in Sacramento a few days ago. These differences include the parts that were installed behind the Class 8 all-electric truck’s cabin, as well as the tires used in each vehicle. 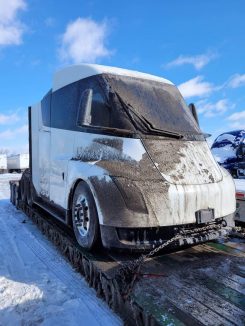 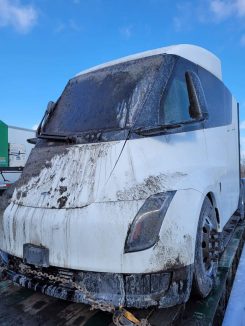 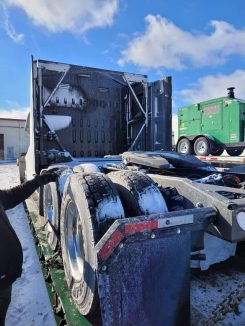 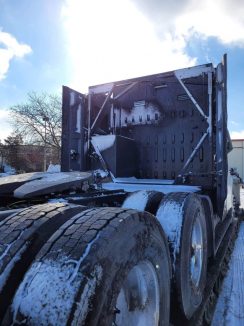 The white Tesla Semi sighted in Sacramento featured a rather large, mysterious box at its rear, which was connected to what appeared to be several thick data cables. This part is completely absent in the road-weary Semi spotted in Chicago. The vehicle spotted in California was also fitted with Bridgestone tires, while the vehicle in Illinois was fitted with a set of Goodyear tires instead. Differences in the color of the trailers used to transport the vehicles further suggested that the sightings corresponded to two separate Tesla Semis.

The idea of Tesla using more than one new Semi prototype makes sense, especially considering that reports emerged in late December that the electric car maker was building four new units of the Class 8 truck at Gigafactory Nevada. Among the four, two will reportedly be used for road testing, one will be used for durability testing, and one will be used for cold-weather testing. Interestingly enough, there are cold-weather test facilities in Minnesota such as Automotive Environmental Testing (AET) in Baudette, over 600 miles away from Chicago.

Recent rumors about the Semi have emerged recently, providing a potential glimpse at the upcoming ramp of the all-electric Class 8 truck. Citing a longtime Tesla supplier, TSLA investor and EV advocate Sawyer Merritt noted that Tesla would likely start building Semi release candidates around May 2021, with pilot production starting in July 2021. By the end of the year, Tesla is reportedly looking to produce 100 Semis per week, allowing the company to end 2021 with a total of 2,500 Semis built.