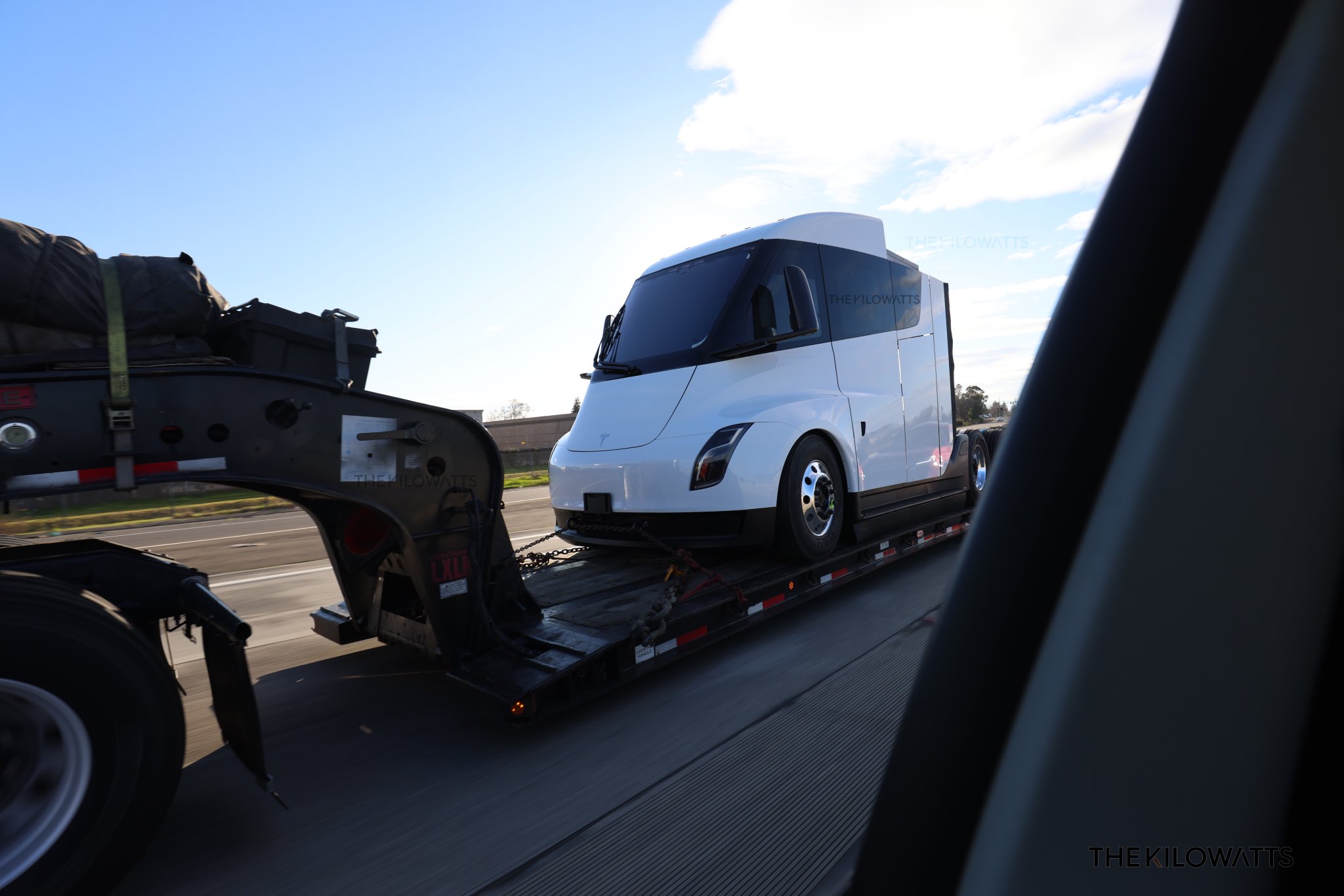 A new Tesla Semi with a white paint job, updated window design, smoked headlights, and updated tail lights was spotted in Sacramento, California. While the vehicle’s sighting seemed brief, the images suggest that Tesla has implemented some notable changes to the Semi’s design.

The new Semi images were shared by Tesla owner The Kilowatts, who was able to snap a few photos of the vehicle as it was being transported via trailer. According to the EV group, the trailer transporting the vehicle seemed to be heading towards Reno, NV, the site of Giga Nevada. Immediately noticeable in the photos was that the new Semi looked slightly different compared to the two prototypes that have been undergoing real-world testing since late 2017. 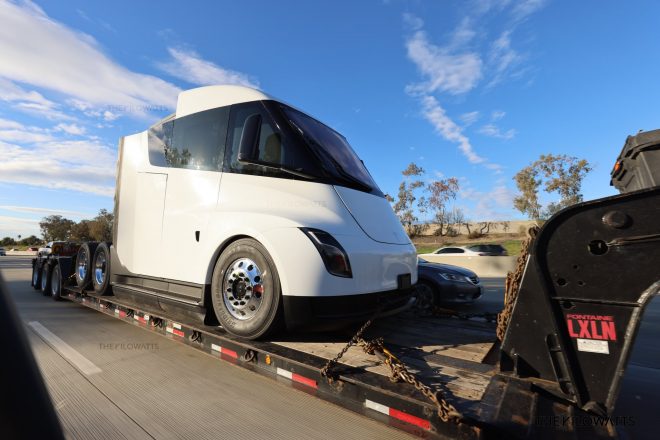 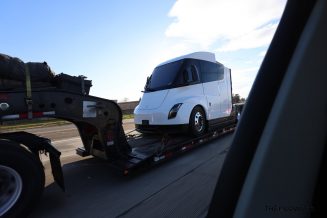 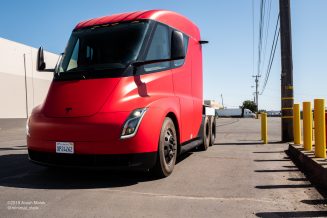 The new Tesla Semi compared to the company’s early Semi prototypes. Note the difference in the vehicles’ window design and the smoked headlights in the new unit.

These changes are apparent in the front of the vehicle, which now seem to sport smoked headlights, giving the Semi an overall clean, sleek look that complimented its white paint job. The windows of the recently spotted Semi also seems to extend further into the side of the vehicle, compared to the two prototypes that Tesla has been using for over two years. The Model 3-style door handles in the original prototypes have been replaced as well.

These changes continued well into the rear of the recently spotted Semi, which now features an updated tail light design. The components directly behind the cabin of the Class 8 all-electric truck have also been updated, with the new Semi sporting what seems to be a more streamlined equipment setup. 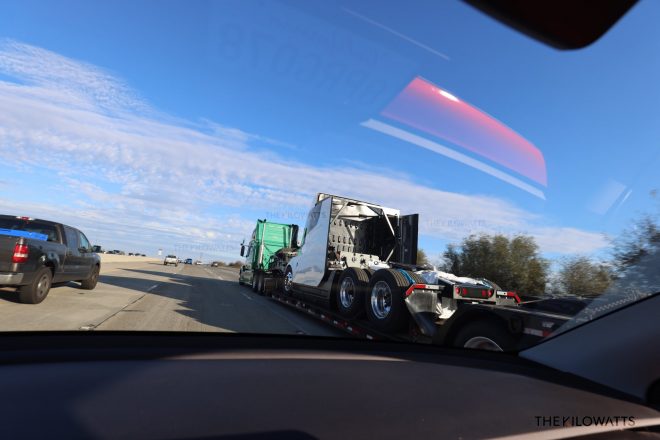 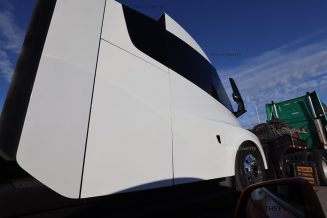 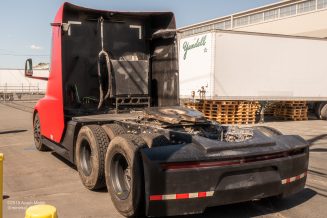 In late December, reports from the EV community suggested that four new Tesla Semis were being built at Gigafactory Nevada, all of which would reportedly feature an updated battery pack with higher-density “2170 L” cells. Two of the new Semis will reportedly be used for road testing, one will be used for durability testing, and another one will be sent to Alaska for cold-weather testing. Several Tesla Semi-related job openings for Gigafactory Nevada were posted on the company’s Careers page not long after.

The recent Tesla Semi sighting suggest that the electric car maker is actively making adjustments to its Class 8 truck as it gets closer to production. Some of these changes have been teased by the EV community, with noted Tesla owner-hacker @greentheonly stating that the Semi will likely feature a 10-camera setup, far less than the 26 that were used in the company’s first prototypes.