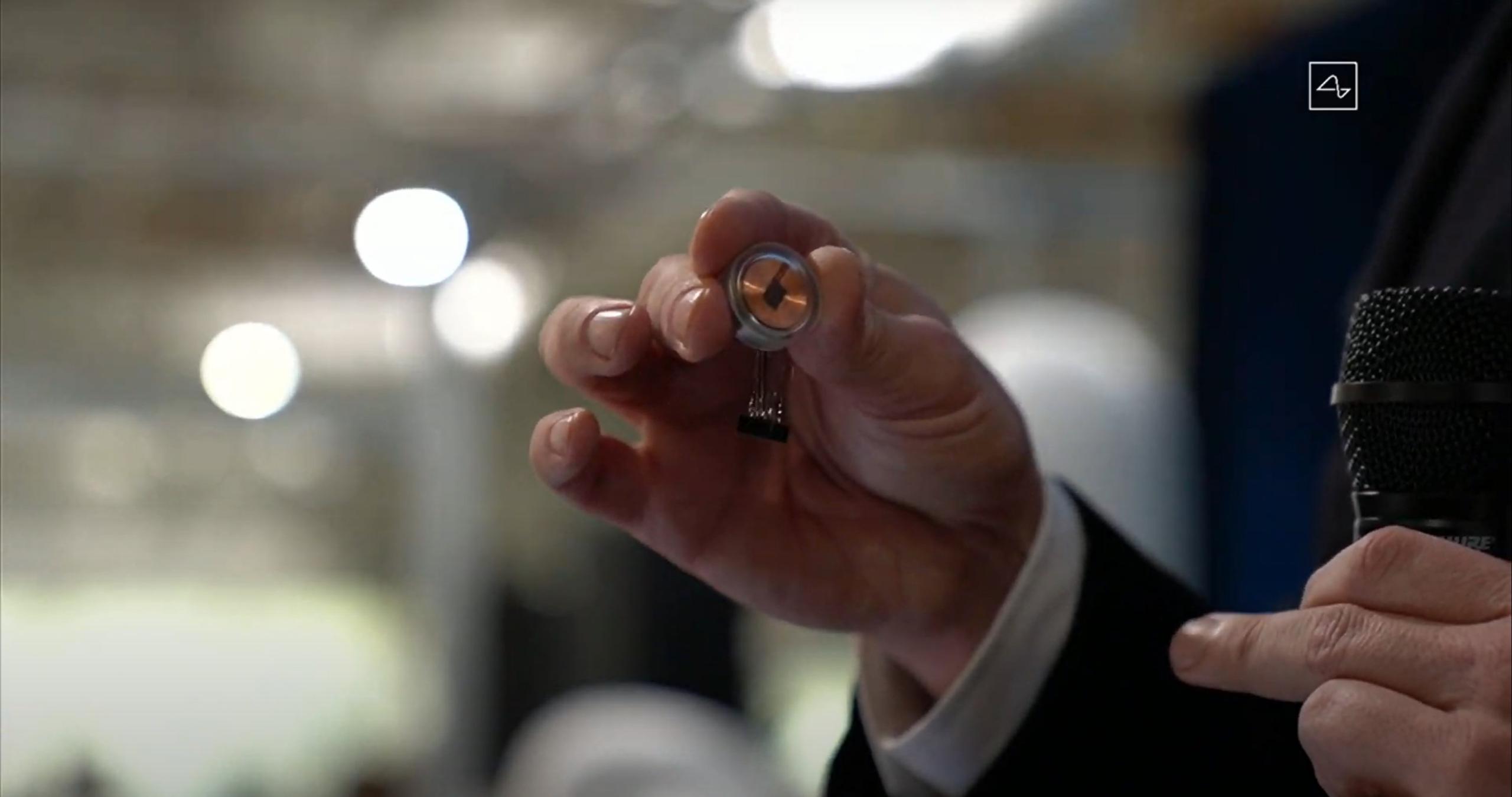 Kate Kegans doesn’t own a Tesla or any other products from Elon Musk’s many entities. Still, his Neuralink program could be her last chance at a normal life after experiencing vision impairments nearly nine years ago.

“I started having double vision, especially when I looked down,” Kegans said about her initial symptoms in 2011. “I went to my ophthalmologist. He goofed around with contact lenses for a year with no improvement, so my General Physician recommended a specialist.” An MRI revealed a cavernous malformation on her brain stem, which sent her to a Brain and Spine specialist in Phoenix, Arizona.

After having one resection of the malformation in 2011, the issues didn’t resurface for three years, until the doctor who performed the first surgery performed another one in 2015. However, the 2015 surgery didn’t go all the way to completion after “unfavorable conditions” aborted the effort once the surgery began.

Kate then underwent a third surgery to attempt the resection of the cavernous malformation in July 2018. While doctors called this surgery a success, Kegans has not lived a normal life since. After the surgery, she began experiencing symptoms that came to be recognized as signs of complete hemi-body dysesthesia, which included freezing and burning sensations on the right side of her body, and the inability to feel temperature changes on that side, making her prone to burns and scalds.

“Honestly, at this point, I wish I had not done the procedure, and dealt with the ‘ticking time bomb’ instead,” she said. As a result, Kegans has been forced to look at nearly every option due to relatively no improvement in her condition.

“I have tried extensive surgical procedures to ‘fix’ this,” she told Teslarati. Kegans then outlined the extensive list of treatments that have come to no resolve for her issues. Everything from Deep Brain Stimulation (the process of sending electrical impulses to specific targets in the brain), an Intrathecal Catheter with PRIALT (a pump placed in the body with a direct line that delivers medication into the spinal fluid), multiple cingulotomies (a surgery where tissue in the anterior cingulate region of the brain is altered, creating a lesion), Gamma Knife Radiation (surgery that destroys precisely selected areas of tissue by using radiation and not a blade), and a mesencephalotomy (an ablative procedure which lesions the pain pathways at the midbrain level to treat pain), all have had no effect on her condition.

In fact, one surgery disrupted her vision, an issue that was eventually fixed with another episode that took Kegans under the knife in November 2019. After it was fixed, the mesencephalotomy, which took place in July 2020, disrupted her vision once again. After having another surgery just eight weeks ago to improve her vision, she states that it still has not been fixed.

After trying a non-surgical route through various medications, including ketamine infusions, medicinal marijuana, gabapentin, and naltrexone, Kegans has one more option, as she says she is desperate. “I am willing to try anything to get back to normal.”

In August 2020, Elon Musk unveiled the “Link v0.9,” Neuralink’s latest and greatest implant device aimed to begin the surge toward curing various neurological diseases. A few sassy pigs with Neuralink chips implanted in their brains were among the first publicly unveiled test subjects. One, in particular, Gertrude, was a great example of how Neuralink could be used to battle various neurological diseases, including the loss of limb function.

The Neuralink implant was able to predict all the limb movements based on the neural activity that was being read. With all of the improvements and developments in the Neuralink chip, many became believers in Musk’s most recent endeavor. One of them, a friend of Kegans, who sent her information about the pigs from the demonstration.

“My friend, who is a nurse, sent me an article on Neuralink. They said that human trials would eventually start,” Kegans said.

Neuralink has a handful of problems that it plans to solve on the neurological spectrum of injuries. Everything from memory loss, to blindness, to paralysis, to seizures will be a target for the chip. Another one is extreme pain, something that Kegans experiences on a daily basis, and it has affected her ability to live a normal life for years.

“I am 57 years old,” she said. “I used to be very active, and I need help returning to a normal life. I have zero quality of life now, and I am willing to try anything to get back to normal.”

FDA Designation, and what lies ahead for Neuralink’s possible patients

In July, the Food and Drug Administration (FDA) gave Neuralink a “breakthrough device” designation, allowing the company to continue working with its Link v0.9. Eventually, the device could be sewn deeper into the brain, allowing for a wider variety of functions beyond the upper cortex. Some of the issues that could be solved would deal with addiction, depression, and motor function.

As of now, human trials are the next step for Neuralink to make some real noise in the medical sector. On February 1st, Musk gave an update regarding Neuralink’s development with the FDA, where he indicated the company was in constant communication with the federal agency to ensure implant safety.

Neuralink is working super hard to ensure implant safety & is in close communication with the FDA. If things go well, we might be able to do initial human trials later this year.

After stating that human trials could begin as soon as this year, several people, Kegans included, reached out to talk about the possibility of being included in the first Neuralink trials. While no details are known yet, there are plenty of people out there who have been affected by severe brain injuries that have negatively altered their lives. Neuralink could be the key to eventually making neurological disorders a thing of the past, especially as the company plans to create a chip that will be affordable for virtually everyone.