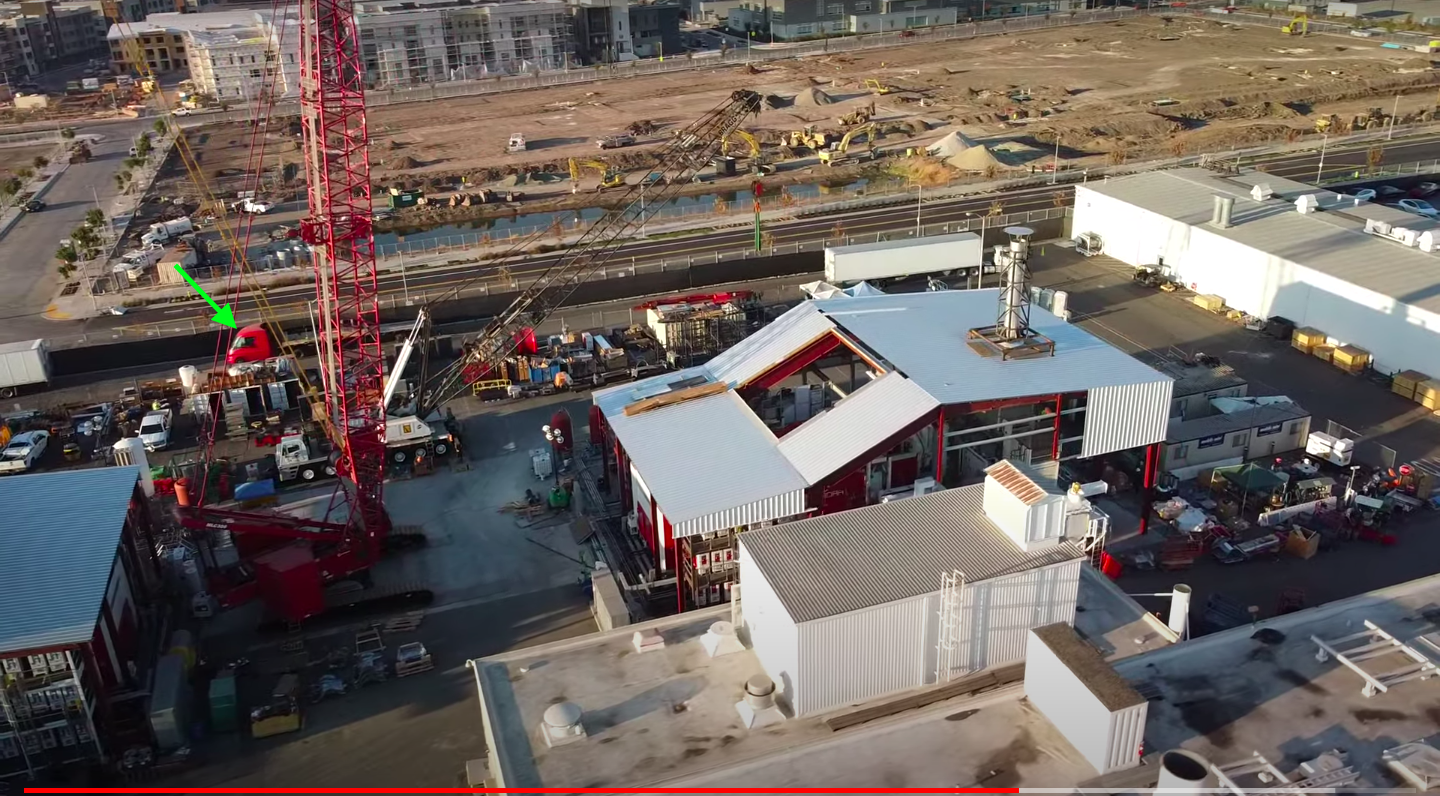 Tesla has a habit of pitting its vehicle prototypes against real-world challenges. In the case of the Tesla Semi, a Class 8 truck designed to transport loads over long distances, this becomes especially evident during the company’s end-of-quarter delivery initiatives, with the electric car maker deploying its prototypes as part of its trucking fleet.

Now that the company is undergoing what could very well be its most important blitz of vehicle production and deliveries to date, the Tesla Semi seems to be preparing for deployment once more. The Class 8 long-hauler was spotted on the grounds of the Fremont Factory recently, operating alongside other semi-trailers. The Semi was pulling a trailer behind it, though it seemed to be carrying some concrete weights instead of a regular cargo unit.

Recent footage of the Tesla Semi at the Fremont Factory was shared by drone operator Gabeincal, who conducts flyovers of the Roadrunner and Gigacast sites regularly. As could be seen in the video of the all-electric truck, the Semi looked pretty much at home while pulling its cargo alongside other trucks on the site.

Considering that the Tesla Semi has been spotted in the Fremont Factory, it would not be surprising if the all-electric Class 8 long-hauler would soon be sighted delivering vehicles once more. Both of Tesla’s known Semi prototypes have been known to help out during the company’s delivery initiatives, after all, especially during the end of the quarter.

This was highlighted in Q3, when the Semi was photographed delivering Model 3s to customers. The same was true in the second quarter, with Tesla President of Automotive Jerome Guillen noting on LinkedIn that the Semi “did come to rescue the dinosaurs.” Together with his post, the executive shared an image of the Semi parked beside traditional car carrier trucks, hinting at the battery-electric truck’s contributions during the end of Q2.

The Tesla Semi was unveiled back in 2017, and the vehicle has seen some delays in its release. Despite this, the Semi continues to receive legitimate enthusiasm from customers, with massive orders for the vehicle being reported until today. Earlier this month, for example, Pride Group Enterprises, a massive US-Canada logistics firm, announced that it had placed deposits for 150 Tesla Semis for its fleet. But that’s not all. The firm also made it a point to ensure that it has the option to purchase as many as 500 Tesla Semis in the future if needed.

Watch the recent sighting of the Tesla Semi in the Fremont Factory in the video below.