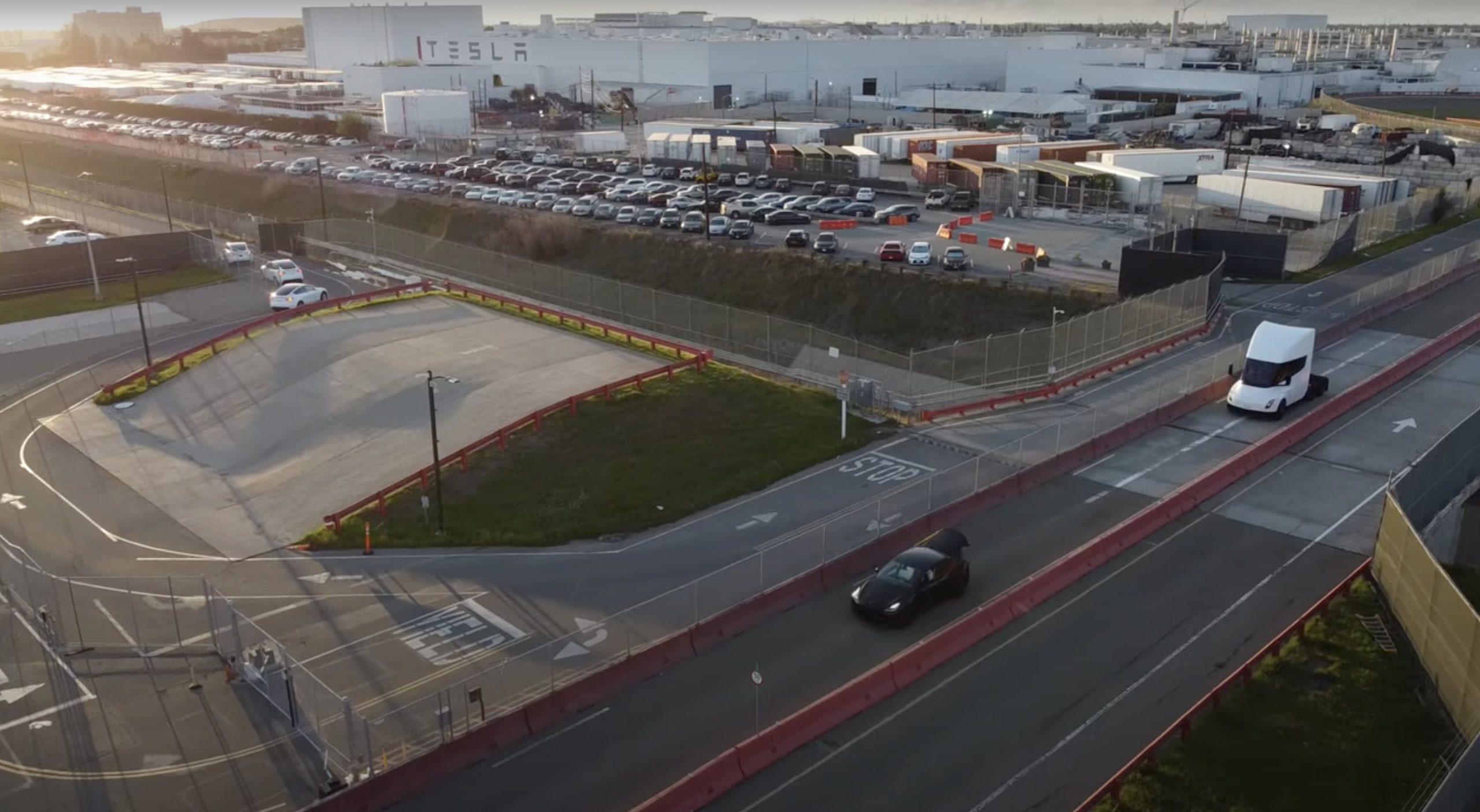 The Tesla Semi has been spotted at the Fremont Factory’s test track recently, with a drone flyover showing the all-electric Class 8 truck following a Model Y equipped with an apparent camera rig. Based on the videos of the vehicle, the Semi will indeed feature Tesla’s trademark speed.

The videos were shared on YouTube by Tesla enthusiast and drone operator Chris Nguyen, who noted that he conducted his flyover last Friday. The videos were taken from a distance, though it appears that the Semi featured an updated design, from its windows to its door handles. The vehicle’s white paint scheme also reflects the same paintwork as other updated Semi prototypes that have been spotted in recent months.

Considering that the updated Tesla Semi was following a Model Y equipped with a camera rig, it appears that the Class 8 truck was being filmed while it was cruising in the Fremont Factory’s test track. If this is indeed the case, it may suggest that Tesla is all but preparing to push the Semi to potential customers.

Such a development would be relatively unsurprising considering that the Semi was initially unveiled in late 2017. Since that time, only two prototypes of the Semi have been spotted around the United States, and it was only until last month that an updated version of the Class 8 truck–with new windows, door handles, taillights, and rear equipment–were spotted in several states across the US.

The updated Tesla Semi’s sightings came amid reports which suggested that the electric car maker had been building several of the Class 8 trucks for road testing, durability testing, and cold-weather testing. Later reports suggested that Tesla is looking to start building release candidates of the Semi around May 2021, with pilot production beginning in July 2021. By the end of the year, it is expected that Tesla would be able to produce about 100 Semis per week, allowing the electric car maker to end the year with a total of about 2,500 Semis built.

Watch the recent videos of the Tesla Semi in the Fremont Factory test track below.