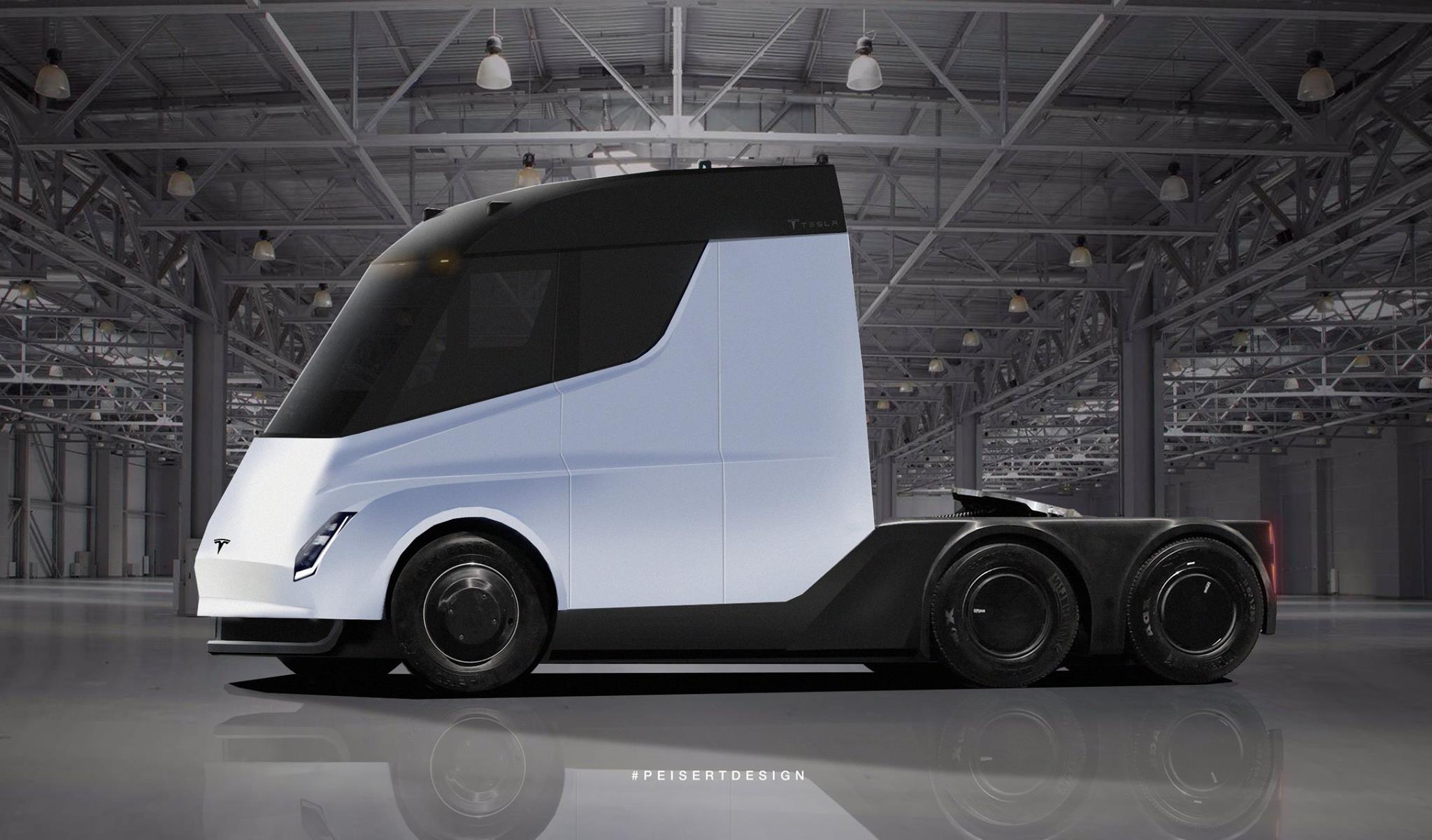 Tesla CEO Elon Musk turned on the publicity machine Sunday afternoon, announcing on twitter that the upcoming Tesla Semi unveiling will be live streamed on Tesla.com but also “blow your mind”. Not just any blow your mind, but in epic proportions that will send it “clear out of your skull and into an alternate dimension”, says Musk.

Thursday’s semi-truck reveal is the next logical step for Tesla who in June 2016 revealed through the company’s second Master Plan that it was looking to enter the commercial trucking industry. “We believe the Tesla Semi will deliver a substantial reduction in the cost of cargo transport, while increasing safety and making it really fun to operate.”

An all-electric truck would be less expensive to operate than its gas and diesel counterparts on account of reduced maintenance, fuel, and reduced insurance costs once autonomous “platooning” technology is in place. According to a previous report by Adam Jonas of Morgan Stanley, a Tesla Semi could result in operational cost reductions of 70% over existing trucks on the market.

Details of Tesla’s Semi has remained light, with the only hint being that the all-electric truck drives like a sports car, according to Musk, and a “seriously next level” truck that can compete in the heavy duty, long-haul trucking sector. Initial reports peg Tesla’s electric hauler to have a range between 200 to 300 miles, making the semi-truck better suited for short-haul operations.

Tesla Semi Truck unveil to be webcast live on Thursday at 8pm! This will blow your mind clear out of your skull and into an alternate dimension. Just need to find my portal gun …

According to Ryder CTO, Scott Perry, who reportedly met with Tesla officials and learned that the company was looking to target regional hauling with its upcoming semi-truck, Tesla could also have a strategy for tackling long distance hauling. “I’m not going to count them out for having a strategy for longer distances or ranges, but right out of the gate I think that’s where they’ll start,” said Perry.

Tesla will likely focus on the short-haul segment first, due to the lower cost barrier to entry because of the smaller battery packs needed, but also because the market has the broadest range of applications that can benefit from an all-electric semi-truck. We previously analyzed the ROI for a Tesla Semi and found that there’s a clear business case for it in the short-haul industry.

As Tesla gets ready to unveil what Musk has affectionately called a “beast”, one can only speculate on the type of mind-blowing reveal that’s set to take centerstage on November 16. His penchant to cross-pollinate resources and services between companies will likely result in a headline-making demonstration of a Tesla Semi transporting a SpaceX Falcon 9 rocket, or Line-storm.

What do you think we’ll see?

Be sure to follow us @Teslarati to see pre-event activity and go behind the scenes at Tesla’s Semi Truck event. Tesla will have a live webcast of the event starting at 8pm Pacific (11pm Eastern). Additional event details can be found here.