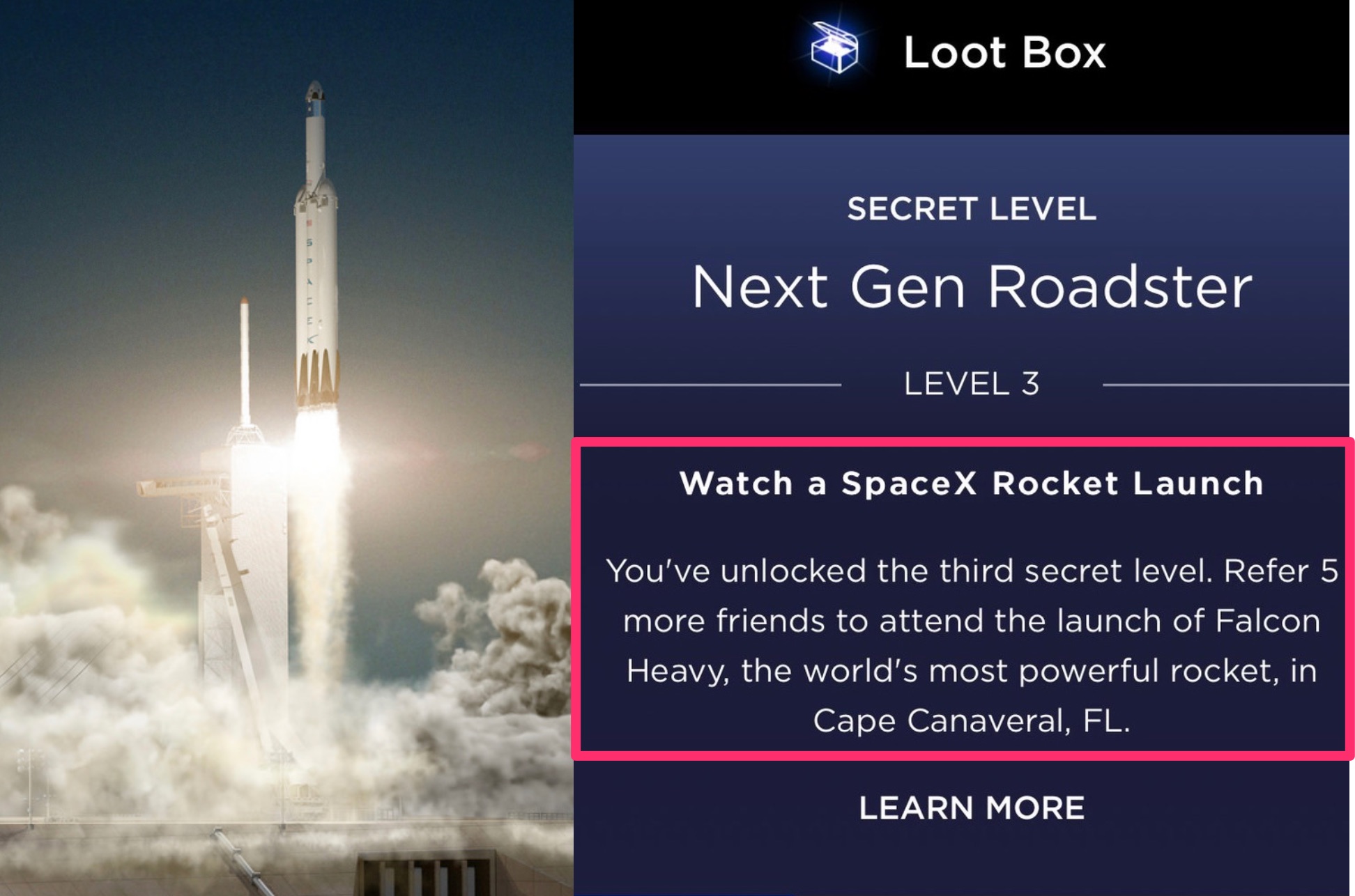 Tesla has opened up a new “Secret Level” in its seemingly ever-expanding referral program, this time inviting Model S and X owners to witness a SpaceX Falcon Heavy launch if they fulfill their “Level 3” requirements.

With much of the space community anxious to see SpaceX’s inaugural Falcon Heavy launch, which the company has described as the “World’s most powerful rocket” (when it launches), the invitation to potentially witness history in the making is, yet, another one of Tesla’s rare and exclusive “amazing adventures” being offered to owners and aimed at stimulating company sales. We recently reported that Tesla owner and YouTuber, Ben Sullins, won a Next Gen Roadster after referring an astounding 55 Model S and X referral sales and generating more than $5 million in revenue for the company.

Tesla’s latest referral program prize is another example of CEO Elon Musk’s penchant to cross pollinate between his various ventures. In Secret Level 2, we learned that winners would have the opportunity to drive The Boring Company’s electric tunnel boring machine. In addition, Tesla’s referral program was also extended to SolarCity customers who purchased a Tesla solar product, thereby sharing its incentive program to all customers under Musk’s umbrella. Not only does this cross promote products between his companies, as evident when a Red Founders Series Powerwall 2 produced by Tesla’s energy division was introduced  as a prize offering, it also allows Musk’s companies to share resources and maximize internally efficiencies between the organizations.

We’ve provided a screen capture of Tesla’s “Loot Box” feature within its app, thanks to Bonnie Norman (@bonnienorman). 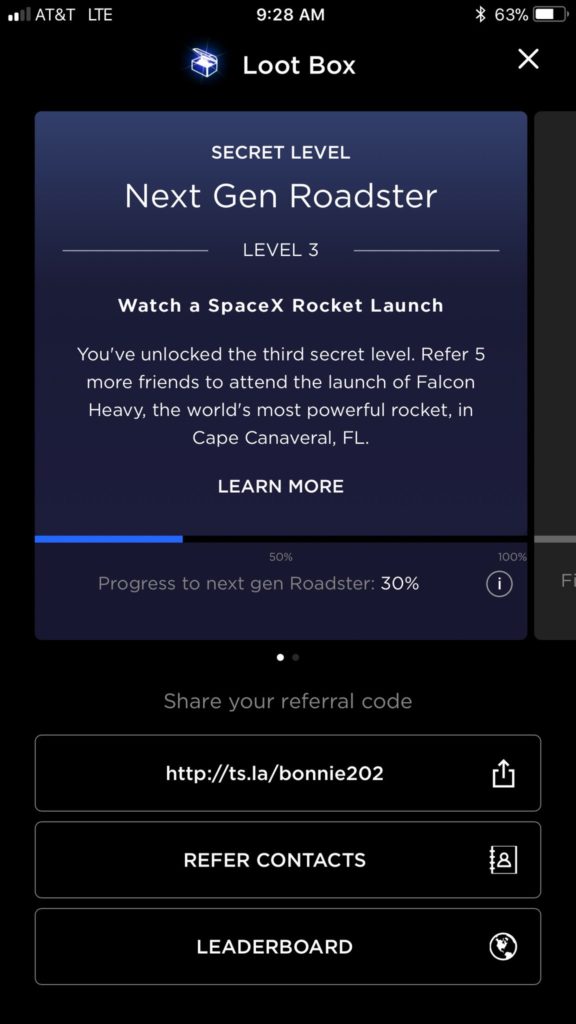