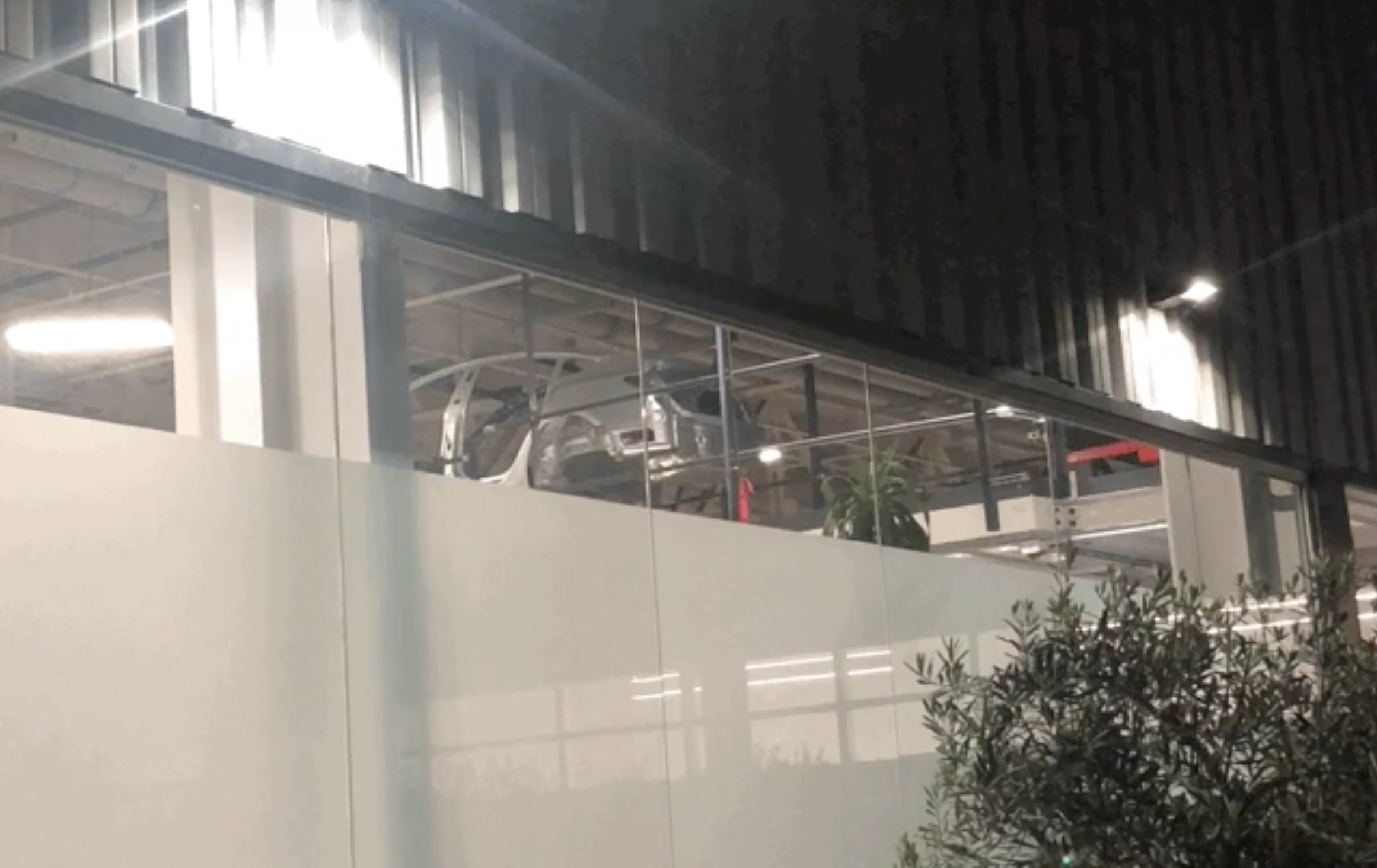 One Tesla owner managed to catch a glimpse of the Model 3 assembly line in action over the weekend while visiting the Tesla factory in Fremont, California. A short 2-second video posted to giphy shows a Model 3 conveyor moving the vehicle’s aluminum and high-strength steel body down the factory assembly line.

Despite the video showing only a short clip of the Model 3 production line, it’s the first public sighting of Model 3’s factory automation in action, outside of CEO Elon Musk’s own Instagram videos. Musk first shared a brief video of Model 3’s production body line in action in early October, dispelling reports at the time that the company’s factory workers were building major Model 3 components by hand.

The serial tech entrepreneur would follow up with another video that provides a glimpse at sheets of aluminum being stamped into Model 3 body panels in real-time. “Stamping Model 3 body panels (real-time)” read the description on Musk’s Instagram video.

As Tesla works through its production challenges, in specific issues related to Model 3 battery module production at its Nevada-based Gigafactory, the company continues to invest heavily into factory automation.

Just last week, Tesla announced that it had acquired Minnesota-based Perbix Machine Company, a long time supplier and maker of highly-automated manufacturing equipment. The company has been supplying Tesla with automated tools for production of Model S and Model X drive units. The acquisition of Perbix follows another buyout made by Tesla in 2015 for a Michigan-based tool and die stamping plant and Germany’s Grohmann Engineering in 2016.

Customer deliveries of Tesla’s highly anticipated Model 3 is expected to increase in the beginning of 2018. The company recently announced in its 3Q 2017 earnings report that Model 3 volume production is expected to reach 5,000 units per week by the end of the first-quarter.