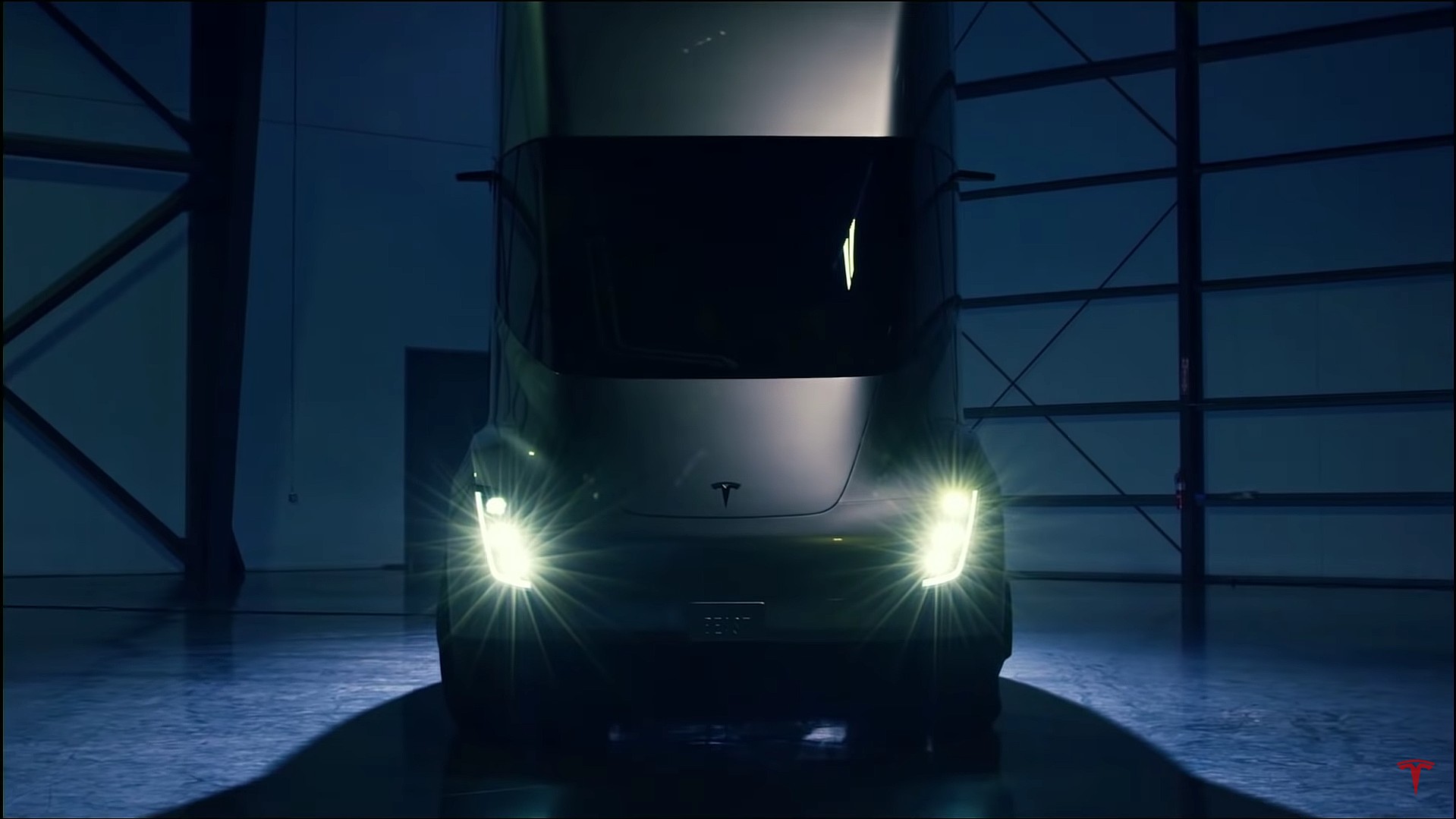 Tesla Semi could save lives if used as a military vehicle

The Tesla Semi features several benefits over traditional petrol-powered trucks. It’s faster, quieter, more powerful, and it’s far cheaper to operate. These characteristics give the Semi the potential to change the long-haul industry. But as it turns out, the Semi has the potential to revolutionize the military’s logistics as well, and it will likely save a lot of lives in the process.

As noted in a Breaking Defense report, access to gas during times of conflict comes at a terrible cost. In Afghanistan and Iraq, for example, hundreds of American troops have been slain and thousands more have been wounded over the years while moving supplies. Fuel, which is usually transported through large convoys of trucks, just happens to be very easy targets, and they do tend to get attacked.

Lt. Gen. Eric Wesley, the head of the US Army’s Futures & Concepts Center, noted that the military’s logistics burden gets drastically reduced once the need for gas sees a dramatic reduction. If the military stops employing long convoys of oil trucks during times of conflict, hundreds of lives could quite literally be saved. One way to accomplish this, of course, is through the use of electric trucks, such as the Tesla Semi.

Electric vehicles already present several advantages compared to petrol-powered machines. They’re inherently quiet, making them very difficult to detect. They’re easy to maintain as well, since they have relatively few parts compared to an internal combustion-powered vehicle. EVs can even stay off the grid for extended periods, provided that they are provided a setup that allows them to charge, such as solar panels and a battery storage unit.

“Battery costs have gone down precipitously over the last ten years. Recharge times have dropped, and ranges has grown longer. The trajectory that all of that is on, in the next two years, it’ll be far more efficient to have an electric vehicle than internal combustion, so we’re already, I would argue, late to the need,” he said.

Apart from not needing any gas, electric vehicles like the Semi can also generate power for high-tech combat systems such as sensors, command networks, and even some advanced weaponry. A Tesla Semi outfitted for the army could even be equipped with some batteries to serve as a charging station for other electric army vehicles. Granted, Wesley noted that batteries today may not be energy-dense enough to power heavy equipment like tanks yet, but for light tactical vehicles, EVs are already a good fit for the army’s needs.

Of course, there are still several challenges that need to be addressed before electric vehicles can be deployed for the military. The costs of transitioning the military’s current fleet to EVs is also substantial, and other issues such as charging infrastructure must be ironed out. The supply chains for electric army vehicles must also be secured. Yet considering that an all-electric transportation sector is all but assured today, addressing such challenges may very well be a priority.

The Lt. General’s team is currently producing a white paper that will explore the idea of electric military machines. The study will be submitted to the four-star chief of Army Futures Command, Gen. John “Mike” Murray. For Lt. General Wesley, transitioning the army to EVs may very well be a pertinent goal, considering that the age of the internal combustion engine may be ending.

“Tesla is building large [semitrailer] trucks. UPS and FedEx are starting to buy these vehicles to learn how they move into that area. The entire automotive industry is migrating towards this idea of electrification, and there’s a lot of good reasons for it. And as the entire industry goes to electrification, the supply of internal combustion engine parts is going to go down and therefore prices are going to go up,” he said.

Tesla Semi could save lives if used as a military vehicle