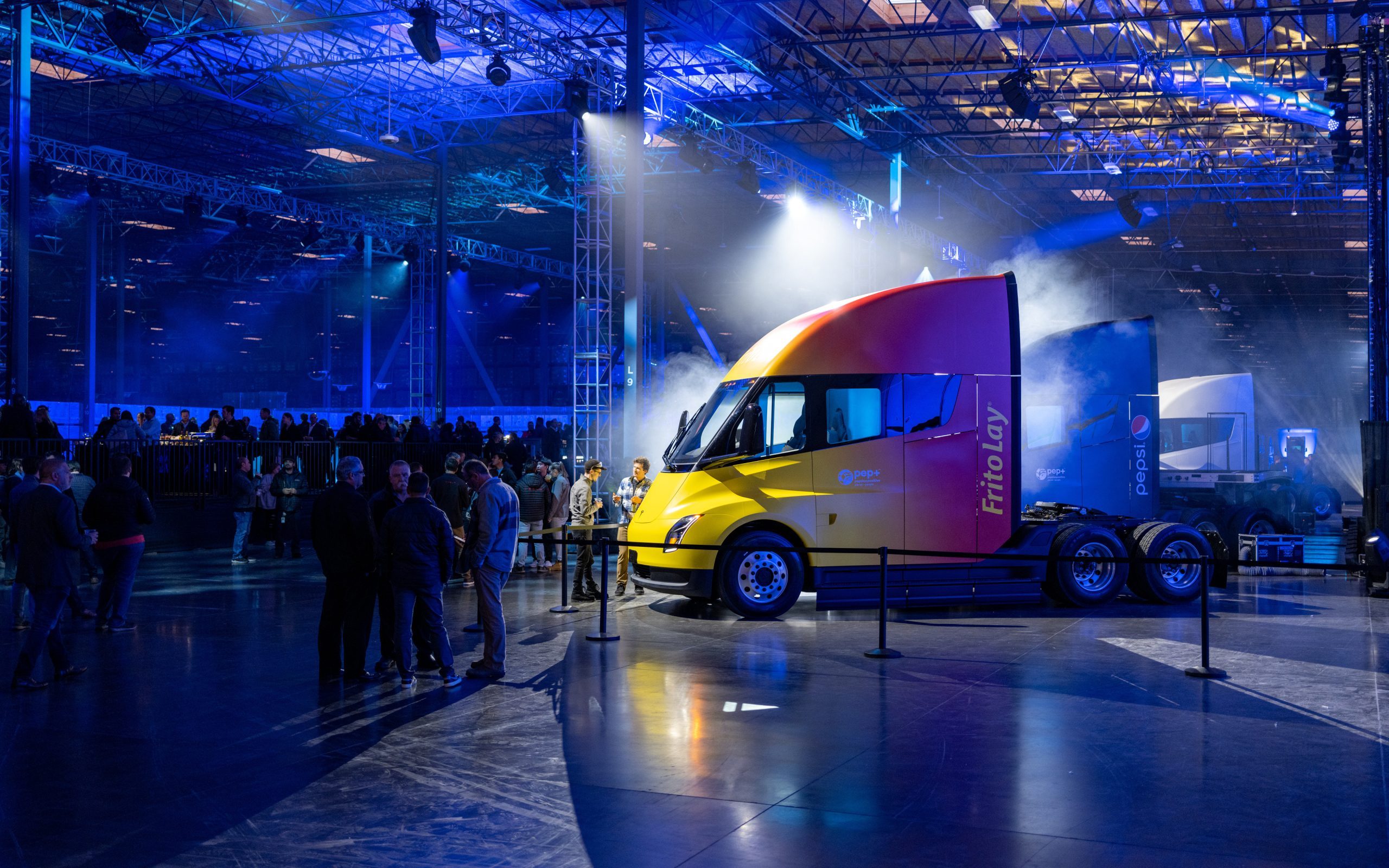 The Tesla Semi’s inaugural delivery event for PepsiCo featured a number of key announcements that are pertinent not only to the all-electric Class 8 truck but also to the company’s other vehicles. These include the Semi’s charging system, which will also be compatible with vehicles like the Cybertruck, as well as the vehicle’s immense power and efficiency.

As highlighted by CEO Elon Musk and Dan Priestley, a Senior Manager of Tesla Semi Truck Engineering, the all-electric Class 8 truck is a complete beast. It’s sleek, powerful, and with its 500-mile range, it’s more than capable of hauling a meaningful amount of cargo on a single charge. While discussing the Class 8 truck’s advantages, Musk and Priestley highlighted that the Semi is so powerful it has three times the power of any diesel truck on the road today. But that’s not all. The vehicle is also extremely efficient.

“You got three times the power than any diesel truck on the road right now. So you got all the power you need to get the job done. But the other reason that it’s a beast is because it’s also efficient. You can go 500 miles on a single change on one of these things. So it’s the mix of those two, that this is why it’s a game-changer. And what’s awesome is that both of those are enabled by our new thousand-volt powertrain, which is the first vehicle that we’re doing with that,” Priestley said.

The idea of Tesla adopting a thousand-volt powertrain came as a pleasant surprise to the EV community, especially since the company has been pretty tight-lipped about the details of its future projects. During the Q1 2022 earnings call, Tesla executives were asked if the company has plans to adopt an 800-volt architecture for its vehicles, similar to those used by rivals like the Porsche Taycan.

Back then, Tesla SVP of Powertrain and Energy Engineering Andrew Baglino explained that an 800-volt architecture doesn’t really make sense for small vehicles like the Model 3 or Model Y. The executive also noted that if Tesla does adopt such a system, it would be for larger vehicles like the Semi or the Cybertruck. Considering Musk and Priestly’s comments during the Semi’s unveiling, however, it appears that the Semi would only be the first of several vehicles that will feature a thousand-volt powertrain.

“Don’t worry, there will be some more vehicles coming with that. But this will be a game-changer because of all the awesome innovations that have happened behind the scenes and under the hood, so to speak,” Priestley said.