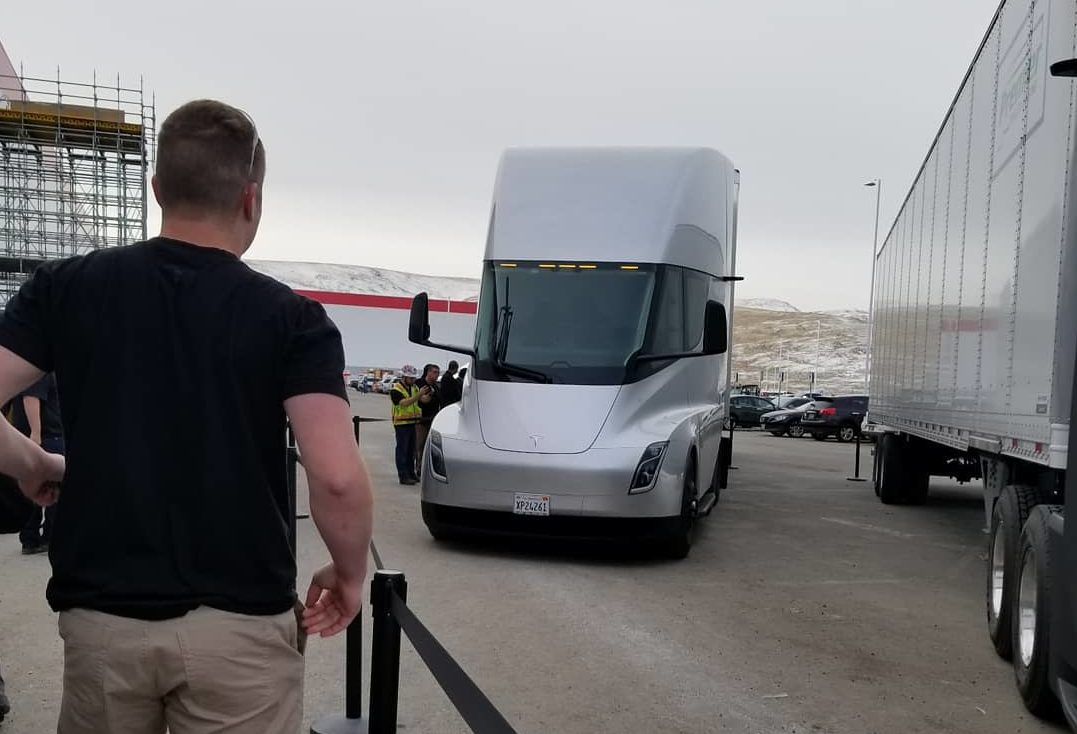 Tesla CEO Elon Musk has revealed the first photo of a Tesla Semi, with a trailer full of battery packs in tow, that’s on its way to complete the first production cargo trip for the company. The news follows our recent report that a Tesla Semi was spotted traveling between the company’s Fremont, Calif. factory and Gigafactory facility in Sparks, Nevada.

“First production cargo trip of the Tesla Semi heavy-duty truck, carrying battery packs from the Gigafactory in the Nevada mountains to the car factory in California,” said Musk in his Instagram post.

A silver Tesla Semi, the company’s 500-mile all-electric long-range hauler – the same version that was recently spotted doing a tire-shredding acceleration run – and shorter range electric truck in Matte Black, can be seen in Musk’s photo. The all-electric trucks are framed by the unmistakable Nevada mountains surrounding the Gigafactory.

First production cargo trip of the Tesla Semi heavy duty truck, carrying battery packs from the Gigafactory in the Nevada mountains to the car factory in California

With a distance spanning just over 250 miles (400 km) between Tesla’s Nevada-based battery facility and its Fremont factory, both the long-range and shorter range Tesla Semi can presumably travel the entire length without needing to recharge.

Considering the over 4,000 feet total elevation drop from Tesla’s Gigafactory 1 and its California factory, Tesla Semi’s regenerative braking system would recapture loss energy on descents and result in a range increase in certain areas of the journey.

Today’s reveal by Musk validates a statement made by Tesla’s VP of Truck programs Jerome Guillen when he revealed that the company would become its own Tesla Semi customers by using the vehicles to transport components between its facilities.

“Tesla will be the first customer for its own truck. So we will use our own trucks to carry cargo in the US between our different facilities. We have (an) assembly factory in California, we have a battery factory in Nevada, so we’ll use our truck to carry things in between,” said Guillen when speaking at a summit in The Netherlands late last year. 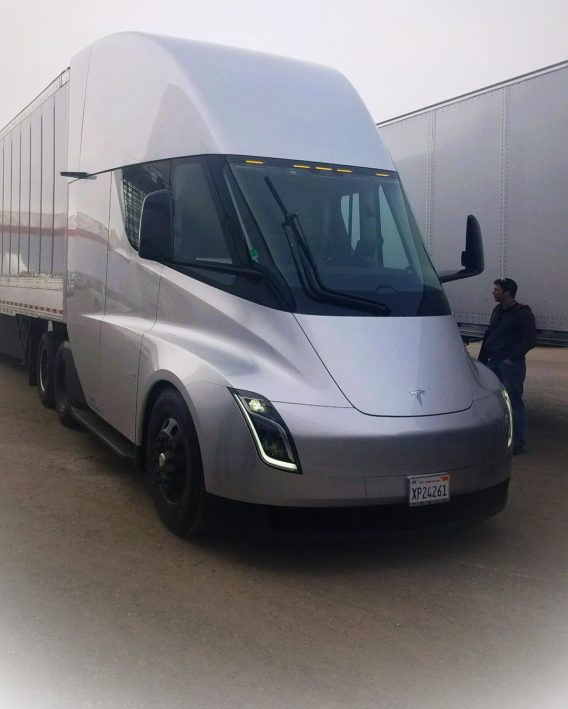 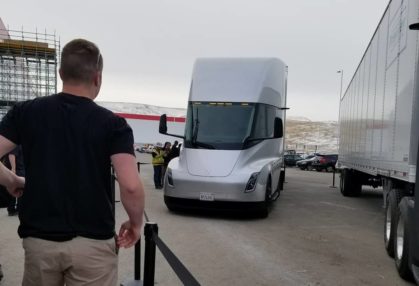 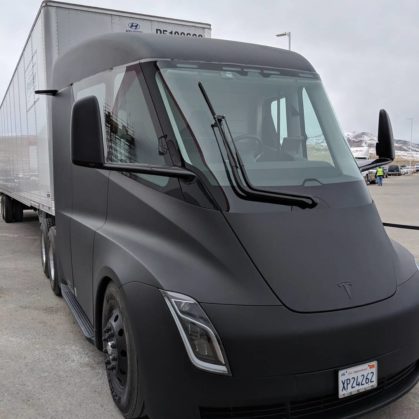 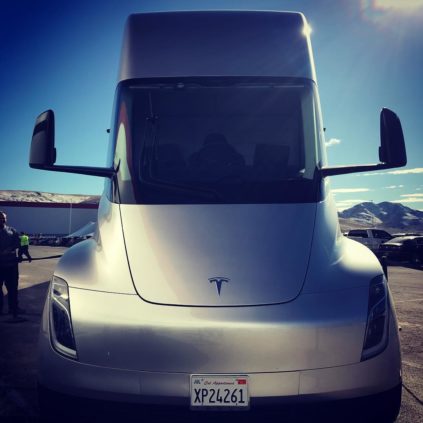 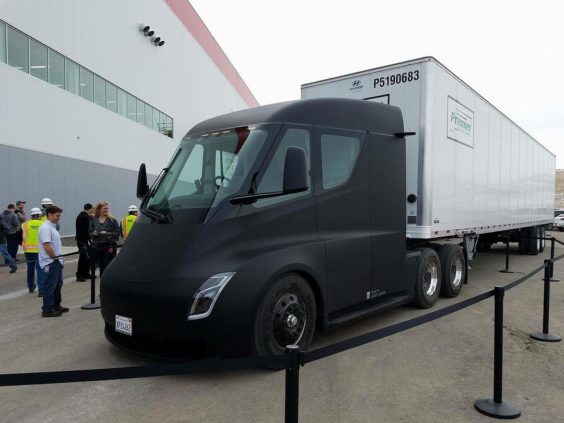 Production of the Tesla Semi is expected to take place sometime in 2019. The company is working with its largest customers on the design and build out of its ultra-high powered Megacharger, The Tesla Semi charging stations will be installed at key locations that are frequently traveled by fleet operators and spaced close enough together so that Tesla Semi drivers have enough range to return back to their loading docks without needing to recharge.

PepsiCo, one of the largest Tesla Semi customers to date having ordered 100 trucks, noted that an agreement to share charging facilities for the Semi would help the electric truck service a wider area.

“We have a lot of in-house capability around energy and engineering, and certainly, Tesla brings their expertise to the table on energy and charging,” said PepsiCo executive Mike O‘Connell.

Other high-profile companies such as UPS, UAE-based Bee’ah and Norway’s Postal Service, among many smaller operations, have committed to reducing their operations environmental impact by either replacing or augmenting their fleet with Tesla Semi trucks.