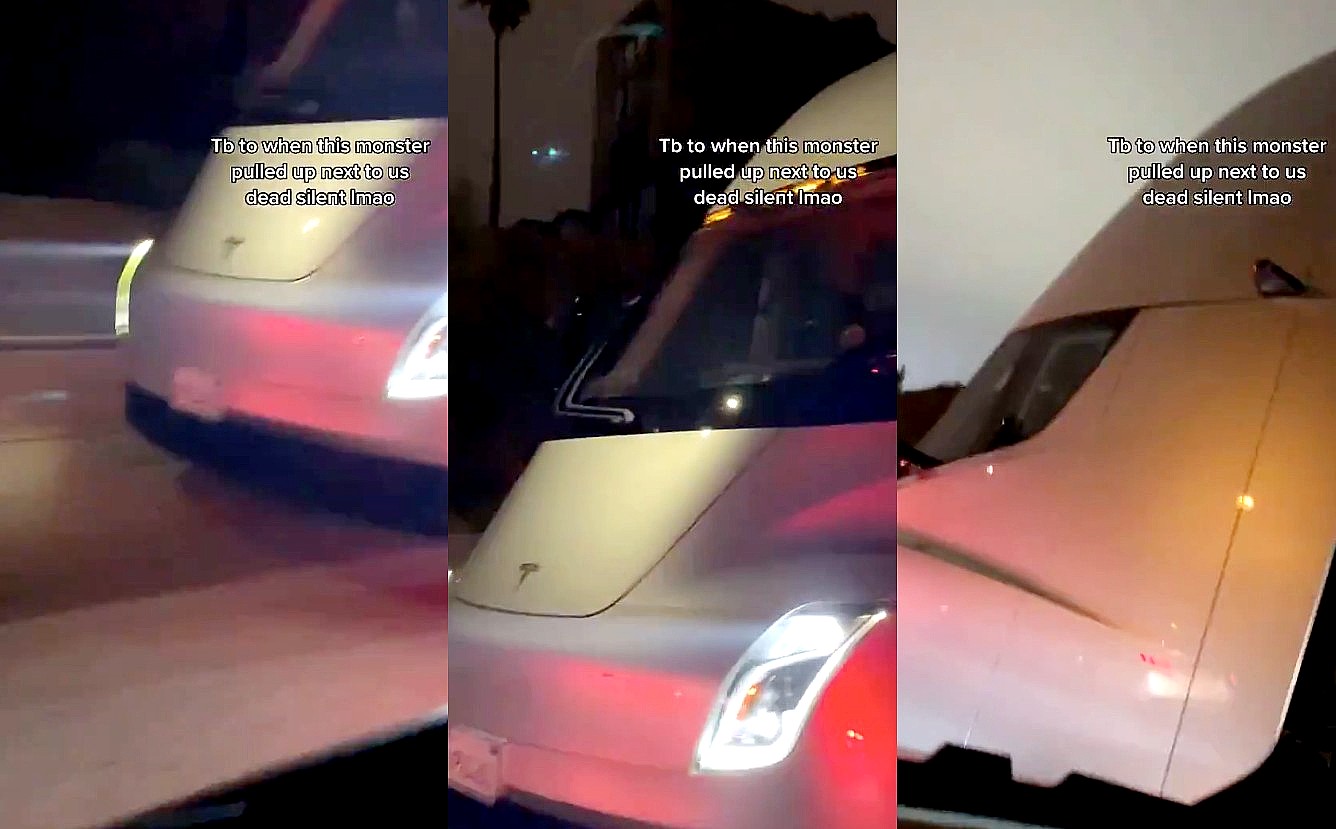 The Tesla Semi has the potential to change the perception of large long-haulers, and a good part of this would be due to its low operating noise. Conventional diesel and gasoline-powered semis tend to be loud due to their large, roaring engines, making them quite disruptive for residents living close to their routes. The Semi, with its four Model 3-derived electric motors, boasts relatively minimal noise, as could be seen in sightings of the vehicle in the wild.

This was something that some Tesla fans experienced while they were driving on what seems to be a freeway. As shared by Tesla owner @tesla_master on Twitter, what appears to be the company’s original silver Semi prototype was sighted pulling a trailer on the road. While the sighting itself is very brief and rife with typical social media antics, the video’s uploader did emphasize that the Semi was incredibly silent, to the point where the massive all-electric truck actually surprised them.

Sightings of the Tesla Semi in the wild would show that the Class 8 truck is not as silent as its smaller stablemates like the Model 3 and the Model Y, with the vehicle exhibiting an audible whine from its electric motors and tires when it accelerates. This sound, however, is far less disruptive than the roar and rumble of diesel and gasoline-powered semis that are currently being used today.

Noise from traditional semi trucks has been a source of complaints across the United States over the years. In New Castle, Delaware, residents ended up clashing with the Delaware Department of Transportation over trucks that were reported to be loud, smelly, and noisy in 2018. In 2011, residents from High Bridge, New Jersey, complained explicitly about the noise caused by downshifting semi trucks. High Bridge officials then noted that the noises caused by the trucks were so disruptive that the vehicles could be heard around the town.

These are issues that would be addressed, at least in part, by vehicles like the Tesla Semi, especially considering that the all-electric Class 8 truck does not require downshifting. This makes the Tesla Semi relatively quiet to operate, a characteristic that residents in the vehicle’s routes would most likely appreciate.