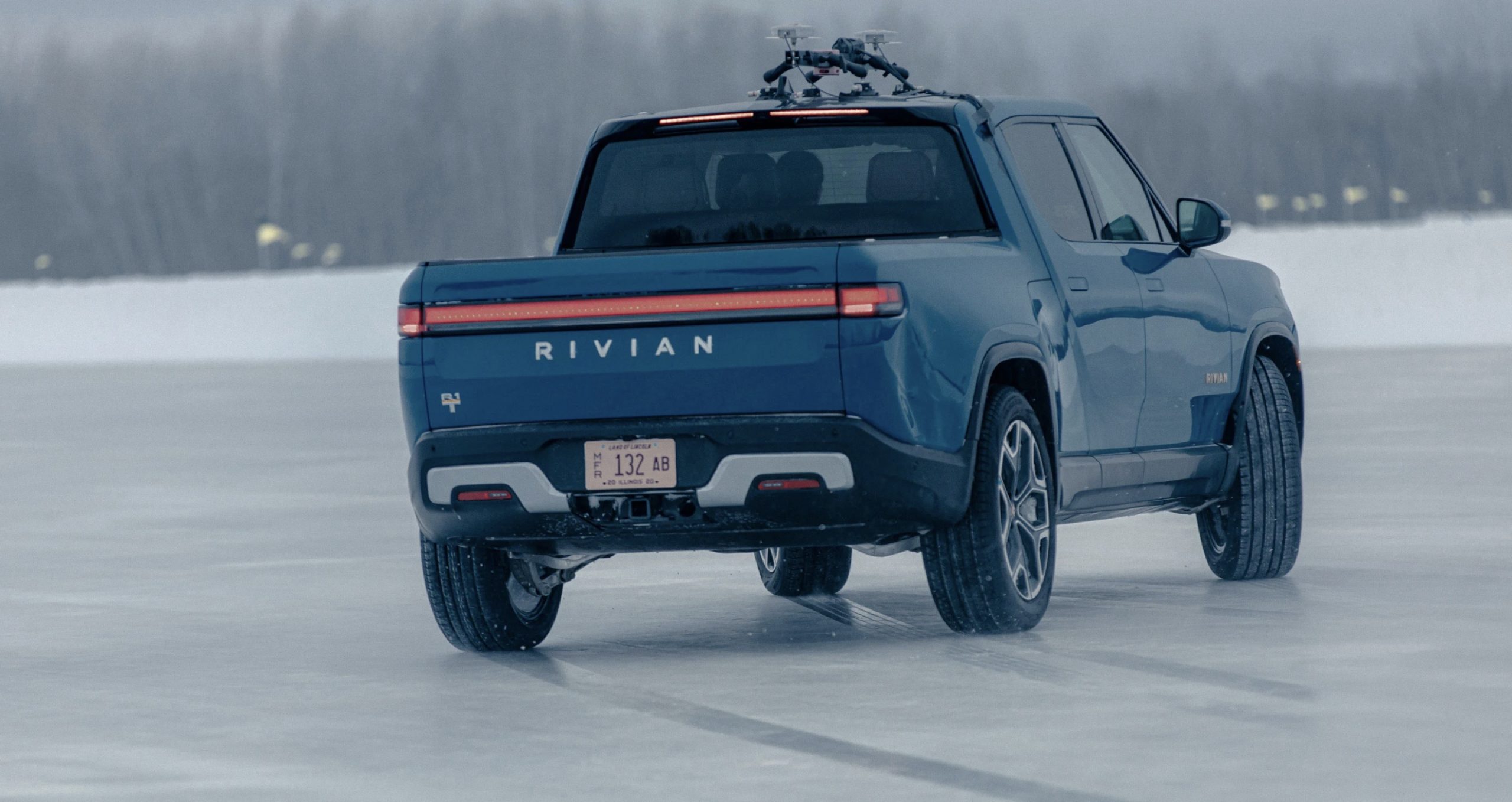 Rivian engineers visited one of North America’s largest cold-weather testing facilities in Minnesota to refine the R1T and R1S vehicles’ dynamics and battery performance. While there, Rivian engineers tested self-heating strategies for its battery pack.

“In extremely cold conditions we use some battery energy to keep the cells in our battery above 14°F to provide controlled vehicle performance,” said Laura, who work as a Control Integrations Engineer.

“Some EVs have electrical heaters to heat the battery up, which is another component — more cost, more mass, and a drain on electrical supply. Instead, we’re using our inverter and motor to generate heat — even while stationary, our traction system can generate substantial heat for the battery,” she said.

An electric vehicle’s battery performance can be affected by sub-optimal environmental conditions. EV automakers go through rigorous winter testing to ensure that their cars can still perform at a near-optimal level during freezing weather.

According to the Control Integrations Engineer, Rivian’s battery was designed to operate up to an ambient temperature of -40°F (-40°C). R1 vehicles use a central cold plate to efficiently heat or cool their batteries and maintain the cells’ optimum temperature.

Richard, the VP for Propulsion Powertrain, stated that Rivian’s R1T vehicles could soak for a long time in -40°F and still operate fine once properly heated. However, it would take 20 minutes to heat the battery enough to use the car’s full power and optimal battery performance.

“The vehicle range prediction displayed to the driver will take into account the temperature, driving conditions, and cabin heating considerations to give an accurate display of vehicle range from the remaining battery energy,” Richard said.

Rivian R1T and R1S deliveries will start later this year in the United States and Canada. The company’s CEO RJ Scaringe said that Rivian was working some fun modes for owners to play with during their drives, including Drift Mode.

Watch Rivian’s feature on its R1 vehicles’ cold weather testing in the video below.