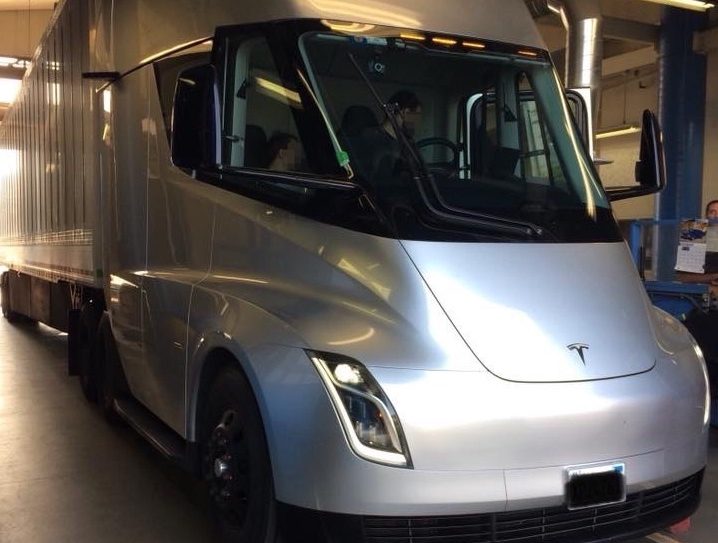 Inspectors at the California Highway Patrol commercial truck inspection station were in for a treat Friday afternoon on August 10 when a spotless Tesla Semi truck pulling a trailer full of cargo made its way through the Donner Pass Inspection Center that’s located off of Interstate 80. Roughly 50 miles south of Tesla’s Gigafactory, where the all-electric big rig was likely coming from, CHP authorities stopped Tesla’s all-electric truck for an impromptu inspection as part of its authority under the CA vehicle code to stop and inspect trucks where signs are posted.

Images of the Tesla Semi at the Northern California weigh station and inspection center were shared with a relative excitement by CHP – Donner Pass on social media. “The future has arrived…….The new Tesla truck tractor was inspected today at the facility,” noted the Commercial Vehicle Enforcement Facility on its Facebook page.

Though under California law the CHP had the authority to stop Tesla’s Semi for a routine inspection, one could presume that officials were more keen on getting a better up-close-and-personal view of the rare semi truck than anything. “Very easy to inspect and very clean,” noted the CHP – Donner Pass representative. Adding, “We like it. Very clean” when asked by a Facebook user on how they felt about the quad-electric motor long-range hauler.

No violations were found during the inspection and the vehicle was cleared to go. 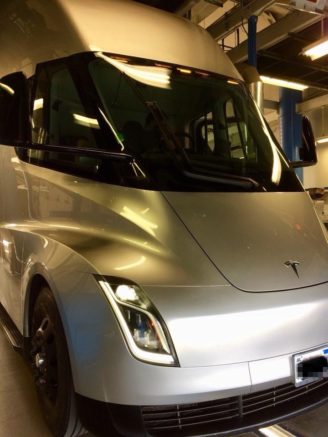 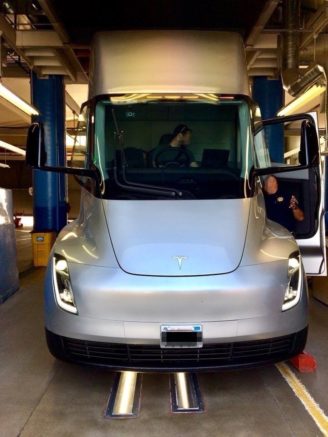 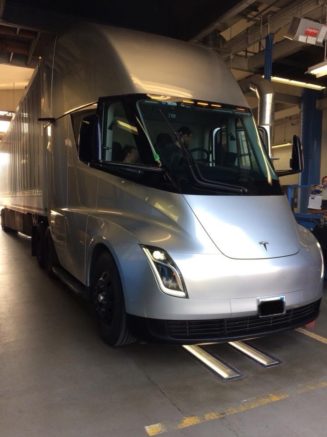 The Tesla Semi has continued to build in popularity among businesses looking to reduce their carbon emissions footprint while also cutting transportation and logistics costs. Some of the world’s most notable companies such as PepsiCo, FedEx, and UPS in the United States and Bee’ah from the United Arab Emirates, have publicly announced the upcoming addition of Tesla’s semi truck to its transportation fleet, although that would appear to be a small fraction of the total number of orders being placed for the all-electric truck. In the company’s Q1 2018 earnings call, Tesla CEO Elon Musk and CTO JB Straubel noted that there are roughly 2,000 reservations for the electric long-hauler.