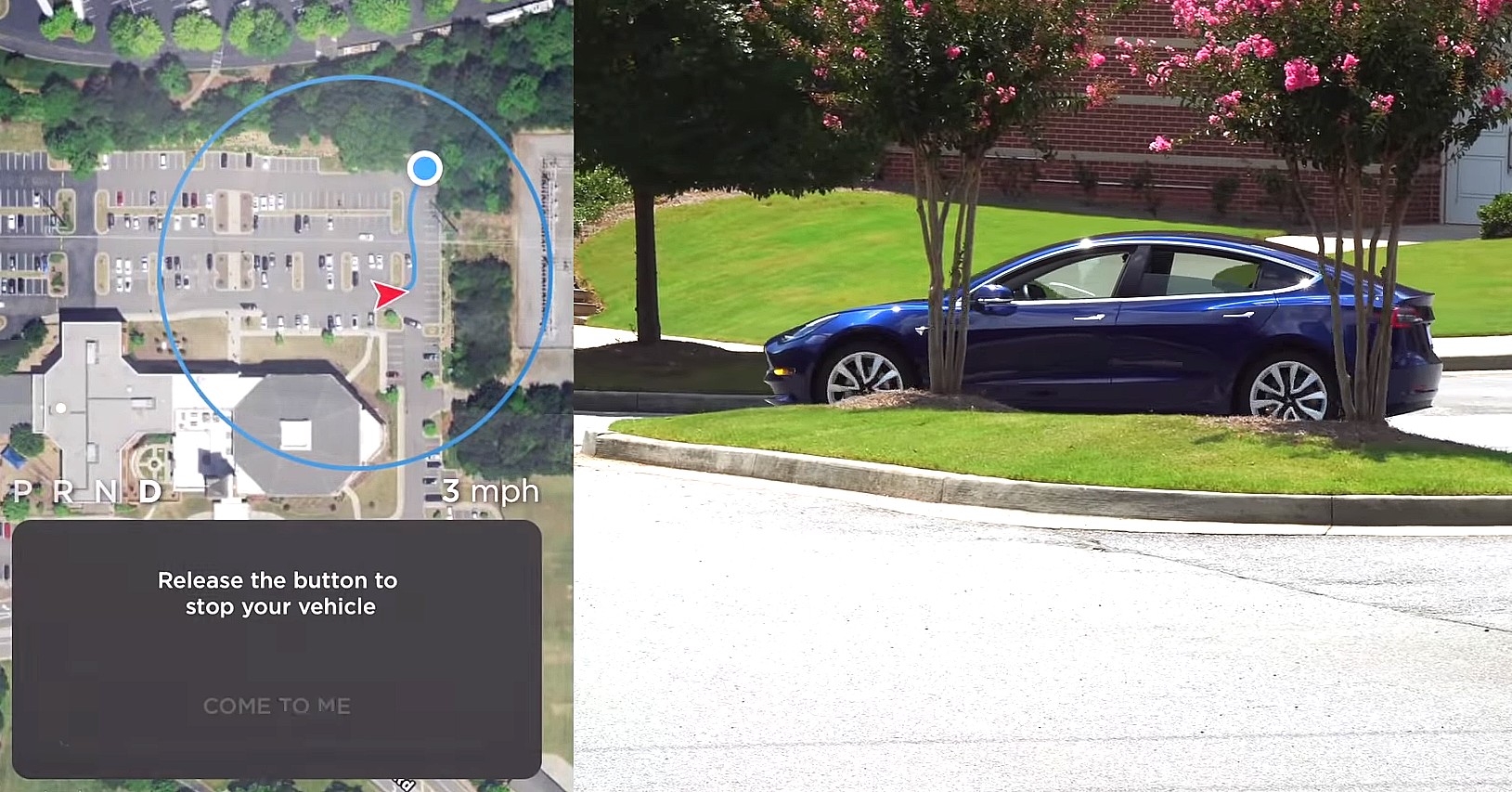 As Tesla continues to work on refining the features of its impending V10 release, the company has rolled out an update to a key full self-driving capability that has long been teased by Elon Musk: Smart Summon, a nifty system that allows an electric car to navigate a parking lot on its own and drive to its operator.

A recent update to the feature was reportedly introduced to members of Tesla’s Early Access Program. As noted by Kim, the host of YouTube’s Like Tesla channel, the feature’s name had recently been changed to “Smart Summon” from “Enhanced Summon,” and it is currently in its fourth iteration. These, together with a number of other updates to the feature, were highlighted in a video.

Immediately noticeable in the recent Smart Summon footage are the improvements to the feature’s quality of driving itself. The vehicle promptly reacted as soon as the Smart Summon sequence was initiated, backing up from its parking space and navigating to its operator. The feature exhibited notably more confidence in its driving compared to its previous iterations, and it no longer seemed to be confused with things such as shadows on the parking lot.

Interestingly, the recent Smart Summon update also included changes to the feature’s interface on the Tesla mobile app. As could be seen in the Tesla owner-enthusiast’s video, Smart Summon’s map currently displays the exact route that the vehicle will take to reach its operator. The speed of the vehicle during the Smart Summon sequence, which appears to top out at 4 mph, is also displayed on the app.

A look inside the cabin of the early access Model 3 while it was being summoned shows that the vehicle’s steering is notably more precise and smooth this time around. The center display also showed turn-by-turn directions as soon as the Smart Summon sequence was started. Smart Summon’s current iteration nevertheless has its quirks, the most notable of which was the feature’s apparent preference for driving on the left side of the road, which was quite notable during wide turns.

Overall, the current iteration of Smart Summon released to members of Tesla’s early access program showed significant improvements, especially compared to the feature’s capabilities last Spring, which could be viewed here. The feature remains a work in progress, but it is progress that is becoming more and more visible with each new version that gets released.

The capabilities of Smart Summon’s recent iteration takes Tesla a step closer towards the feature’s wide release and the eventual activation of more features in the company’s Full Self-Driving suite. This is particularly notable, as Smart Summon, as noted by Elon Musk, would be one of the key features that will comprise the company’s upcoming V10 update, which is slated for release in the near future.

Watch a demonstration of Smart Summon’s current iteration in the video below.