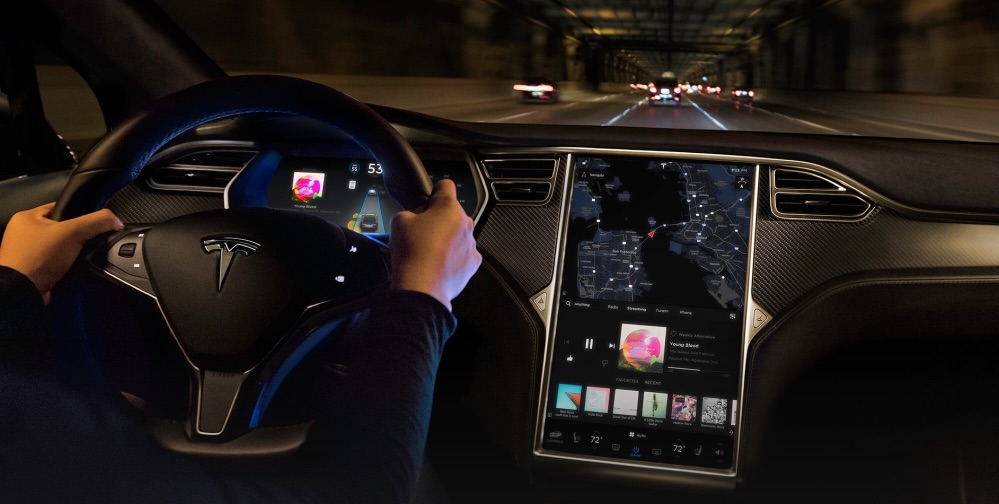 It’s been roughly a month since Tesla Model S and Model X owners first began experiencing the company’s updated Version 8.0 of Autopilot that placed heavy emphasis on the vehicle’s onboard radar to become the primary sensor and shifted focus away from the front-facing camera. The result was an updated driving-assist feature that allowed the vehicle to automatically react to emergency braking events that take place two cars ahead and what Tesla says will improve safety by a factor of three over the previous version. But with such major software updates also comes bugs.

When asked by an owner via Twitter on whether there will be fixes coming soon, in specific bringing back visual controls to SiriusXM radio, Tesla CEO Elon Musk revealed that a new software update with ‘several UI improvements’ will be arriving in the weeks following the solar roof and Powerwall 2.0 unveiling.

@JohnGarryVO Several UI improvements across the board in 8.01 (next few weeks) and 8.1 in Dec

But more importantly, Musk revealed that Version 8.1 of Autopilot will be arriving in December. Coincidentally, this is also the timeframe that the company plans on enabling Enhanced Autopilot on vehicles equipped with self-driving “Hardware 2”. The new hardware will allow vehicles to achieve Level 5 autonomy and drive completely on its own without human input, through the use of 8 cameras, enhanced ultrasonic sensors and a new computer that has forty times the processing power as current generation hardware.

Version 8.1 of Autopilot is said to have the ability to automatically take highway exits using the onboard Navigation feature. Presumably, if a driver enters a destination address on Nav, Model S and Model X will be able to provide Autosteer capabilities and follow the blue line and exit freeways, when applicable. Photo via ‘Thoughts on Navigation 8.0’ review