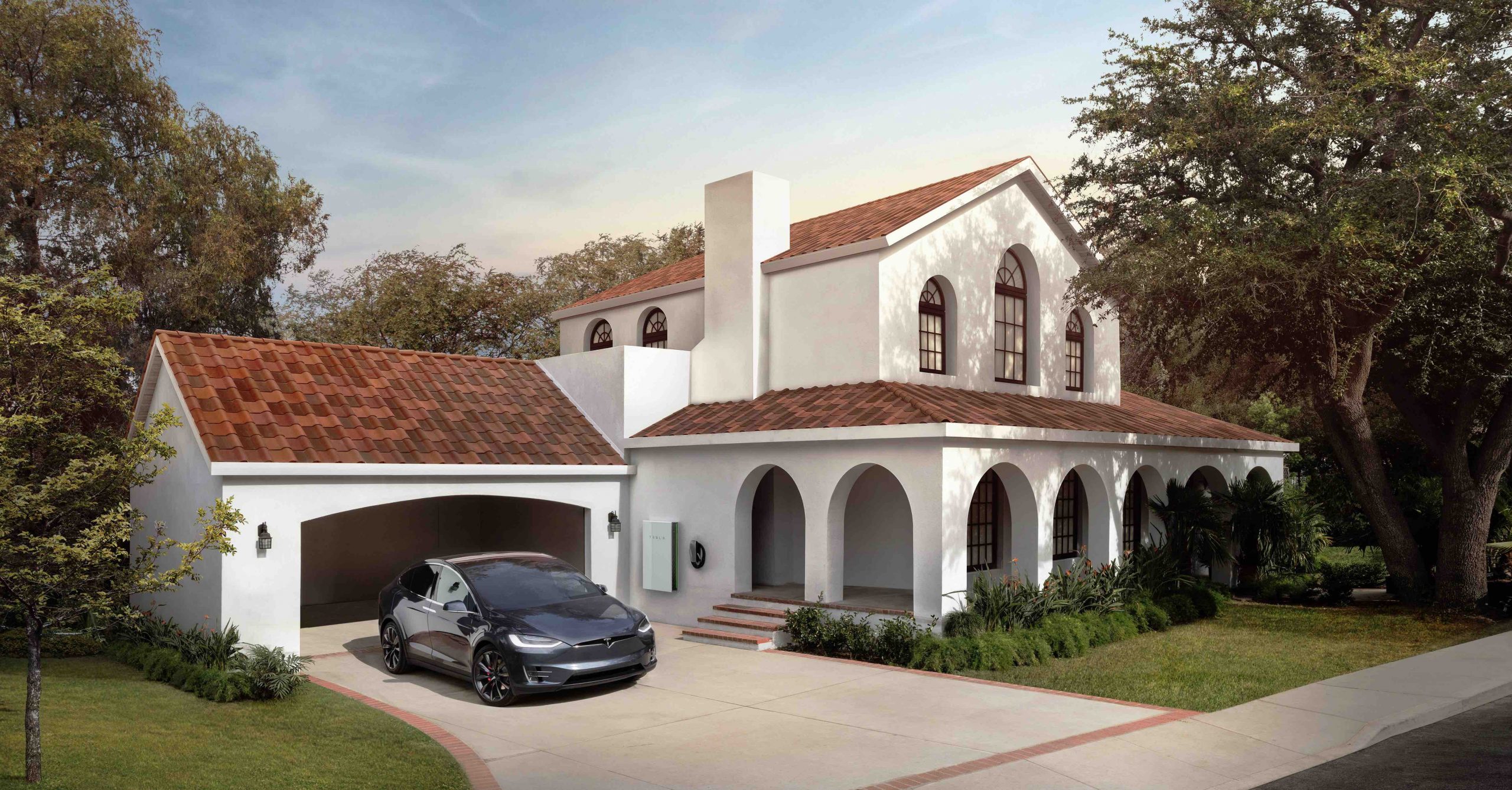 Tesla was issued a patent for camouflaged solar panels recently. The patent hints that Tesla may be close to releasing other Solar Roof variants like the Tuscan and Slate tiles Elon Musk talked about several years ago.

The latest Tesla solar roof patent was issued on March 2, 2021. The patent describes how Tesla has improved the Solar Roof’s design and efficiency. Founders Legal explained that the patent describes a means for Tesla to obscure, color match, and camouflage its solar panels. Figure 3 in the patent depicts a solar tile up close and each of its layers.

Tesla describes the middle layer of Figure 3, labeled 306, as “having a plurality of louvers” to block the view of photovoltaic cells from the side. Louvers are generally designed to regulate airflow or light penetration on doors and windows. They are usually angled slats or parallel, horizontal blades, like window shutters.

According to the patent, the louvers in Tesla’s solar panels may have design colors varying from light to dark gray tones to earth tones and cedar color. They may also differ in print appearance. The photovoltaic cells will match the design colors of the louvers, resulting in a more uniform, seamless view of the roof tile from the side.

The louvers’ design, colors, and prints allow Tesla to explore more Solar Roof options. For instance, Figure 10 in the patent looks strikingly similar to the Tuscan roof tile Tesla revealed as a viable option for Solar Roof in late 2016. There are also illustrations which suggest that Tesla may be experimenting with print molds for Solar Roof Slate tiles. The patent’s references to cedar-colored tiles may explain recent images taken during a flyover of a test house in Fremont, which featured wood-like Solar Roof tiles.

Expanding Solar Roof options may help Tesla become a leader in the market. “I think a future where we’ve got beautiful roofs generating energy that are tough and resilient and better in every way than a regular roof and alive with energy, that’s the future we want. Solar Roof is a killer product. This will become obvious next year.,” said Elon Musk during a previous earnings call.