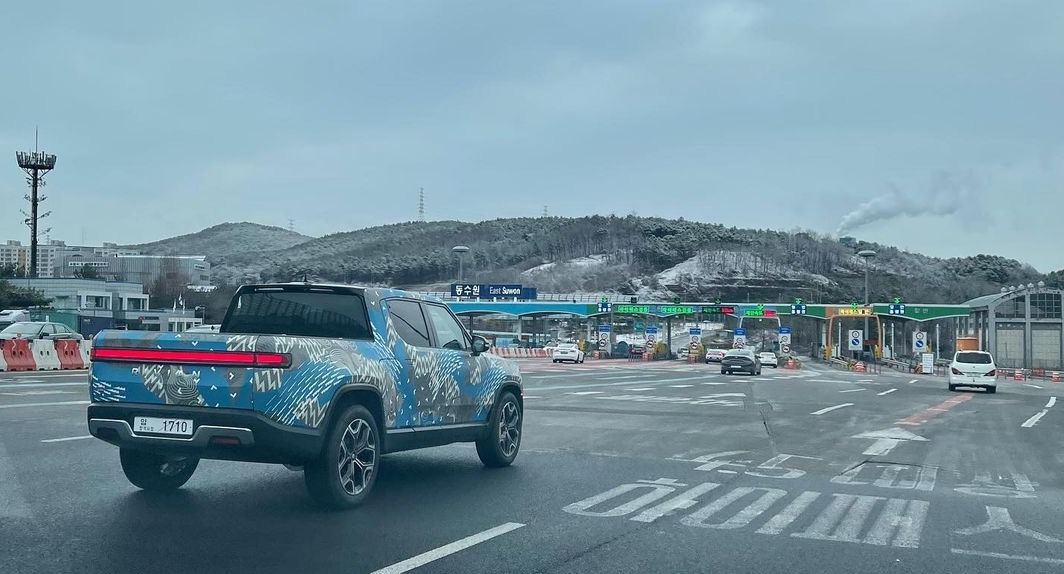 A Rivian R1T pickup truck was spotted in South Korea. Rumors have circulated that Rivian may be partnering with LG Chem for its battery cell supply. The camouflaged R1T spotted cruising around South Korea may confirm Rivian and LG Chem’s rumored partnership.

Rivian R1T deliveries are expected to start by June 2021. Rivian revealed the price and release dates for its R1T pickup truck and R1S SUV in early November last year. According to Rivian’s late 2020 update, the Launch Edition, along with the Adventure and Explore Package R1T and R1S vehicles will have an estimated range of 300+ miles per charge. Back in 2018, Rivian stated it would release three battery options for its vehicles.

Rivian estimated that the variants equipped with the 180kWh battery pack might be available by January 2022. The EV manufacturer has not announced the availability date of its 250+ mile variant yet.

Rivian has been rigorously winter testing the R1T pickup truck lately in preparation for its release later this year. The R1T has spent time in some of the coldest areas in the United States, including up mountain roads in Wyoming and one of North America’s largest cold-weather testing facilities in Minnesota. Rivian engineers visited Baudette, MN partly to test the performance of its batteries in cold weather.