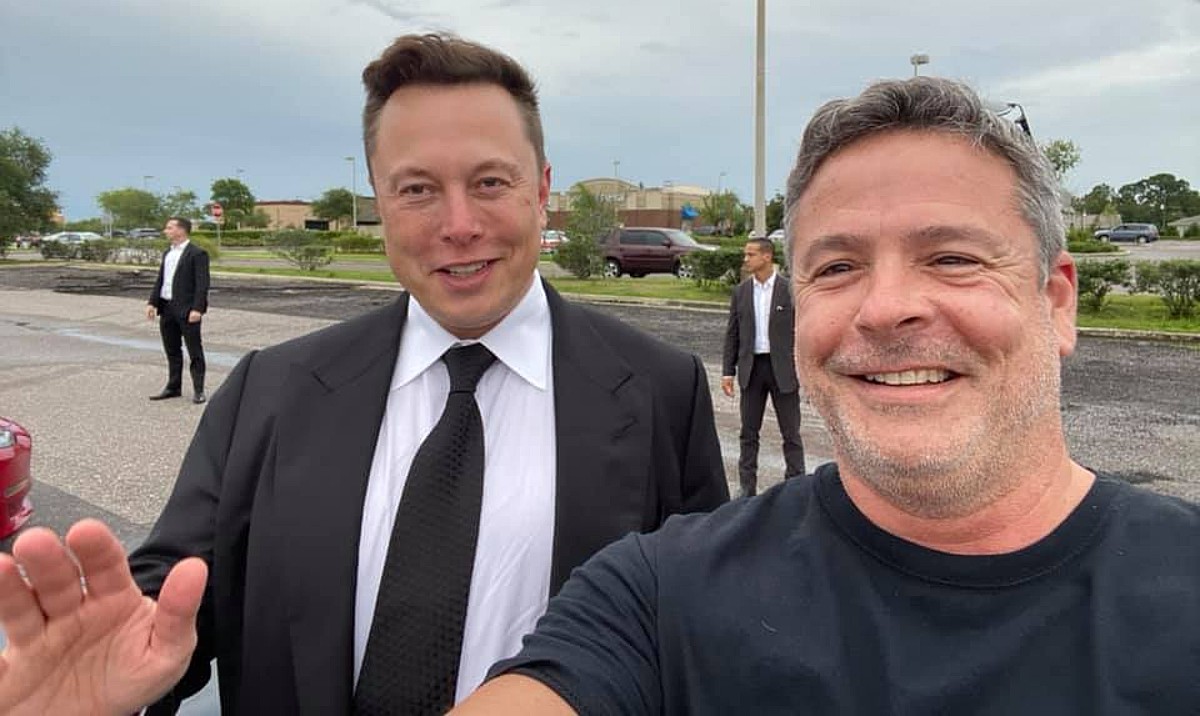 The CEO of both Tesla and SpaceX took several pictures with owners and fans of his company’s electric vehicles at the West Melbourne, Florida Supercharging station. Kennedy Space Center is located just 45 minutes from West Melbourne, which sits on the Atlantic Ocean side of Florida, just minutes from the coastline.

Musk took several pictures with fans donning a smile despite the unfavorable outcome of the Crew Dragon launch attempt, which was canceled due to weather conditions. The launch has been rescheduled for Saturday, May 30, at 3:22 p.m. EDT, SpaceX announced yesterday.

The photo, courtesy of Ralph Fiol, shows the CEO speaking with fans and owners just a few hours after the scrubbed rocket launch. Interestingly enough, Musk rolled up to the Supercharger in a White Tesla Model X, nearly identical to the vehicle Astronauts Douglas Hurley and Robert Behnken rode in which transported them to Launch Pad LC-39A from the Operations and Checkout Building at Kennedy Space Center.

SpaceX and NASA called off the Crew Dragon’s Demo-2 inaugural astronaut flight just 16 minutes before its planned launch. Weather in Florida was certainly unfavorable yesterday with rain and thunderstorms threatening the skies above Kennedy Space Center.

The weather outlook for Saturday is only slightly more favorable, according to reports. However, there is a 60% chance of favorable launch conditions for the SpaceX/NASA crew, with a similar focus on thunderstorm-related challenges.

Despite a disappointing scenario that was simply out of anyone’s hands, Musk made his way to a Supercharger location and interacted with Tesla owners.

Musk is no stranger to adversity with spaceflight missions. In 2008, SpaceX had nearly run out of money after three failed launches. In an interview with 60 Minutes, he detailed the “last chance” that he had with SpaceX, citing the fourth launch as the final straw before making SpaceX a defunct company. Musk said, “It’s bad enough to have three strikes; having four strikes it’s really… kaput.”

After that fourth attempt was successful, SpaceX managed to win a $1.5 billion contract from NASA, which has led to the two entities partnering to move spaceflight back into a focus of the government. This, ultimately led up to yesterday’s attempt, which featured the first time American astronauts are launching from American soil in nearly a decade, thanks in part to the work of Elon Musk and team at SpaceX.