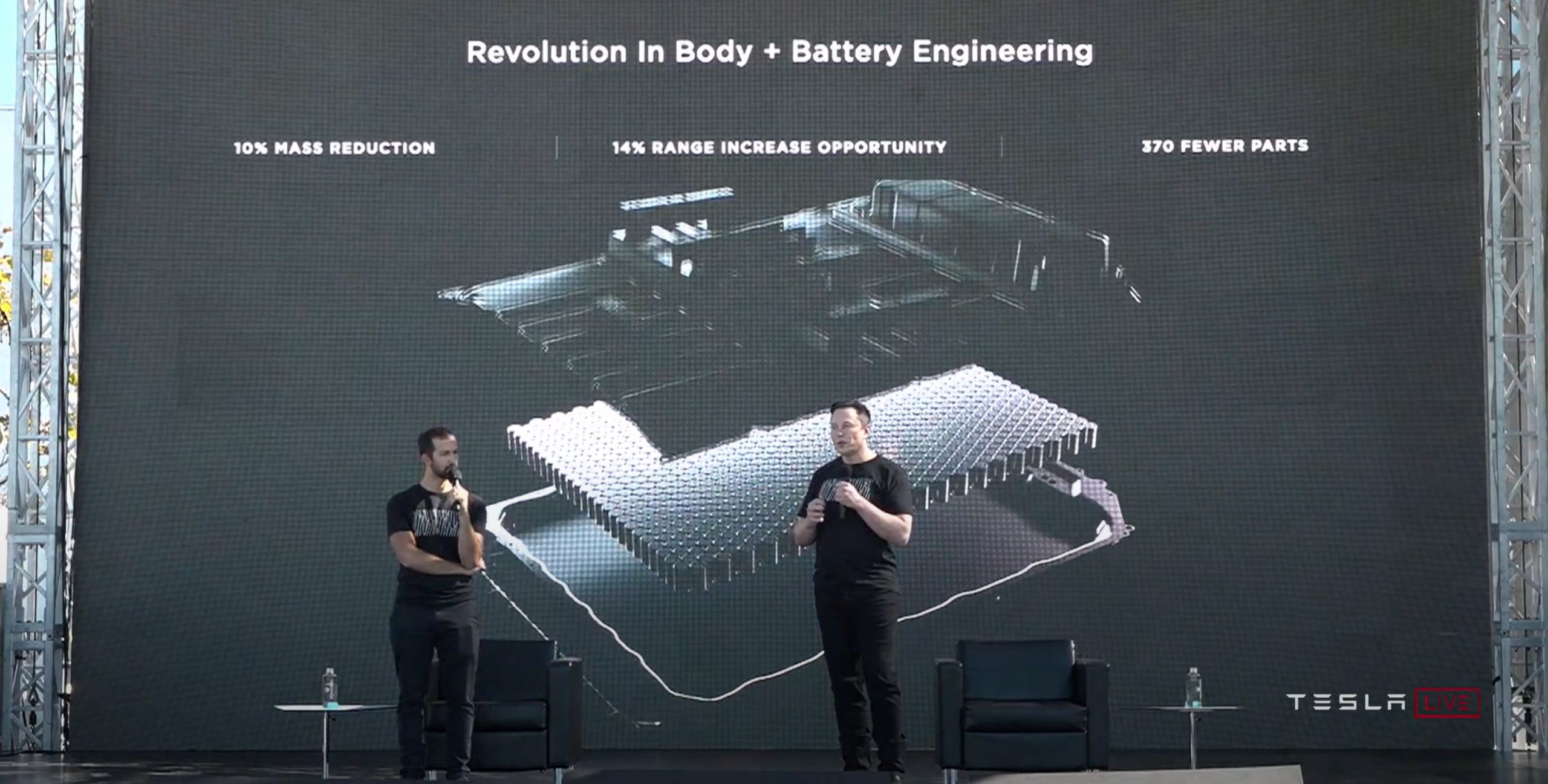 Tesla’s next generation of vehicles like the Cybertruck and the Made-in-Texas Model Y will likely be built with a structural battery pack. Together with the company’s 4680 cells and megacasted parts, Tesla’s integrated battery system is expected to improve its vehicles’ mass and range significantly.

During Battery Day, Elon Musk explained that the use of structural batteries on electric cars could be compared to how passenger aircraft eventually used their wings to store fuel. In the case of airplanes, the weight of the fuel actually provided rigidity to the wing, reducing wing flutter, or the vibrations of the wings due to airflow. Musk noted that a structural battery pack could provide a 10% mass reduction and an opportunity for a 12% range increase for its vehicles.

“Illustratively, an integrated, unitary battery pack may be formed and used as part of the structural support for a vehicle frame. For example, the battery pack may include a bottom layer that is formed from a honeycomb or ridged surface which is mechanically linked to cells within the battery pack. The bottom layer is designed so that it can absorb and distribute impact energy from below, mitigating potential damage sensitive battery materials or breach of the sealed battery pack enclosure.

“In one embodiment, the bottom layer is made from a material that has sufficient stiffness and strength to support the battery cells and react mechanical loads from normal vehicle operation, but also can deform in response to a road strike from below that would otherwise cause failure in the battery pack system. In addition to creating a flexible or crushable structure, the series of ridges can allow gasses to escape from the battery pack should damage occur to a particular cell, or in the event of a thermal runaway occurring within one or more cells of the battery pack.”

Tesla’s vehicles are famed for their excellent safety ratings. Built without a heavy internal combustion engine in front, Tesla’s EVs feature generous crumple zones that help absorb the impact in a collision. If the EV maker’s structural batteries really make its cars more structurally sound, then Tesla could further establish itself as the maker of the safest cars on the road, bar none.

Tesla’s full patent for its structural battery pack could be viewed here.