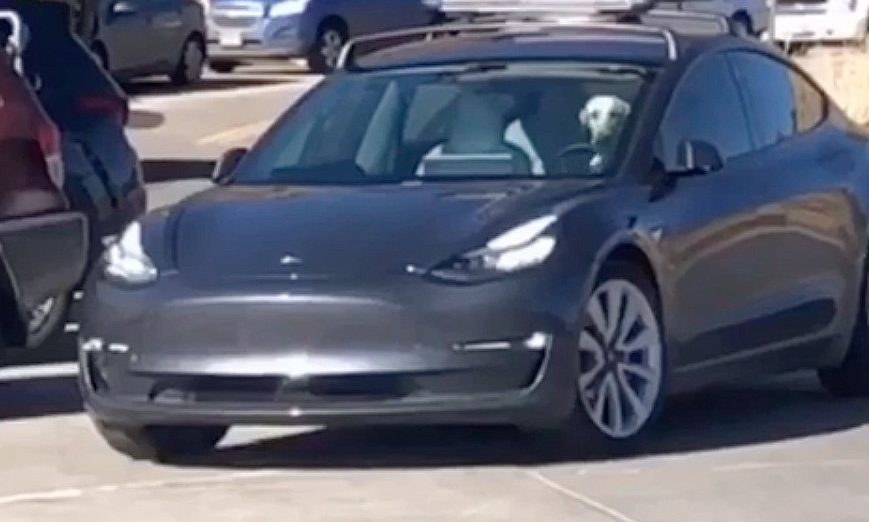 A Tesla Model 3 owner gave a whole new meaning to the term “Dog Mode” recently after his pup appeared to navigate the electric sedan to the driver from across a parking lot.

The owner used the Summon feature to retrieve his car from a parking space while the dog sat in the driver’s seat, giving the appearance that the pup was going to pick up his “best friend” across the lot.

The video was shared by Reddit user u/keytone6432 on the r/TeslaMotors subreddit.

To be clear, the dog was never in control of the car. However, thanks to Tesla’s advancements in self-driving capabilities, the company’s fleet of electric vehicles allows owners to have fun with their pets in a safe way.

Summon is a part of Tesla’s “Full Self-Driving” suite, which is available for $8,000 when purchasing any of the currently available electric vehicles that the automaker has to offer.

Summon gives a parked car the ability to come and find its owner anywhere in a parking lot using the Tesla smartphone app. The capability uses GPS vectoring to zero-in on the location of the smartphone, and the car uses its Autopilot cameras to avoid various obstacles that could be in its way, such as grocery carts and pedestrians.

The newly revised edition of Tesla Smart Summon was released with the Version 10 Software Update in September 2019. Within the first few weeks, the feature had amassed over half a million uses in the United States alone. Regulations in other countries had forced delayed releases so Tesla could narrow down driving laws across the world.

Since its release, the feature has improved significantly. Summon has performed well under some strange and challenging conditions, including a torrential downpour that rescued a family that was leaving the supermarket, an intense obstacle course, and a drive-thru restaurant.

Currently, the feature is available in the United States, Canada, and China. Tesla has released a version of Summon in Europe as well, but owners who have tried to utilize Summon in the EU have had issues with the feature due to strict regulations.

Summon’s purpose is to alleviate stress and labor from owners who may attempt to navigate their vehicles through busy parking lots. Summon is especially useful for people who are forced to go to the store while nursing injuries. However, Summon’s use in this instance shows that the feature can also provide some comedic relief, indicating that Tesla vehicles can be fun for humans and their “best friends,” too.