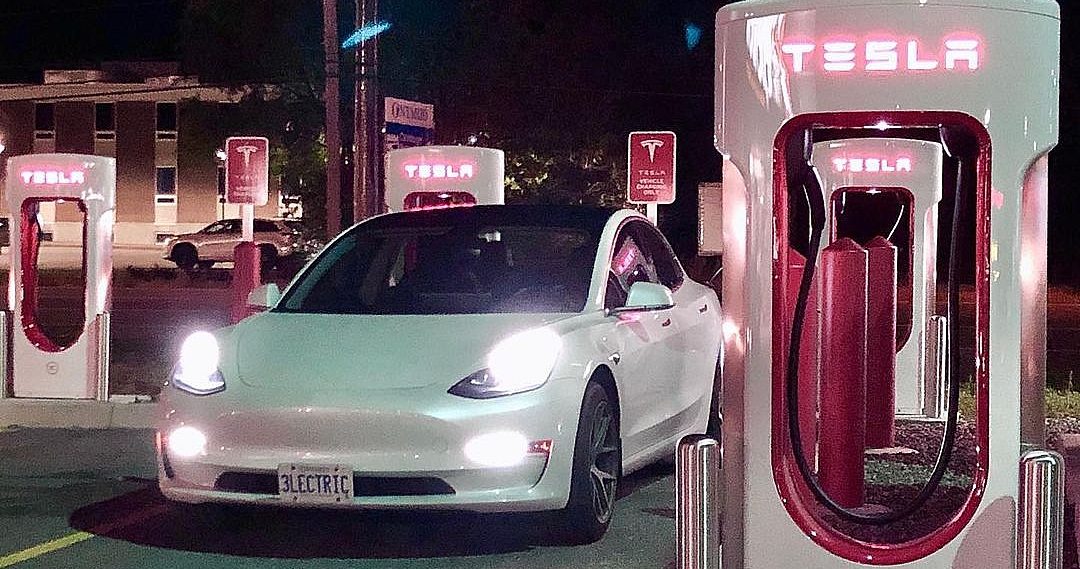 Tesla’s Supercharger ramp is accelerating so hard, it would make sense to open it to other EVs

In a recent update on Twitter, Elon Musk remarked that Tesla Superchargers are being made accessible to other electric cars. This statement received polarizing reactions from the EV community, with some owners noting that such a strategy may result in Tesla customers losing some of the convenience offered by the Supercharger Network. The more vehicles accessing Superchargers, after all, the fewer stations will be available for existing Tesla owners.

Recent reports from China, as well as the company’s strategy in its Supercharger V3 ramp, suggest that this would not be the case. Last month, reports emerged indicating that Tesla is building a dedicated Supercharger manufacturing facility in China, just a few km away from Gigafactory Shanghai. The facility would reportedly be focused on the production of Supercharger V3 stations, and it will have an estimated output of 10,000 units per year.

Similar to Tesla’s other projects in China, the company’s Supercharger facility seems to be getting built at lightning speed. Just recently, Tesla owner-investor @Ray4Tesla posted an image reportedly taken of the Supercharger facility, which started construction in late November. Local reports from China note that production equipment and an HVAC system are already being installed on the site, likely allowing the facility to be deployed earlier than its expected completion date of February 2021.

A look at Tesla’s official page for its Supercharger Network indicates that the electric car maker currently operates 2,000 Supercharger stations with over 20,000 Superchargers across the United States, Europe, and Asia. If Tesla’s Supercharger facility in China meets its 10,000-per-year production target, it would only take the Shanghai-based site about two years to double the number of Superchargers deployed today. This is assuming that the facility does not improve its annual output over the next two years.

Needless to say, Tesla will likely establish more dedicated Supercharger production facilities in the near future. The annual output of such facilities will likely improve over time as well. Gigafactory New York is already producing V3 stations, and it would not be surprising if Tesla builds Supercharger production facilities in sites like Giga Berlin and Gigafactory Texas. This strategy, if Tesla does adopt it, would likely result in the company’s rapid-charging system being ubiquitous.

The number of electric vehicles is bound to increase within the coming years, especially as regions like Europe and countries like Japan adopt policies that are intended to retire the internal combustion engine. With this in mind, having a reliable, expansive system of rapid chargers would become not only as a key advantage, but also a potential source of additional profit for Tesla. All Tesla has to do is to ramp its Supercharger Network at a rate that meets and perhaps even exceeds the already impressive growth of its vehicle production capabilities.

Tesla’s Supercharger ramp is accelerating so hard, it would make sense to open it to other EVs