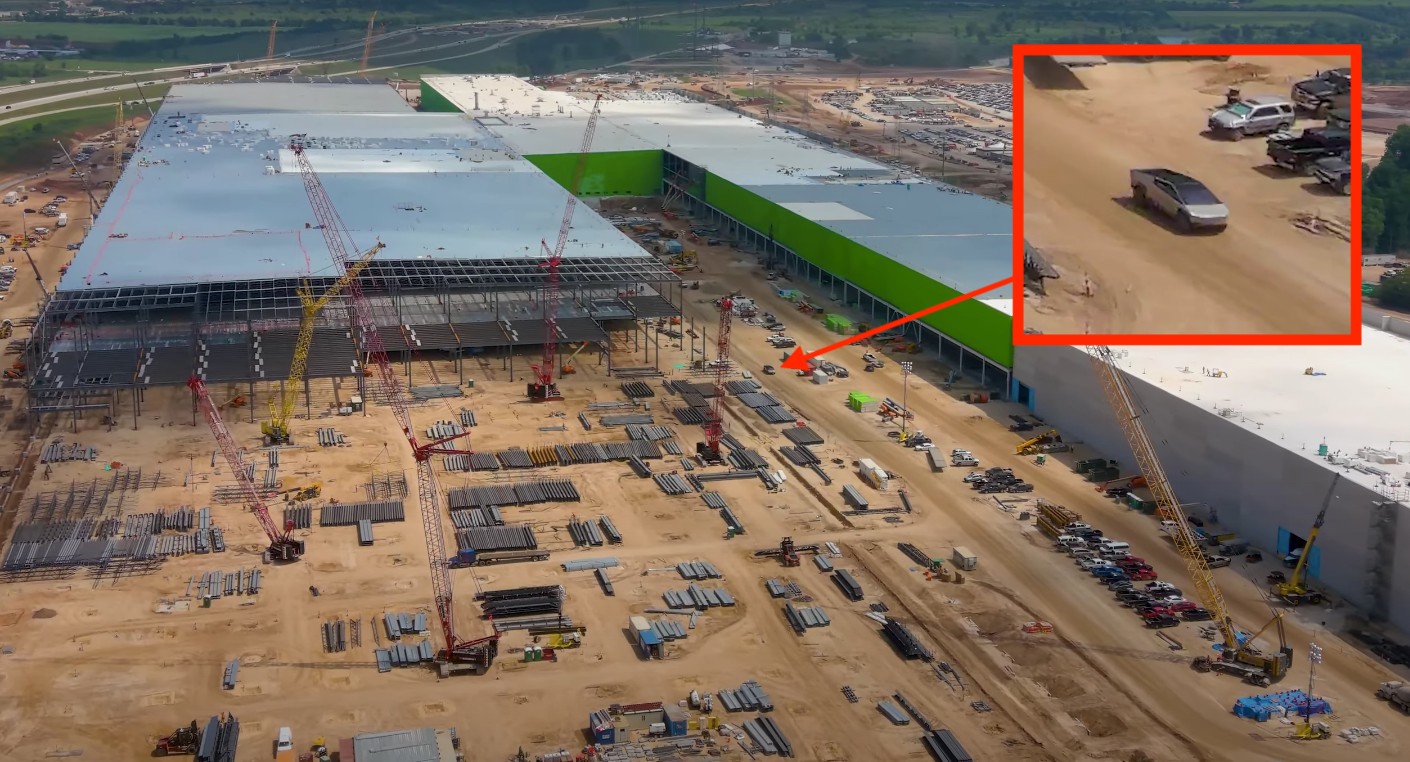 The Tesla Cybertruck is not only large, rugged, and powerful; it is also very quick. This was highlighted during its unveiling when Tesla featured a drag race between the Cybertruck and a Porsche 911. The race was close, but the Cybertruck proved the winner. It was an insane feat, though it was arguably overshadowed by other notable events in the unveiling, such as the ill-fated armored glass demo.

Since the Cybertruck was unveiled, there have been numerous sightings of the vehicle. However, most of these sightings have featured the Cybertruck being driven carefully across cities like New York or around The Boring Company’s facilities in California. Rarely has the Cybertruck been featured letting loose as it accelerates in a high-speed run. That is, at least, until now.

Tesla cybertruck spotted driving right out of the Gigafactory today @elonmusk it is going fast 😉
—at about 2:44 on 5/14/21 Day 296 video by @peterdog15 pic.twitter.com/emAxHONFk0

In a recent video, drone operator Jeff Roberts, who has been observing and chronicling the progress of the Gigafactory Texas site since the facility was announced, was able to capture something special in his recent flyover. While recording footage of one end of Gigafactory Texas, the drone operator was able to record the all-electric pickup truck kicking up some dirt across the construction zone.

The footage was taken from a reasonable distance away, but one could see that the Cybertruck covered a significant distance quickly. The Cybertruck quickly traveled off-frame, but it was evident that it was running at high speed in the few seconds that it was captured on video.

Recent footage from Gigafactory Texas featured several of the site’s workers inspecting the upcoming vehicle. Images of the Cybertruck being placed at one of the higher floors of Giga Texas have also been shared online. Interestingly enough, Tesla has also filed for a permit to film a “Tesla vehicle in motion around Austin.” With this in mind, it appears that more people in Texas may very well see more of the Cybertruck very soon.

Watch the videos of the Tesla Cybertruck’s high-speed run across Gigafactory Texas in the video below.