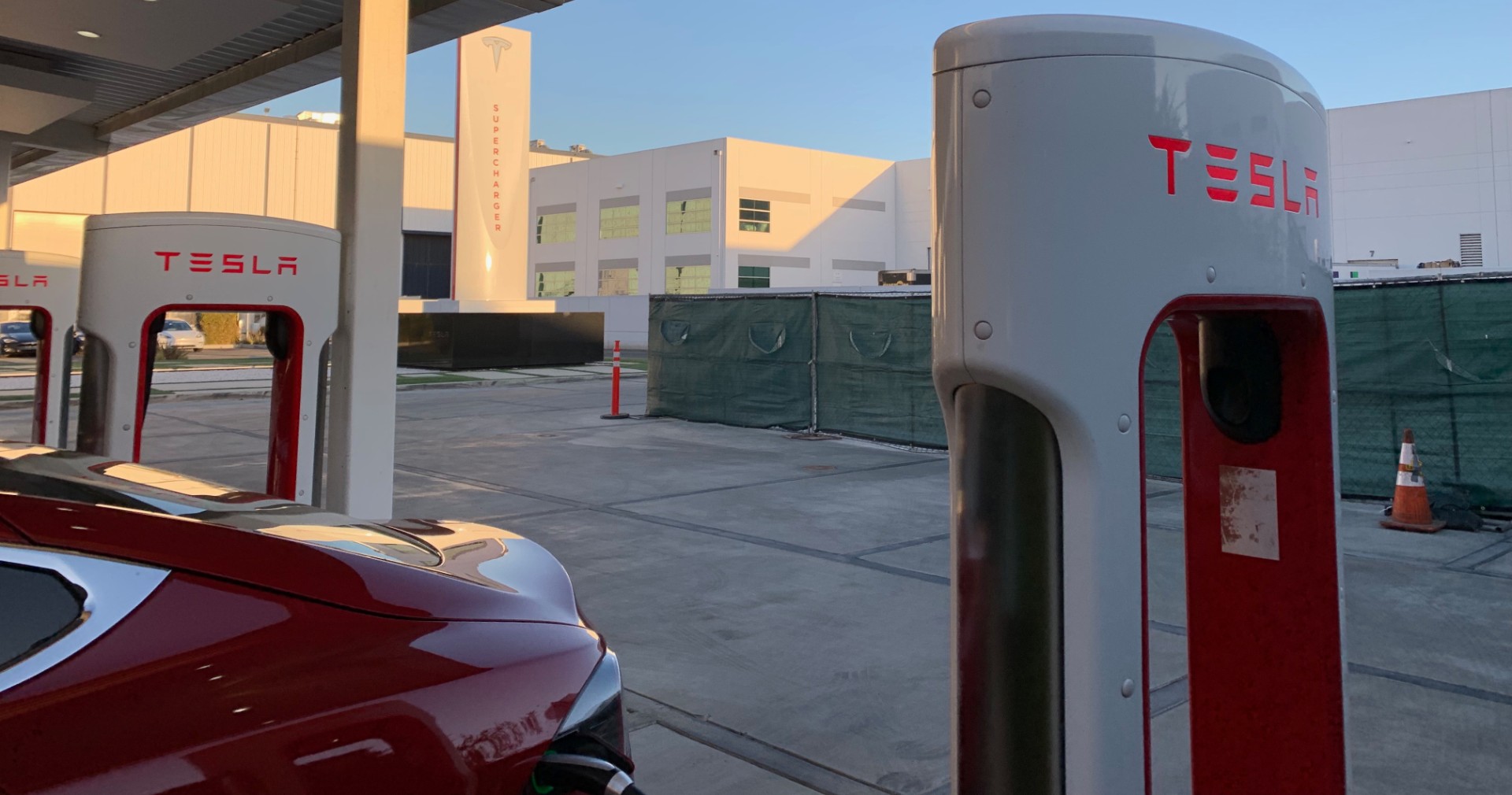 Tesla is installing a number of Supercharger V3 stations at the LA Design Center ahead of the upcoming Model Y unveiling event this coming Thursday.

Photos taken of the ongoing buildout reveal that the new charging stalls are replacing a bank of existing V2 Superchargers. Most of the area is effectively closed off, and sources familiar with the ongoing construction have told Teslarati that the chargers being built at the Design Center are indeed V3 stalls.

Following are some pictures of the ongoing Supercharger V3 buildout at the LA Design Center.

The presence of the new liquid-cooled chargers will likely play a role in the upcoming Model Y unveiling event. Just like the Model 3, Model Y units that will be used by the company in test drives during the launch will likely be able to support Supercharger V3’s 250 kW power output and charge at 1000 miles per hour.

Tesla’s third-generation, high-power charger for long distance was launched last week, with the company pleasantly surprising the electric car community with a new charging infrastructure’s specs. The first station, installed at the company’s Fremont-based Supercharger station on Kato road, is one of several that Tesla will be installing throughout California. Supercharger V3 stations also boast a notable improvement over V2 in the way that they no longer need to split power with neighboring vehicles.

“Supercharger stations with V3 hardware are designed to enable owner to charge at the full power their battery can take – no more splitting power with another vehicle connected to your cabinet. This combination of higher peak power and dedicated vehicle power allocation across the site enables you to charge in half the time,” notes Tesla in the latest over-the-air software update to owners in their Early Access Program.

This results in faster charging times for Tesla owners, with the company estimating that up to 75 miles of range could be replenished in just five minutes. This makes it far easier for members of the Tesla community to go through long trips, as their stops will be shorter with the V3 in place. The faster charging rate also allows more vehicles to be charged per site, which helps the company support an ever-growing fleet. With high-volume vehicles like the $35,000 Model 3 entering the picture, the advantages of V3’s speed will likely become evident.

Supercharger V3 is seeing an initial rollout today, and reports from the Tesla community point to the company not retrofitting its existing network with V3 hardware. This does not mean that there will be no improvements to the current Superchargers, as Tesla has announced that it will be unlocking 145kW charge rates at over 12,000 V2 stations across the world within the coming weeks.