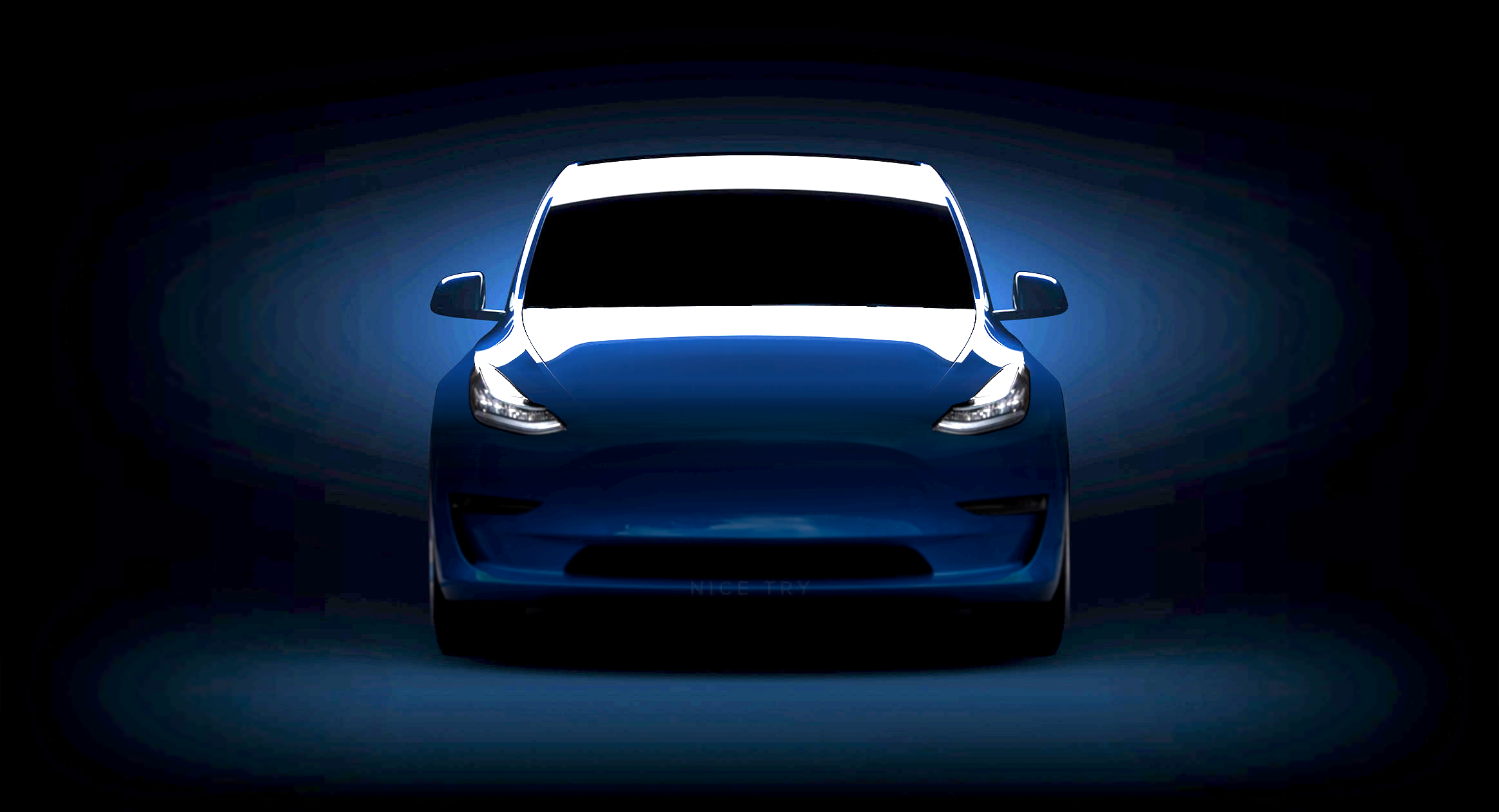 Tesla community members have taken it upon themselves to bring the Model Y to life ahead of Thursday’s official unveiling event.

Redditor J380 shared a rather lifelike Model Y rendering that took an image of a Model 3 and stretched its proportions over Tesla’s teaser image of the upcoming all-electric crossover. By transposing Model 3’s headlight and roofline to an image of Model Y’s silhouette, and one might be able to visualize a vehicle that somewhat resembles a miniature version of a Model X.

The second photo shared by another Reddit user “filled in” the same shadowy email-sourced pic, portraying the crossover EV with a wider hood and curvier overall appearance than the Model 3-based render. That same image was then further altered to brighten the appearance, increasing overall visibility.

This isn’t the first time the Tesla community has taken to Photoshop to render a Model Y to life. Motivated by a similar teaser image that was first shared by Tesla CEO Elon Musk in 2018, Tesla enthusiast and graphic artist Miguel Massé envisioned a crossover with generous ground clearance and an aggressive stance. Massé also imagined a $25,000 Tesla subcompact sedan, first mentioned by Musk during an exclusive interview with tech reviewer and social media influencer MKBHD.

Tesla Model Y is expected to generate more demand than Model 3 and sell at a rate of nearly 1 million units per year. According to Musk, Model Y will also have far lower production costs than any other vehicle in its fleet and achieve a rapid production ramp based on it sharing 75% of its components with Model 3. Previously, the company had planned on building the crossover on a completely new architecture and from a dedicated factory, but after Tesla’s executive team brought Musk back from the “cliffs of insanity“, it was decided that the Model 3 would be the core architecture for the new vehicle.

The Model Y is set to be unveiled on March 14th via a event. Keeping with the pattern of prior company events, the Tesla community has further speculated that more than just the new vehicle will be announced. Some suggestions have included the company’s all-electric pickup truck as a bonus reveal. Supercharger V3 stations have also been spotted being installed at the LA Design Center, leading to speculation that the Model Y will be able to support a charge rate of 1000 miles per hour.