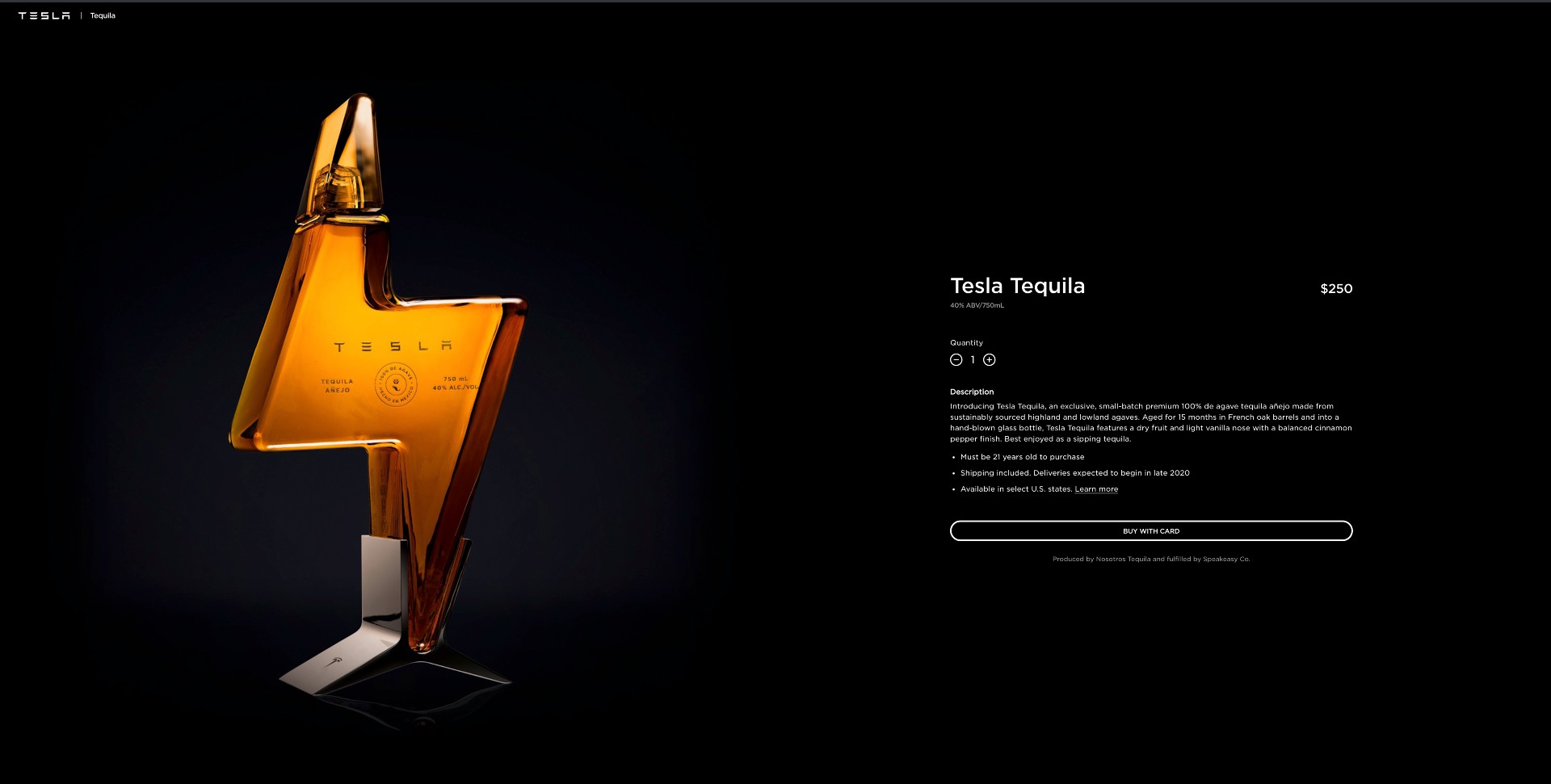 Tesla launches its own Tequila, premium booze with a premium price tag

In what started as a joke on April Fools 2018, Tesla Tequila has been an idea in the making for over two years. A photograph of CEO Elon Musk jokingly declaring “Chapter 14 and a half” bankruptcy, Tesla teased that it had run out of money, and Musk was soaking his sorrows in with bottles of “Teslaquila.”

After the joke, the Tesla community quickly latched onto the sustainable energy and car company’s idea of making its own, exclusive tequila. Musk’s sense of humor took over, and a brand of sustainably-sourced alcohol became one of the CEO’s many side gigs. Unfortunately, the idea of it being called Teslaquila had to be left behind, as patent registrations proved that Musk wouldn’t have access to the name.

The Tesla Tequila is currently available on a segment of the company’s website. For $250, purchasers will receive a 750mL bottle of 40% or 80 proof Tesla Tequila.

The product will also come in a glass, electricity volt-shaped bottle, perfectly fitting the company’s charge toward sustainably sourced energy.

Tesla launches its own Tequila, premium booze with a premium price tag