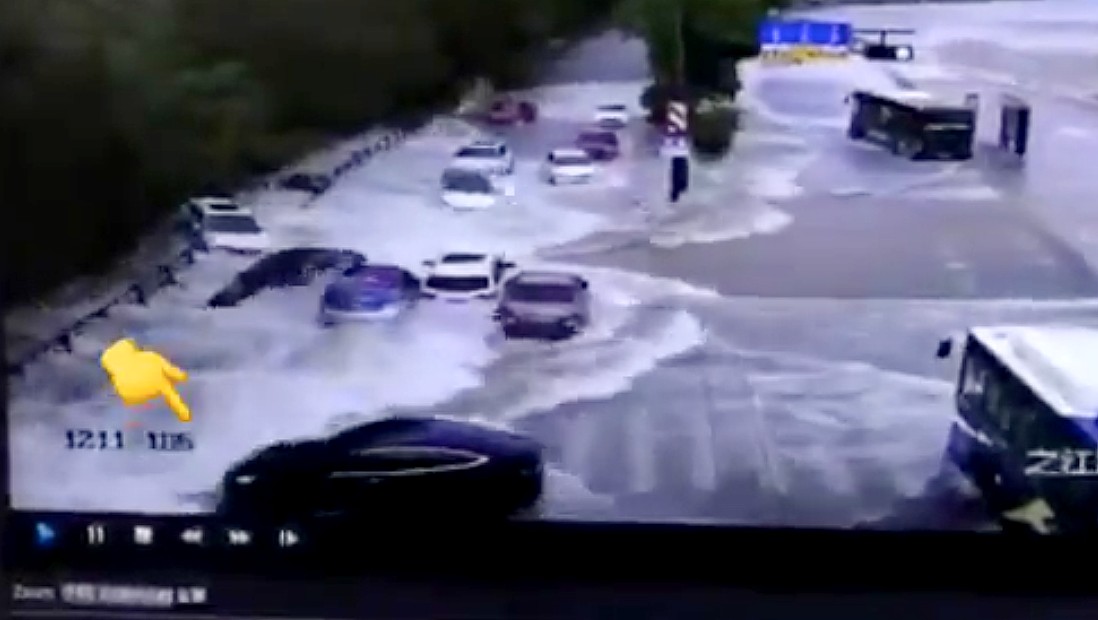 A Tesla owner driving along the Qiantang River near Hangzhou in China recently came face-to-face with something that no driver would ever want to see: a massive tidal wave coming inland. Yet as videos of the incident ultimately showed, the Tesla would prove to be quite resilient, seemingly functioning just fine after getting soaked by water.

A video of the incident recently made its way through Weibo, which was then shared widely across the social media platform. As noted in a post by the Zhenhai Traffic Police, the unexpected tidal bore (a type of tidal wave) rushed onto the road, flooding multiple cars and damaging seven vehicles in the process. Based on the footage, it appeared that numerous vehicles were inoperable following the incident, save for one car.

Among the cars involved in the incident was a Tesla sedan that seemed to be a Model S due to its size, though local reports have dubbed the vehicle as a Model 3. Dashcam footage from the Tesla revealed just how violent the wave was as it carried off the vehicles on the road. But as luck would have it, the Tesla remained operational despite getting heavily soaked, allowing the driver to leave the scene of the incident seemingly without any issue.

Of course, one could say that the Tesla was quite lucky since a nearby bus ended up catching the brunt of the tidal wave. Nevertheless, there is definitely something very impressive about seeing an all-electric car shrugging off a massive wall of water before leaving a group of inoperable ICE cars behind. The incident was no joke, after all, with insurance companies for the vehicles involved already agreeing to settle the owners’ claims, as per a statement from local police.

Tidal bores such as those that were depicted in the video are actually natural for the area. The phenomenon is caused by seawater going upwards along the Qiantang River as a result of gravitational for force from the moon and sun, making the waves a regular experience for residents. The Qiantang River’s tidal bores are among the largest in the world, with tides reaching up to 30 feet and going as fast as 40 km/h (about 25 mph). While regular, tidal bores in the Hangzhou area could be extremely destructive, especially for those residing close to the riverside.

Tesla’s electric cars have been observed to be capable during floods. In China alone, videos of Model 3s traversing deep waters made the rounds on the country’s social media platforms earlier this year. Elon Musk himself has remarked that Teslas could actually serve as boats of sorts for short periods of time, thanks to their sealed batteries and powertrains.