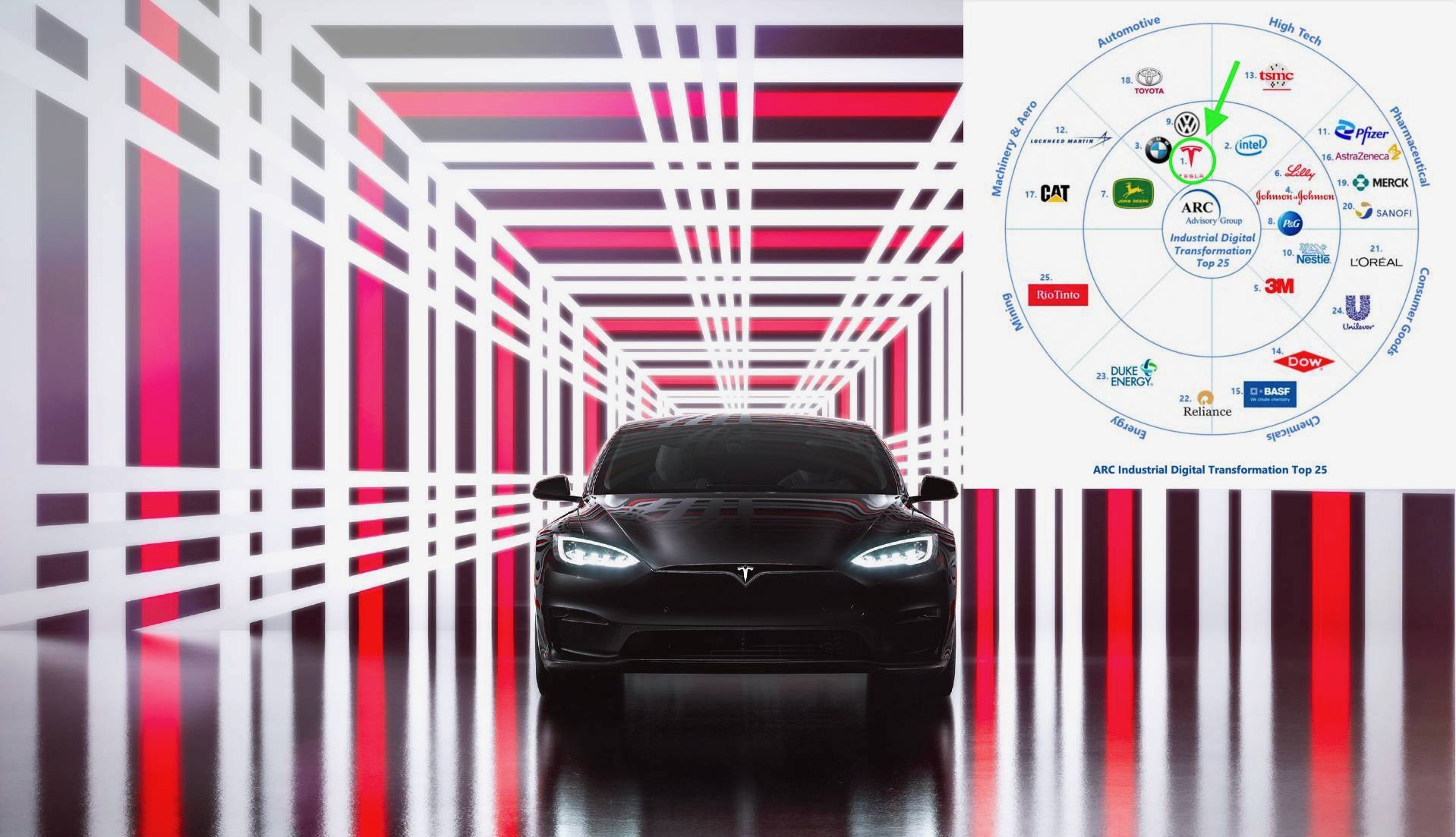 ARC Advisory Group, a technology and research firm founded in 1986, recently released its inaugural Industrial Digital Transformation Top 25 special report. The report analyzes companies across several industries and ranks them based on how well they excel at integrating digital technologies in all areas of their business. Tesla took the number one spot in ARC’s inaugural list.

As per ARC’s report, companies that do well in the integration of digital technologies fundamentally change the way they operate and deliver value to their customers. Marianne D’Aquila, ARC’s director of research, noted that companies that lead in digital transformations usually gain a competitive advantage in their respective industries.

“Digital transformation leaders across many different industries share common traits and visions, helping them overcome complex challenges to innovate and stay agile. Industrial innovation continues to accelerate, and leading companies have their transformation initiatives well underway. For those who succeed, the result is a competitive advantage, even during the most difficult economic times.” the director of research noted.

ARC developed a rather rigorous process to identify and rank the companies in its inaugural Industrial Digital Transformation Top 25 report. The ranking covered three main components of a business — financial indicators, transformation indicators, and collective intelligence. Financial indicators were analyzed by studying a company’s publicly-available financial data, transformation indicators were scored based on software and Environment, Social, and Governance (ESG) data, and collective intelligence was based on selection and ranking by ARC’s own analysts.

As noted by ARC in its report, the companies that made its Top 25 were from a variety of industries. “They share a common thread of leveraging digital technologies to transform business capabilities and outcomes, giving them a competitive advantage during challenging global circumstances. While some shifted their digital transformation efforts during the pandemic, all had some level of preparation prior and have an eye toward the future. For them, digital transformation is not an option, it is a necessity to survive and thrive,” the report read.

ARC Advisory Group describes its reasons for selecting Tesla as the number one company for its inaugural Digital Transformation Top 25 in the following section:

“Some may argue that Tesla started out as a transformative company rather than one that has recently transformed, given that its intent was to disrupt the automotive industry. The company’s growth has been fueled by several bold digital strategies. Founded in 2003, the company’s message from day one was not that an electric car could be good but that it could be better.

“Tesla’s fundamental philosophy internally and externally is to shift perception. Prior to Tesla, the market perception of electric vehicles was a slow, ugly juiced up car with little range. Tesla shifted this perception to one of being a sleek high performance and accelerated mode of transformation. This same strategy is used inside the organization to gain buy-in for digital initiatives and process. For example, when Tesla sets out to automate its internal processes, they try to build it better from the start rather than start a clunky project and hope to get better on revision 4 or 5. This orientation is fundamental in determining what KPIs the company values, as many of them are far different from metrics managed by manufacturers relying on traditional views of success.”

The advisory group also highlighted Tesla’s approach to vehicles, which sees cars more like computers on wheels than intricate machines that take people from Point A to Point B. This strategy, according to ARC, has allowed the company to deliver more value to its customers, making Tesla a distinct automaker whose products are near-incomparable to their competition.

“By showing value from the start and having internal stakeholders support initiatives, internal employee resistance is minimized. As ARC sees it, this is an example of a company that is comfortable with digital transformation and adapts to business challenges with greater ease quickly. Tesla’s digital connectivity has allowed the company to deliver more value to consumers. Their business model is built on the tenet that the vehicles are more like interactive computers with wheels, leading to the creation of an intelligent data platform and connected ecosystem, enabling Tesla to learn from and serve its customers.

“In Q3 2021, Tesla has publicly stated it plans to grow manufacturing capacity as quickly as possible. Over a multi-year horizon, Tesla expects to achieve 50 percent average annual growth in vehicle deliveries. This rate of growth will depend on Tesla’s equipment capacity, operational efficiency, and the capacity and stability of the supply chain.”