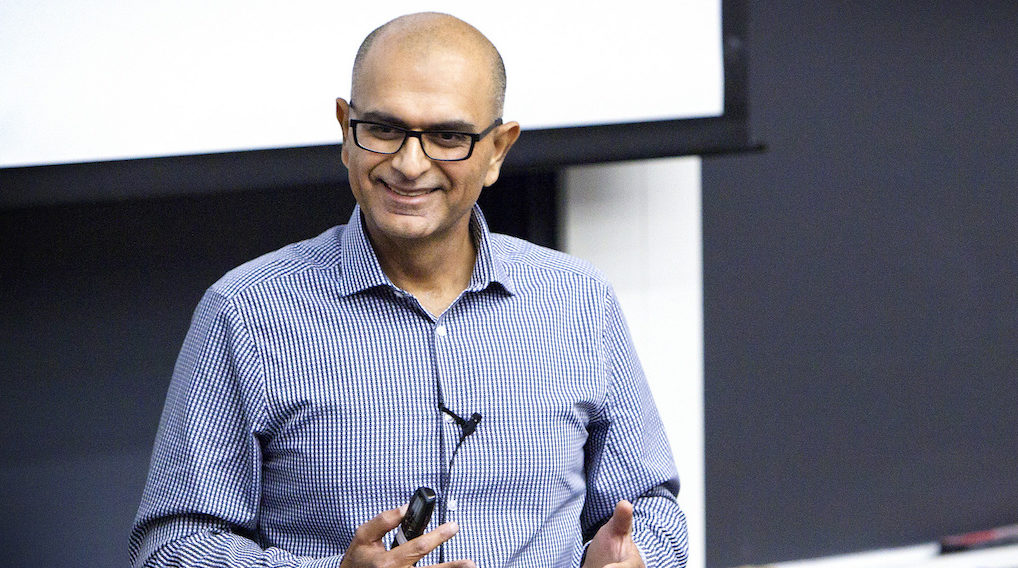 In what could very well be the most surprising update in Tesla’s recently held Q4 2018 earnings call, longtime CFO Deepak Ahuja announced his retirement from the company. He would be succeeded by Zach Kirkhorn, the electric car maker’s vice president of finance, who has been with Tesla since the days of the original Roadster.

The announcement of the legendary CFO’s retirement was related near the end of the Q4 earnings call, with CEO Elon Musk expressing his thanks to the executive for his contributions to the company. Deepak, for his part, also thanked Tesla, stating that the company has arguably the best team in the industry. Despite leaving his post, Deepak is set to play a role in the company nonetheless, with Elon Musk stating that he would continue to serve as a “senior adviser” for “probably years to come.”

This is not to say that Deepak would be leaving Tesla in dire straits. The company has posted its second profitable quarter in a row, and Model 3 production has reached a point where the vehicle could be delivered to international markets. During the earnings call, Deepak noted that he is optimistic about Zach taking over his post.

“I feel really good about Zach taking over. He’s proven his self over the years with many tough challenges he’s worked on,” he said.

“I’ve been deep in the operations of every major program of the company from Roadster to…scaling our energy business and more things to come. I feel we’re starting 2019 with a very strong financial foundation. We have enough cash to start new programs and develop new technologies,” he said.

This is not the first time Deepak Ahuja left Tesla. Back in 2015, the finance veteran announced his departure from the electric car maker. He was replaced by Jason Wheeler, Google’s former VP of Finance, who later departed from his CFO post at Tesla to pursue interests in the public sector. Following Wheeler’s departure, Deepak came out of retirement to fill Tesla’s CFO position full-time.

Deepak Ahuja is among Tesla’s key executives, being with the company since its early days. Prior to his employment at the electric car maker in 2008, he held a rather comfortable position in Ford. In a presentation to graduates at Northwestern University, his alma mater, Deepak pointed out that it was Elon Musk’s vision that ultimately encouraged him to join Tesla.

“Meeting Elon Musk, and understanding his vision of Tesla, was a game-changing moment in my life. I felt passion about this opportunity in a way that I hadn’t felt before,” he said.

As Tesla’s first CFO, he was among the key executives that helped the company navigate through its financial troubles in 2008. He ultimately helped Tesla through its successful IPO as well. Ultimately, Deepak Ahuja’s contributions to the company are notable, and it would not be a stretch to state that Tesla would not be where it is today without the legendary CFO’s work.

Together with Tesla’s Q4 2018 results, Deepak’s departure appears to have been received negatively by Wall Street. As of writing, Tesla stock (NASDAQ:TSLA) is down 4.68%, trading at $294.80.