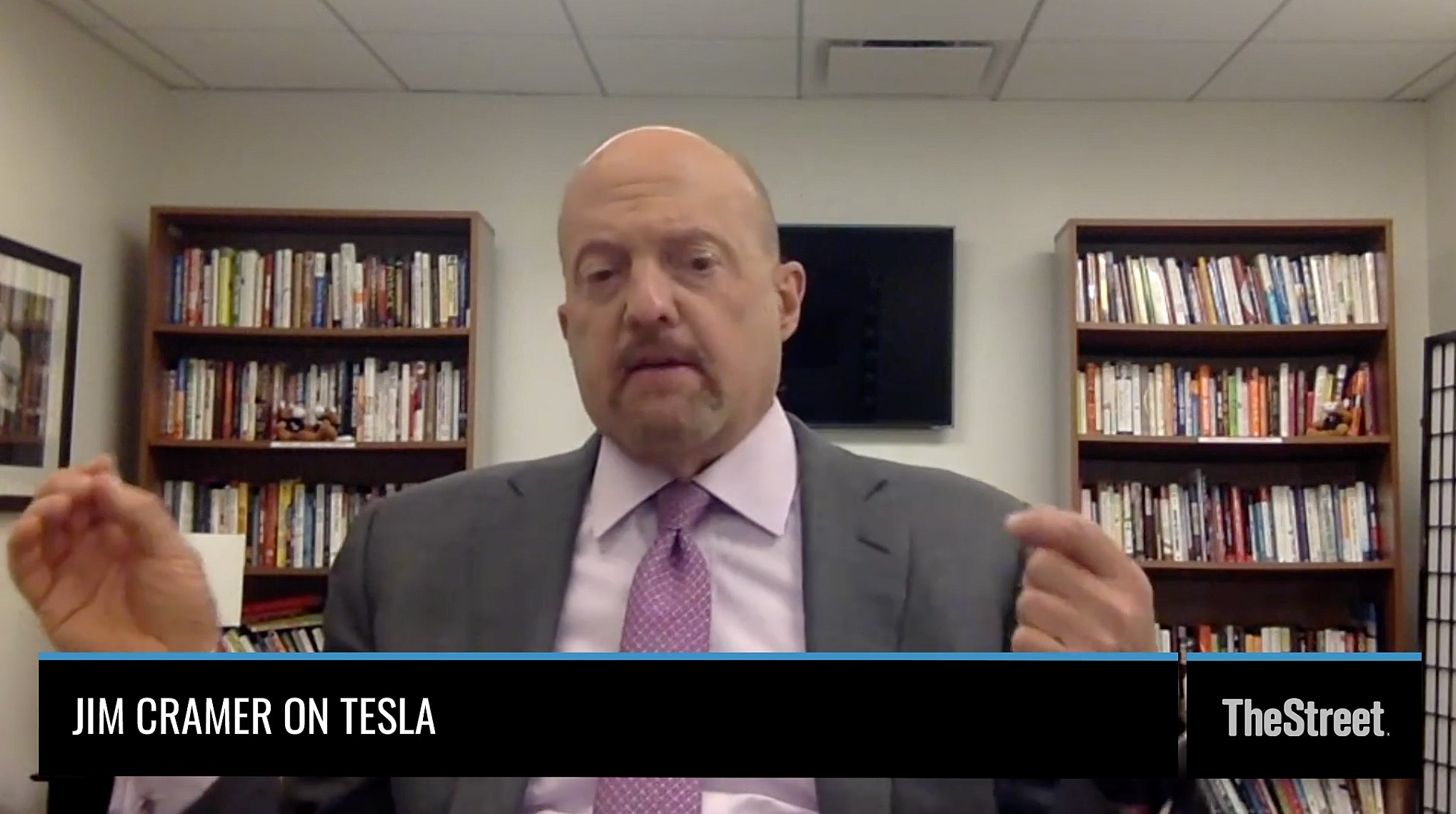 Tesla (NASDAQ: TSLA) will need to show “something big” at its Battery Day event on September 22nd, Jim Cramer says. Otherwise, there could be a potential overhang similar to what happened after the company’s recent exclusion from the S&P 500.

Cramer says that investors who have put cash into the electric automaker’s stock want to see technology developments and not a new vehicle. “They want to see the million-mile battery. They want to know that it’s a technology vehicle that takes you to different places,” Cramer said to The Street. “Something that Elon has been fixated on forever is the notion of energy: What a car can run on and how far it can run.”

Tesla’s expectations for Battery Day have become astronomical, with rumors circulating from the million-mile battery to the company announcing that it will become a full-fledged cell supplier for other car companies.

The rumors and expectations for the event have not played out in Tesla’s favor, Cramer suggests. “The bar has gotten very high.”

Tesla has made so many strides in its technology in recent years that investors have come to expect outlandish developments in the company’s infrastructure. While rumors continue to circulate regarding what Tesla might unveil during the event, there is still no real concrete evidence on what the company will show on September 22nd.

The speculation means that Tesla must exhibit something groundbreaking, or Cramer believes that there could be an overhang that is similar to what resulted from the company being excluded from the S&P 500.

“If he does not show something that indicates that he’s got a battery that is game-changing, then we’re going to suffer from the same overhang that we had when Tesla was supposed to be added to the S&P 500,” Cramer added.

After the announcement that Tesla would not be added to the index, the company’s stock took a substantial hit in value. On Tuesday, September 8th, the company suffered its worst trading day in company history, losing nearly 21% of its total value in one session.

However, TSLA stock has recovered relatively well and is up nearly 6%. At the time of writing, the company’s stock was trading at $394.57.

Cramer believes that the investors who are hoarding TSLA stock ahead of Battery Day have one thing to hope for. “You better hope for something big if you’re buying it for Battery Day,” he said.

Elon Musk, Tesla’s CEO, stated on September 11th that the company would unveil “many exciting things” during the event. However, nobody except for Tesla’s most valuable names know what exactly will happen during the event. Until then, investors and enthusiasts must wait patiently.