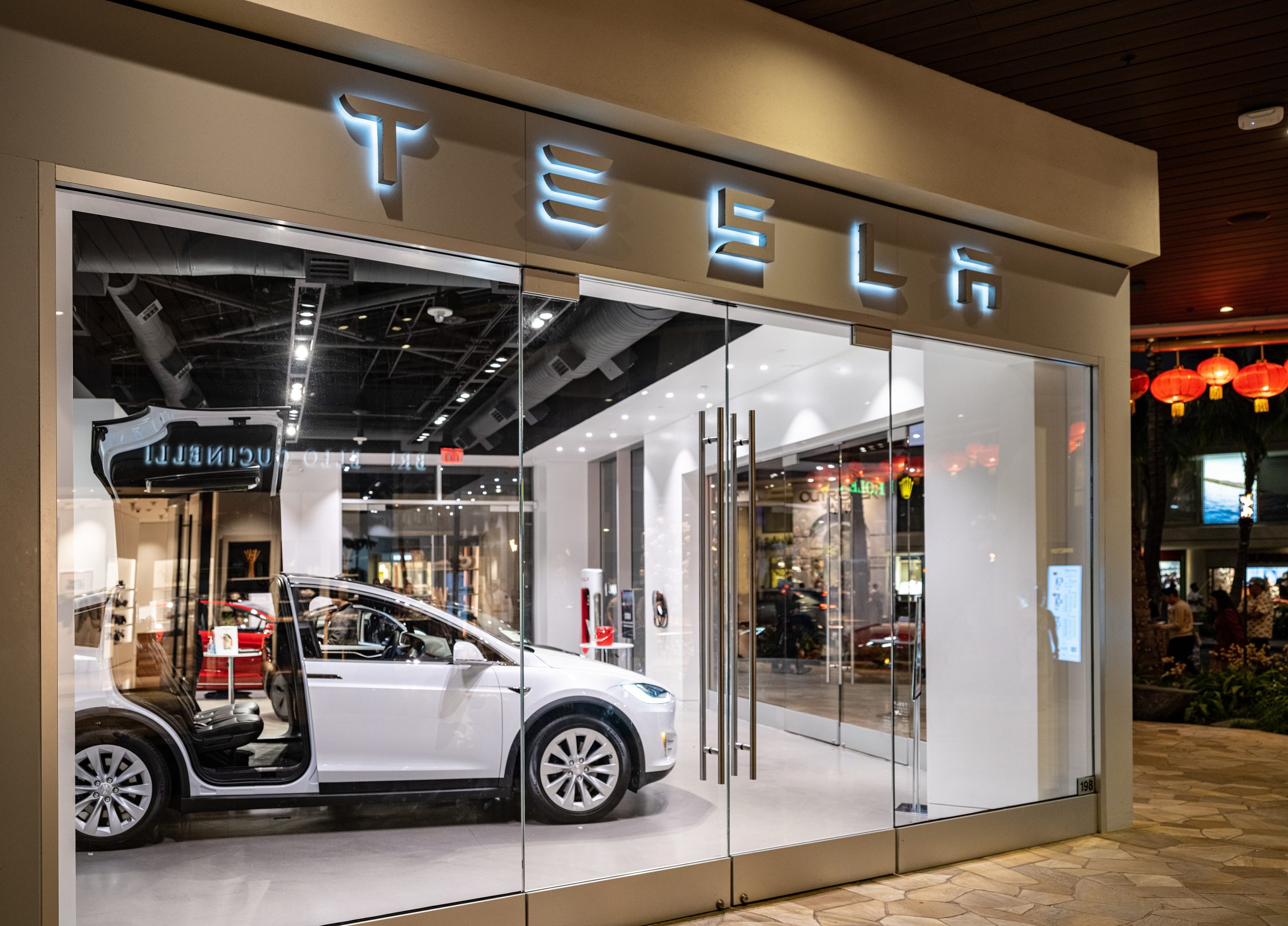 A Tesla retail store at International Market Place in Waikiki, Honolulu, Oahu, Hawaii. Here, a Tesla Model X is on display with its falcon wing doors up. (Credit: Tony Webster from Minneapolis, Minnesota, United States, CC BY 2.0 , via Wikimedia Commons)

Tesla (NASDAQ:TSLA) posted its second-quarter 2022 earnings report after markets closed today. The results, which were discussed in the Q2 2022 Update Letter, were released after the closing bell on Wednesday, July 20, 2022.

Tesla faced headwinds in the second quarter, with the company producing a total of 258,580 vehicles and delivering 254,695. Tesla’s figures could be attributed to Giga Shanghai’s Covid-related shutdowns in April, which cost the company several weeks’ worth of vehicle production.

The following is a quick overview of Tesla’s Q2 2022 results.

Tesla posted total revenues of $16.934B billion with a gross profit of $4.234B billion. In comparison, analysts expected Tesla to post revenue of $16.9 billion. Overall, Tesla’s revenue grew 42% year-over-year.

Tesla posted operating cash flow less CAPEX of $621 million in the second quarter. In total, the company was able to add $0.88 billion in its cash and cash equivalents to $18.3 billion in Q2 2022. Tesla noted that it converted approximately 75% of its Bitcoin purchases into fiat currency, bringing in $936M of cash to the company’s balance sheet.

The Fremont factory was able to produce a record number of vehicles in the second quarter. The next generation of 4680 cell machinery has also been installed in Giga Texas. The new 4680 machinery are currently in the process of being commissioned.

Gigafactory Shanghai currently has a capacity of over 750,000 vehicles per year, but the facility will soon be able to produce more after its upgrades this month.

Giga Berlin exhibited strong production rate improvement at the end of the second quarter, with Tesla Germany producing more than 1,000 Model Y in one week. These vehicles are also equipped with 2170 cells, and thus still use more parts.

As for Full Self-Driving and Autopilot, the FSD Beta group has now increased to over 100,000 drivers. Tesla Vision is also now being used for other features such as tightening seatbelts earlier in certain crashes.

Tesla Energy deployments decreased by 11% year-over-year in the second quarter to just 1.1 GWh, mainly due to semiconductor challenges. Solar deployments increased by 25% YoY in Q2 to 106 MW, however.