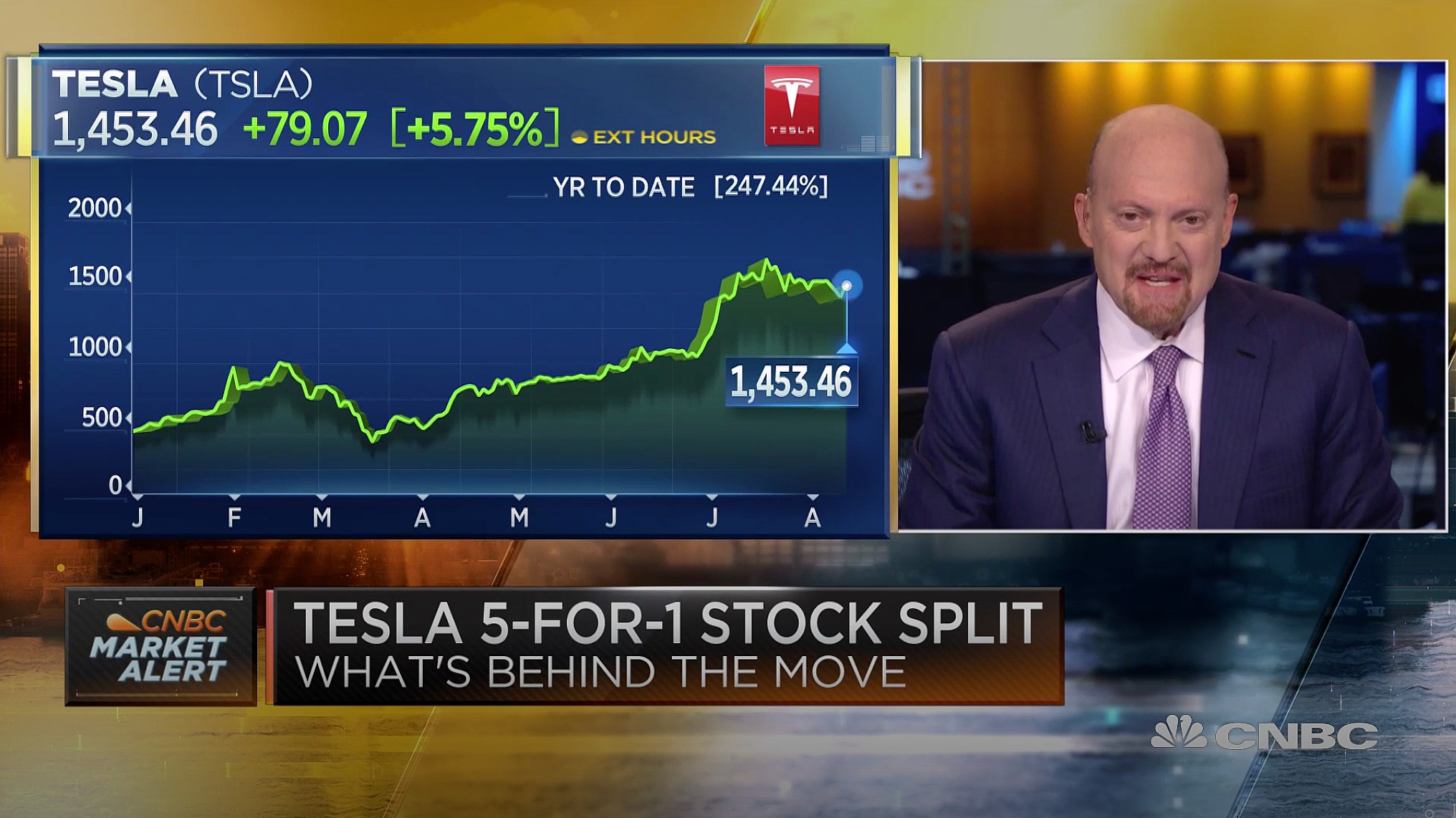 Tesla (NASDAQ: TSLA) has decided to split its stock, and investor and TV personality Jim Cramer is a fan of the move.

Cramer, a Tesla investor, owner, and former skeptic of the company, believes the move from the electric automaker will encourage younger people to explore investing and consider buying individual equities.

Tesla announced on Tuesday that its Board of Directors approved a 5:1 stock split that would divide the electric automaker’s common stock in the form of a dividend.

On an episode of CNBC’s Squawk Box, Cramer talked about the advantages that the move made for younger investors.

“Any value in the stock that is created by this is false. But I think the idea of getting newer, younger people involved into the stock market who aren’t just brainwashed to put money into index funds is terrific,” Cramer said on the program.

The split will reduce the value per share to one-fifth of its price at the end of trading on August 28, taking effect on August 31. Every individual share of TSLA stock that is held by an investor on the 28th will turn into five stocks. The value of each share will be reduced by 80%.

The act of splitting a stock will not reduce a company’s market capitalization whatsoever. It merely increases the number of shares available for trading, and the price is adjusted accordingly.

Cramer is enthusiastic about the move, especially considering the price of the stock has soared so much since the beginning of the year that it has basically taken small investors away from the possibility of buying a full share. Cramer mentioned other tech stocks like Alphabet, Google’s parent company, and Amazon. Alphabet trades at nearly $1,500 per share and Amazon around $3,100.

Those price points per share are intimidating to some younger or less established investors. Stock splitting creates an opportunity for those who are interested in getting involved with companies they believe in, but for less financial risk.

“It shouldn’t create wealth,” Cramer said, “but it can create new people coming and boy, do we ever need that.”

Cramer was openly supportive of Apple’s decision to order a four-for-one stock split last month because of the benefit it holds for attracting smaller investors.

“The best kind of shareholder you can have is an investor small person who wants to stick around, so I am all for this,” he stated.