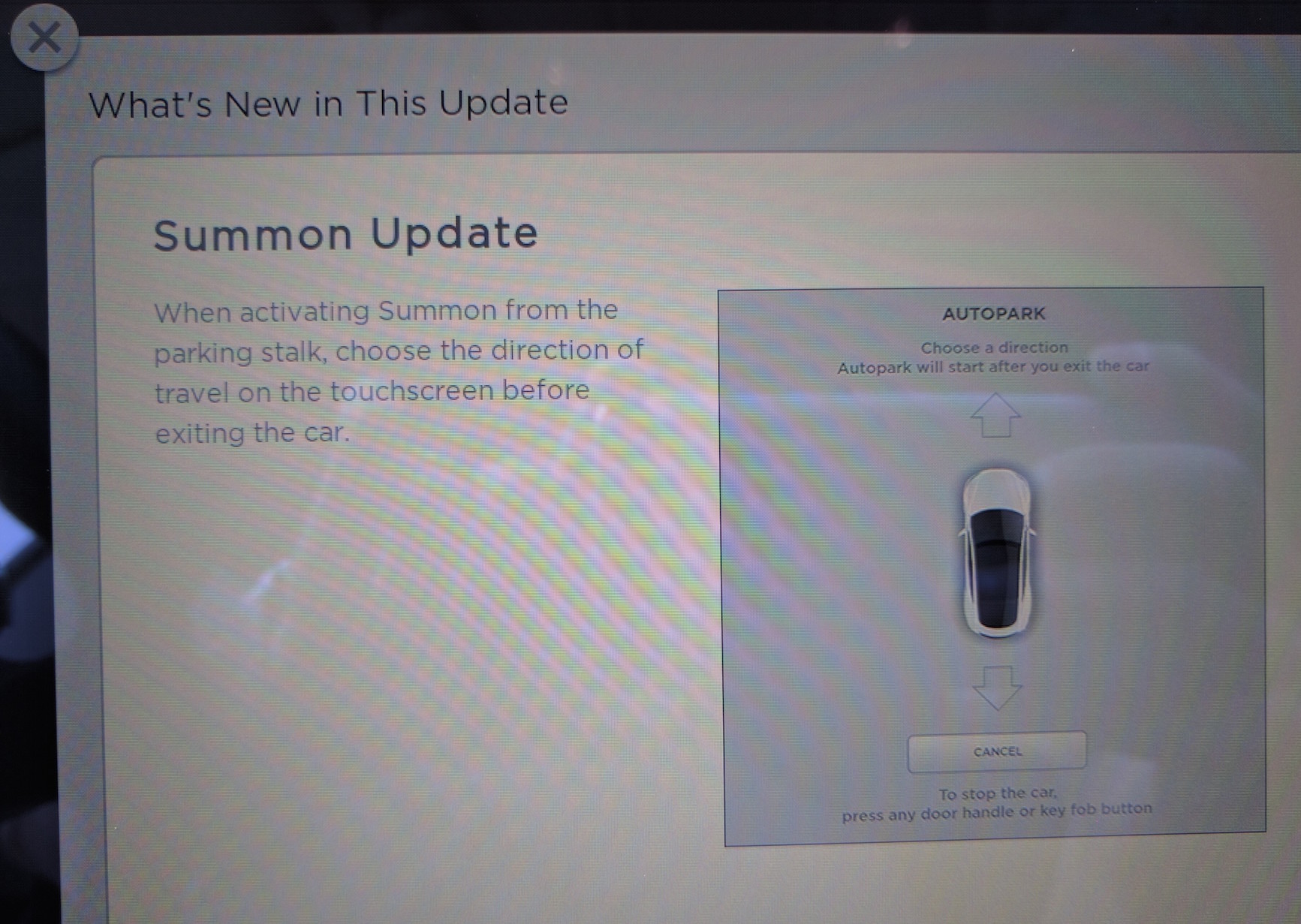 Tesla began pushing a small software update which forces selection of the Summon direction prior to exiting the car when Summon is initiated by the Parking Brake. Though Tesla did not specify the reason behind the latest change, there’s little doubt this latest Firmware update is in response to the recent accident where a Tesla Model S allegedly drove itself into a parked trailer causing $700 worth of damage to its windshield.

As seen in KManAuto’s YouTube video demonstrating a possible explanation of what happened, the Tesla Summon feature had previously defaulted to moving forward once initiated by the Parking Brake button on the tip of the shift stalk. As seen now in the screen shot from the software update, the driver must now select a Summon direction prior to exiting the vehicle as it no longer defaults to Forward.